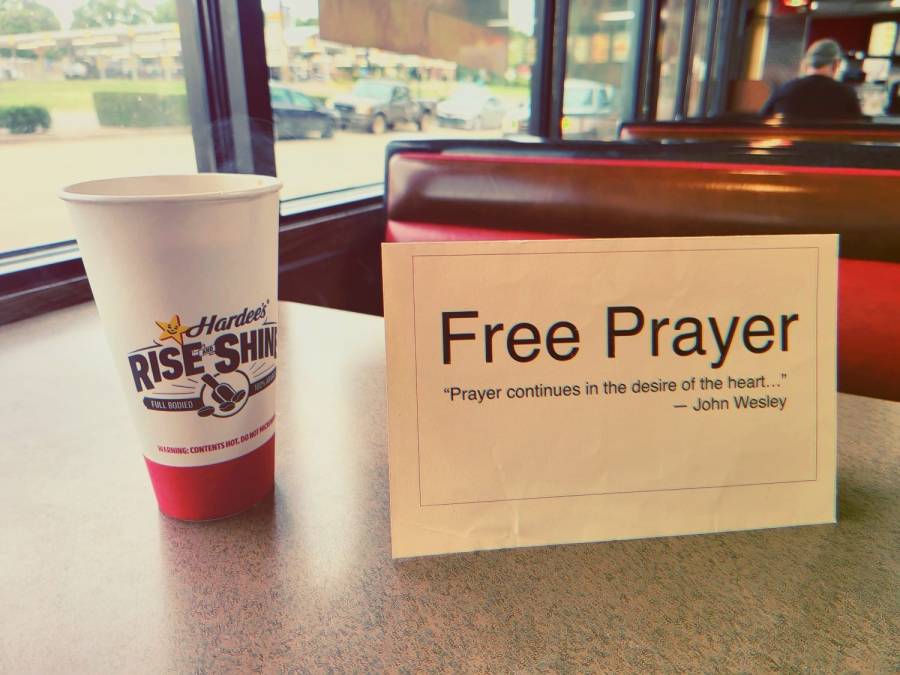 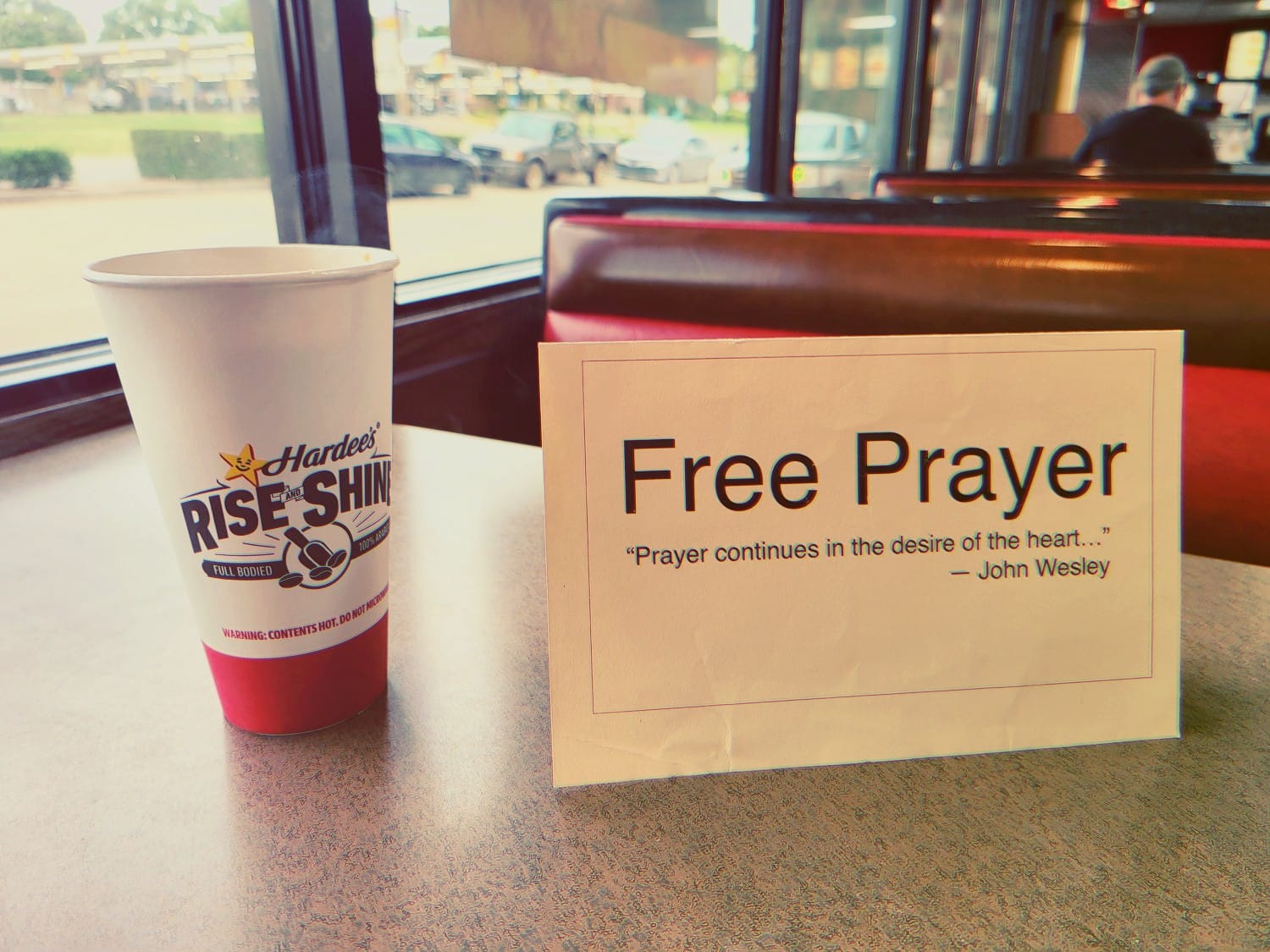 Pastors are typically thought of as welcoming fixtures in sanctuaries, beacons of faith offering guidance to a crowd of people. While this description is accurate, for some Arkansas pastors, it’s only half of it.

“Interacting with my congregation for one hour on Sunday mornings is not enough; occasionally attending ball games and community events is not enough,” said Rev. Amanda Smith of Centennial and Norphlet United Methodist.

Rather than hosting her Wednesday office hours at the church, Rev. Smith will be hanging out at Café 1981 in Norphlet starting on August 24. She invites locals and church members to join her for coffee or a milkshake and, most importantly, a genuine conversation.

“I’m constantly looking for ways to put myself where churches and un-churched people hang out,” Rev. Smith continued. 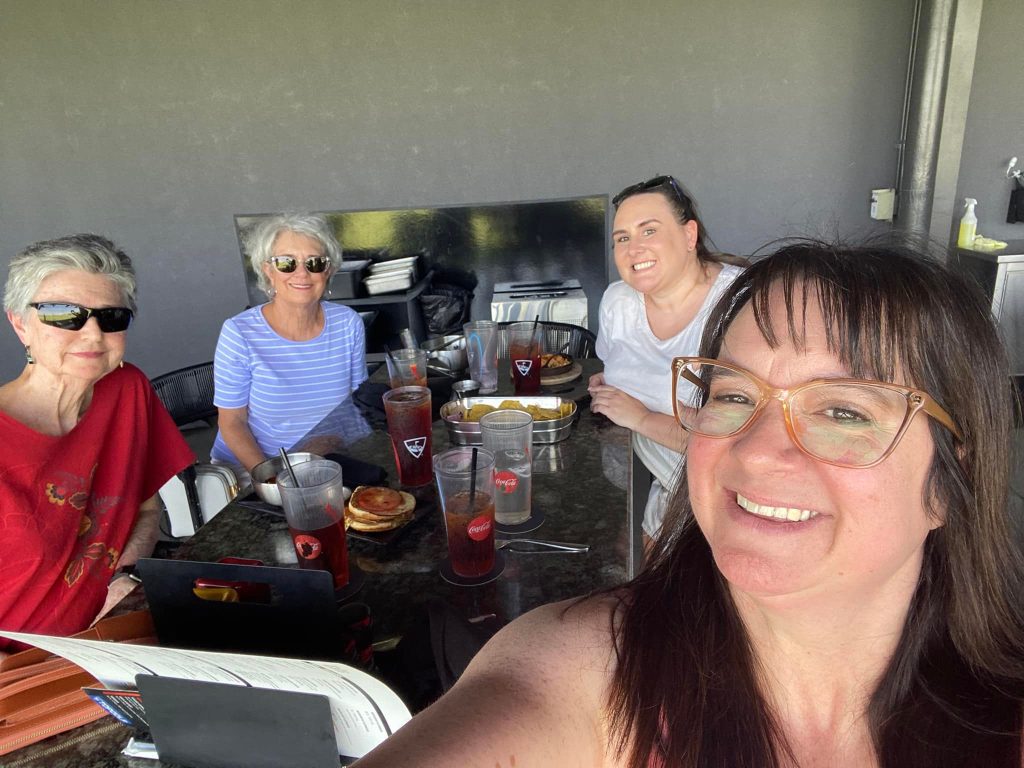 Rev. Michelle Morris of First United Methodist in Bentonville has found luck with a similar approach for more than four years.

“My goal initially was to provide a neutral place for people to meet me instead of having to pick offices,” said Rev. Morris of her decision to take her office hours out of the office and out to breakfast to meet with members of her former Fort Smith congregations.

“Some people were just more comfortable coming to see their pastor in a place other than the church office,” she continues.

She was thrilled to also encounter fellowship and ministry opportunities with other diners and restaurant staff, setting a tradition in motion that she would carry to her new congregation in Bentonville.

This summer, Rev. Morris bought a season pass for Topgolf and spent time with church members and other golfers there once a week.

“I have once again made connections with the staff, including praying with one who had a traumatic loss in her family the day before I was out there,” says Rev. Morris.

“These hours allow me both to show Christ’s love to a hurting and often forgotten population, and they allow me to grow in connection with my people,” she continues.

Rev. Morris plans to continue her project this fall in a local Bentonville coffee shop.

“Since the towns I have served in don’t have coffee shops with indoor seating space, I tend to go to Hardee’s on Tuesday mornings to have some breakfast and then spend an hour or so having coffee with my sign on the table,” says Rev. Michael.

He sits with a sign reading ‘Free Prayer’ and simply waits to be approached. His goal is to offer spiritual support to anyone in his community who is willing to ask for it.

“It can be intimidating at first for a pastor to try it for the first time because they are putting themselves out there and becoming a bit vulnerable,” says Rev. Michael.

That vulnerability has paid off for Rev. Michael and his incredible example of the gospel.

“It led to relationships with people who would never darken the door of our local churches and may never have experienced the love of God otherwise,” he says.