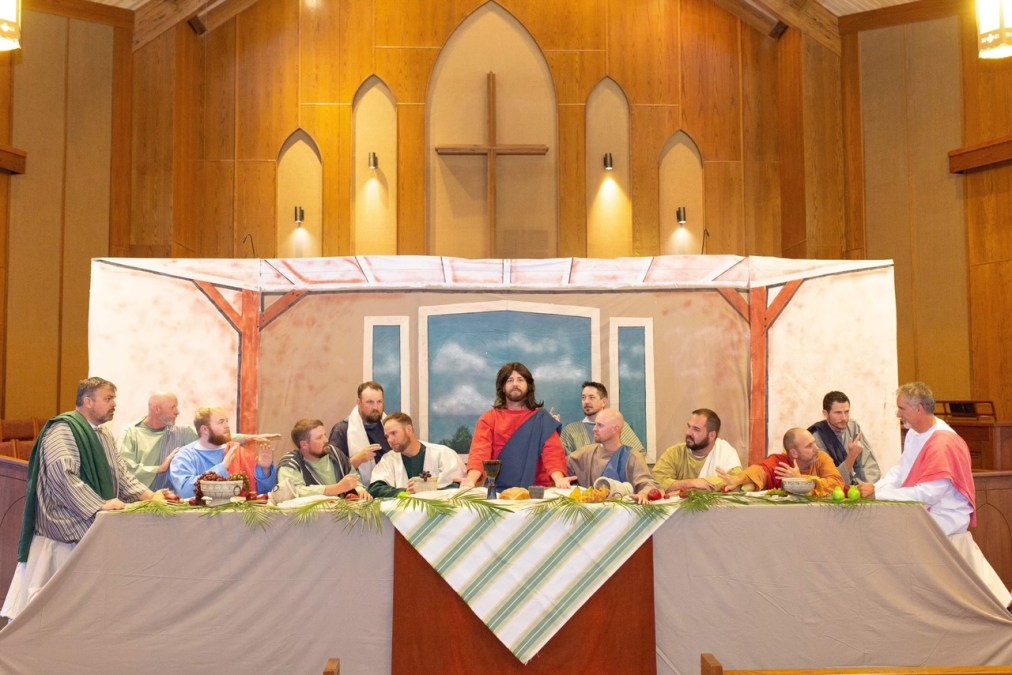 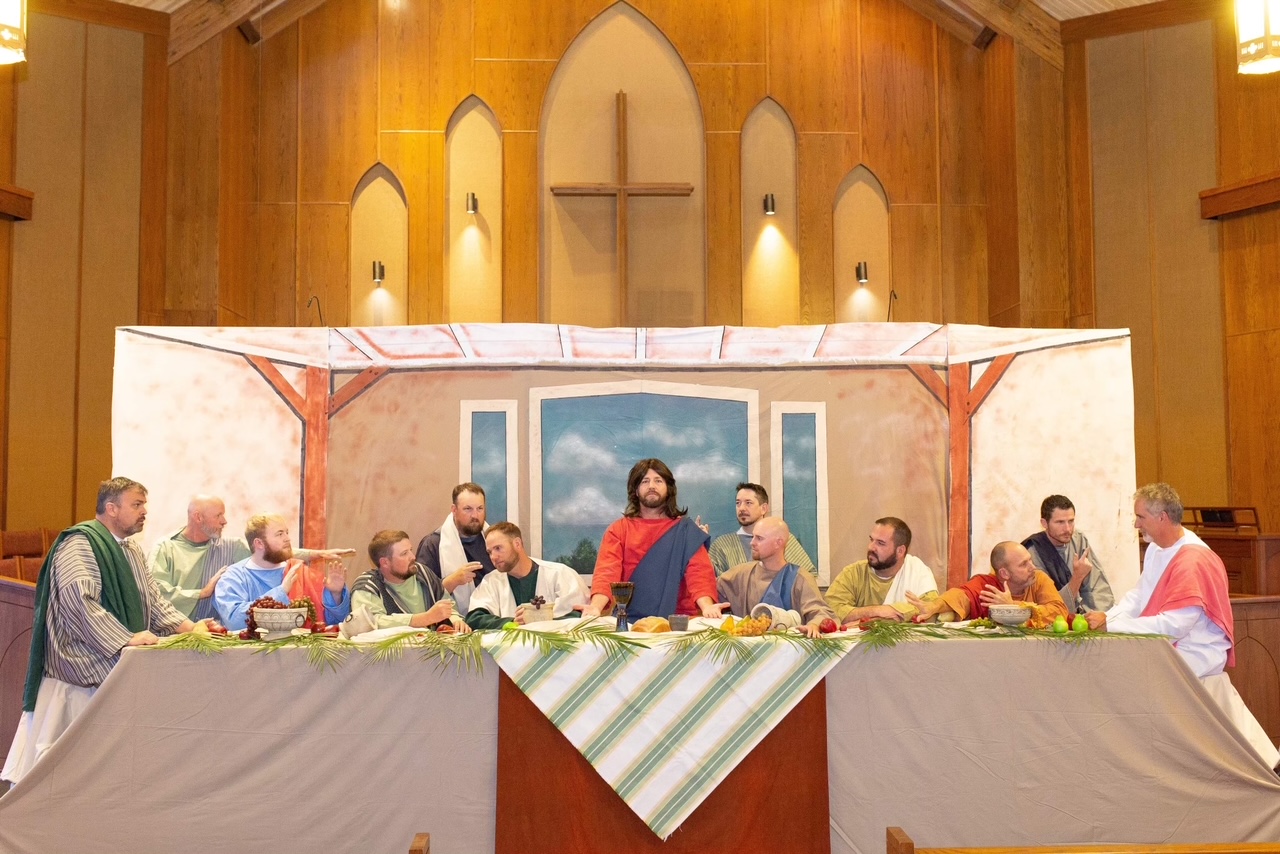 In a spectacular Holy Week drama, thirteen men of the First United Methodist Church in Sheridan portrayed Jesus and the twelve disciples as they appear in the 1494-98 Leonardo Da Vinci painting of the “Last Supper.” One by one, the disciples captured the tension of the moment when they described their relationship and belief in Jesus after he had said, “One of you will betray me.” Each disciple ends their part with a question about the betrayal, saying to Jesus, “Is it I?”

The drama ends with Jesus presenting the broken bread representing his broken body, and the cup, representing his shed blood, which is the basis of the Eucharist and Holy Communion services that have been observed by Christians for centuries.

The dramatization was directed by Summer Scott, a Sheridan High School teacher, and the scripts were from the works of Dr. Ernest Emurian and Pat Underwood. This drama was first presented in 1954 when Dr. Emurian was pastor of the Elm Avenue Methodist Church in Portsmouth, Virginia.