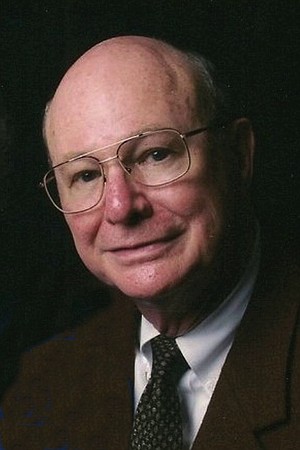 John Overton Alston, a United Methodist minister, died peacefully Friday, August 27, 2021, with family at his side. He was born February 23, 1931, in Mena, Arkansas, to the late Overton Bettis Alston and Alice Pearl Williams Alston. He was preceded in death by his brother Maurice Edward Alston of Shreveport, Louisiana, and his sister Helen Marie Wallace of Lebanon, New Hampshire.

John grew up appreciating what little he had. Food came from the family’s meager farm. A horse was extravagant transportation, but it sure beat walking in his one pair of shoes. The television wasn’t in the living room – it was in the window of the local general goods store; the house lacked electricity, and the closest radio was far down the dirt road. After his father became an amputee, John, being the youngest, was the only one left at home to help his mother around the farm once his brother joined the Air Force and his sister married. His humble beginnings and commitment to a Christ-centered life meant he never yearned for material things. He appreciated people more than things, he was always willing to help those in need, and he had a special place in his heart for those who lived life to the fullest with little in the way of worldly possessions.

John graduated from Acorn High School (Mena), Hendrix College (Conway), and Perkins School of Theology, SMU (Dallas, Texas). Following high school, he enlisted in the Army Reserve National Guard, drove a Coca-Cola delivery route, and worked in a newspaper office in Mena. His Polk County Guard unit was activated for duty in Korea during 1950-51. (After cruises to and from Korea courtesy of Uncle Sam, John never developed a love of the sea nor the desire to experience another cruise.) Upon return, he was the first veteran of the Korean Conflict to enroll as a student at Hendrix. As students entered the college cafeteria, John was known for being able to address each one by name. His budding call to ministry was nurtured through the “pre-the” (pre-theology) community on campus and “caravan” outreach trips off campus. He met the love of his life, Mildred Chapman from Louisiana, while they were both students at Perkins School of Theology; their first date was to an SMU basketball game, and they married in Cox Chapel at Highland Park Methodist Church in 1959.

John was frugal with everything but his generosity, time, and love. From clipping coupons to cleaning the cake batter bowl, nothing went to waste. Socks with holes were still socks; hand-me-downs (or hand-me-ups) were favorites; the old whatever, as long as it worked, was new enough. When you had a conversation with him, you always knew you had his full attention. He related well to all ages through his care and compassion, quick wit, silly humor, ping-pong prowess, and occasional pranks. Friend to all, John always had a dad joke ready for the occasion.

John drove countless miles over the years to support his children through piano, dance, scouting, and sports. He loved them dearly and everything they have become – committed Christians with strong family bonds. Ellen, Gayle and John all followed in his footsteps to Hendrix, and his daughters have both been called to church leadership and ministry. He beamed with pride when speaking of his son and his commitment to public service as a police officer and detective. John adored his grandchildren, was eager to share in their games, concerts, or other activities, and was glad when they visited to share time, stories, a meal, or premium chocolate bought at a discount after the most recent holiday.

John loved working crossword puzzles – in pen, never pencil. Anyone visiting the house would find the latest unfinished puzzle resting on a nearby end table with a ballpoint pen on top. Never one to boast of his mastery, he ensured completed puzzles quickly disappeared. When handwriting became more difficult, John switched to Mahjong on the iPad with the same tenacity and precision.

By far, John’s favorite activity was keeping up with family and friends. Sunday afternoons and unfilled evenings were spent maintaining those connections until he became unable to do so. He talked on the phone as much as a teenager. He cherished gatherings like the Alston Family Reunion on Rich Mountain. He appreciated the outdoors, especially state and national parks, and he loved sharing the places he loved with people he loved. He had worked one summer as a student minister at Glacier National Park, and forty years later took a trip with extended family to revisit breathtaking landscapes, as well as the site of his once getting “stuck” overnight across the Canadian border.

Now having crossed the boundary from earth to the great beyond, John’s gentle spirit will live on in all whose lives he touched. The words that keep coming up as loved ones speak of him are “kind,” “full of peace,” “funny,” and “one of a kind.” Mere words cannot fully describe the gift of his life, and the impact of his living and loving will continue to transcend his earthly frame and the years it has been such a privilege to share with him.

The family would like to extend deepest gratitude to the committed and capable staffs of UAMS Hospital, St. Vincent Rehab Hospital, Lakewood Health and Rehab, and Hospice Home Care for the attentive care and genuine concern shown to John and his family throughout these last few weeks.

A service celebrating his life will be held at 11:00am, Friday, September 3, 2021, at Gardner Memorial United Methodist Church in North Little Rock. The family will receive guests beginning at 10:00am.