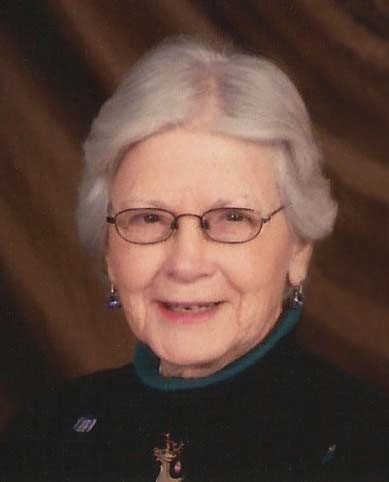 Annie Beatrice Martin, 87, passed away peacefully in Waverly, Ohio on October 11, 2020. She was born September 18, 1933, in Philadelphia, Mississippi, the daughter of the late Andrew Williamson and Addie Lee (Banks) Williamson. She grew up in the Philadelphia area and graduated from Millsaps College in Jackson, Mississippi. On January 3, 1958, she was united in marriage for 61 years to Albert William (Bill) Martin, Jr. who preceded her in death on January 9, 2019. Surviving are three children, Sara Lee (Sally) Delgado (husband, José Delgado) of Athens, Ohio; Andrew William Martin (wife Christina Ashby-Martin) of Lubbock, Texas; and Anthony Lloyd Martin of Ashland, Oregon; two grandchildren, Alejandro Delgado (wife Lauren Delgado) of Cincinnati, Ohio; and Alma Ann (Annie) Martin, of Pittsburgh, Pennsylvania. Cremation arrangements are under the care of Boyer Funeral Home (Waverly).

Bea was a retired school teacher and administrator of Skyline Urban Ministry, in Oklahoma City, Oklahoma. During her long career in education, she taught multiple grade levels and subjects at several different institutions and worked for the Board of Missions of the Methodist Church, which later became the Board of Global Ministries of The United Methodist Church. She and Bill met when they were both teaching at Robinson School in San Juan, Puerto Rico. After they were married, Bea completed a Master’s degree in teaching at Peabody College in Nashville, Tennessee while Bill attended Vanderbilt University. During this time, Bea and Bill were active in the Civil Rights movement. They participated in the Nashville sit-ins, helped to organize student protests, and started a family. While raising three children during the next 30 years and living in various parts of the United States, Mexico City, and Puerto Rico, Bea continued to teach and was active in several Methodist churches. She served as a librarian for the Seminario Evangélico de Puerto Rico in Hato Rey, Puerto Rico, during the early 1970s, and resumed teaching at Robinson School. She later taught at the Navajo Methodist Mission School in Farmington, New Mexico, and McCurdy School in Española, New Mexico. In the 1980s and 90s, while Bill taught at Oklahoma City University (OCU), Bea served as an administrator at Skyline Urban Ministry, a mission outreach of the Oklahoma Conference of the United Methodist Church, from which she retired in 1996. Bea was active in Chapter 238 of Amnesty International in Oklahoma City and in the Oklahoma Coalition to Abolish the Death Penalty. Bea and Bill were arrested numerous times following demonstrations against the death penalty in Oklahoma and received a lifetime service award from the Coalition.

For those who wish to make memorial gifts, the family suggests donations to Amnesty International, the Alzheimer’s Association, Reconciling Ministries Network (UMC), the National Coalition to Abolish the Death Penalty, Pike County Outreach Council in Waverly, or a local food bank. Bea’s remains will be buried with Bill’s in the cemetery of Pea Ridge, Arkansas, where Bill’s parents, grandparents, great-grandparents and many other relatives are buried. A burial service will be officiated by Rev. Kathy Brown from St. Paul’s United Methodist Church in Tulsa, Oklahoma.