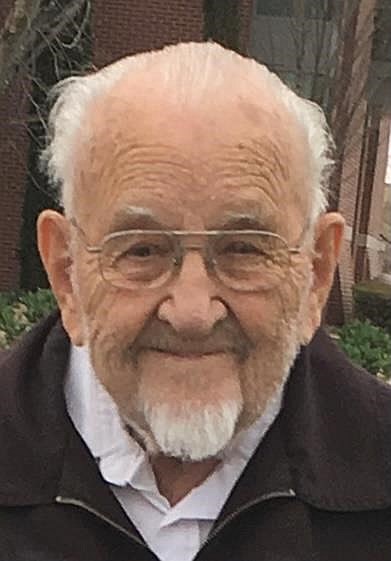 Born on February 28, 1921 at Bodcaw, AR, Wendell was the son of James Marion Barbaree, Jr., and Fannie May Ward Barbaree. After service with the Civilian Conservation Corps and the US Army, Wendell began a long career as a teacher and in the ministry with The Methodist Church. He was a graduate of Southern Arkansas University and the University of Arkansas. While at Southern State, he served student pastorates near Magnolia, then as a hospital chaplain in Denton, Texas, and full-time pastorates at Winslow, Sulphur Springs, Green Forest in North Arkansas. He and his wife Joy moved to Modesto, California, in 1961 where they both taught school before returning home in 1971. Rev. Barbaree served as supply pastor for Calion, Quinn, Ebeneezer, and Junction City United Methodist Churches. He taught Residential Carpentry at Oil Belt Vo-Tech until retirement. In 1988, along with his wife Joy, Wendell helped organize the Arkansas Habitat for Humanity (https://www.habitat-eldorado.org/history.html). He was preceded in death by his parents, ten brothers and sisters and his wife of 64 years Mary Joy McKinnon Barbaree.

Visitation will be at Young’s Funeral Home on Friday, October 2, from 12 noon until 1:30 pm, followed by a Graveside Service at Woodlawn Cemetery, 2:00 pm, with Rev. Amanda Smith and Rev. Zach Roberts, officiating. Regretfully, Wendell’s sons, Gary and David, and their families will not be able to attend the services.

Memorials may be made to The Norphlet United Methodist Church and El Dorado Habitat for Humanity of El Dorado.