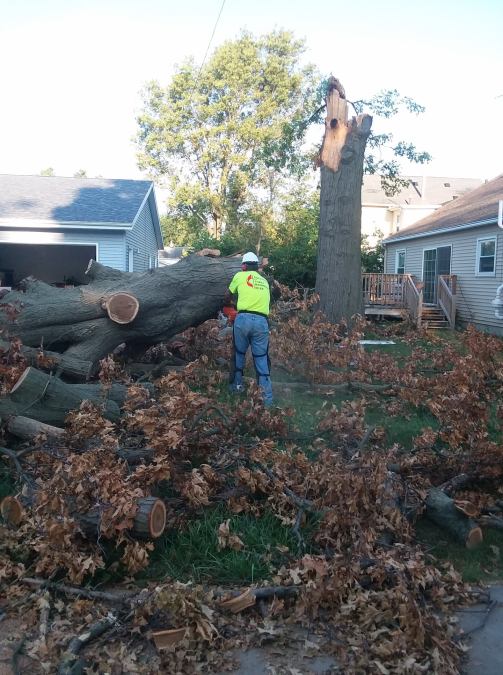 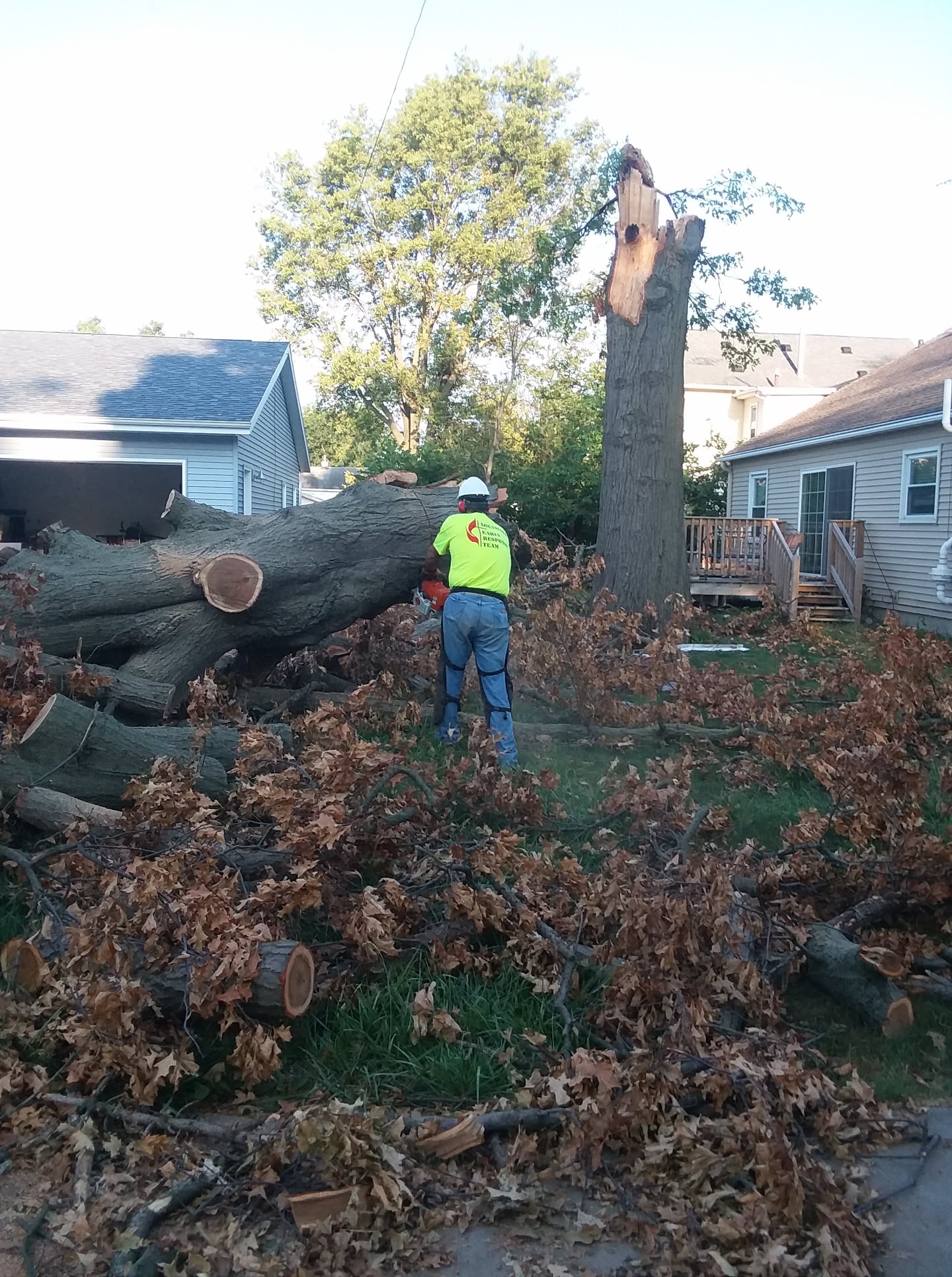 Iowa. The name evokes images of pig farms, Hawkeye football, a magical baseball diamond in a cornfield and, believe it or not, the invention of sliced bread. But a derecho? Before three weeks ago, who had ever heard the word “derecho”?  Akin to an inland hurricane, the derecho that hit Iowa and eight other states over an 18-hour period Aug. 10-11 wreaked havoc on town and farmland alike.

Roy and I got the call, as Early Response Team members do, from the Arkansas Volunteers in Mission and Disaster Response Facebook Page on Aug. 15. That is fast. It often takes a Conference a week or more to decide they have a disaster they can’t handle by themselves.

We talked and prayed and decided to go. On Monday, Aug. 24 we met Byron Mann from Arkansas and volunteers Andrea, Brian, Norma, and N.M. from the Great Plains Conference (Nebraska and Kansas) and Bob, Darrell, Jordan, and Charles from the Louisiana Conference at the Grinnell United Methodist Church. Grinnell, Iowa, dubbed The Jewel of the Plains, is a lovely town of 10,000 people. The church served as our base of operations for our three-day deployment and members fed us dinner upon our arrival.

On Tuesday, Byron gave us our assignments. We split into two teams: Arkansas and Great Plains were Team 1 and Louisiana was Team 2. 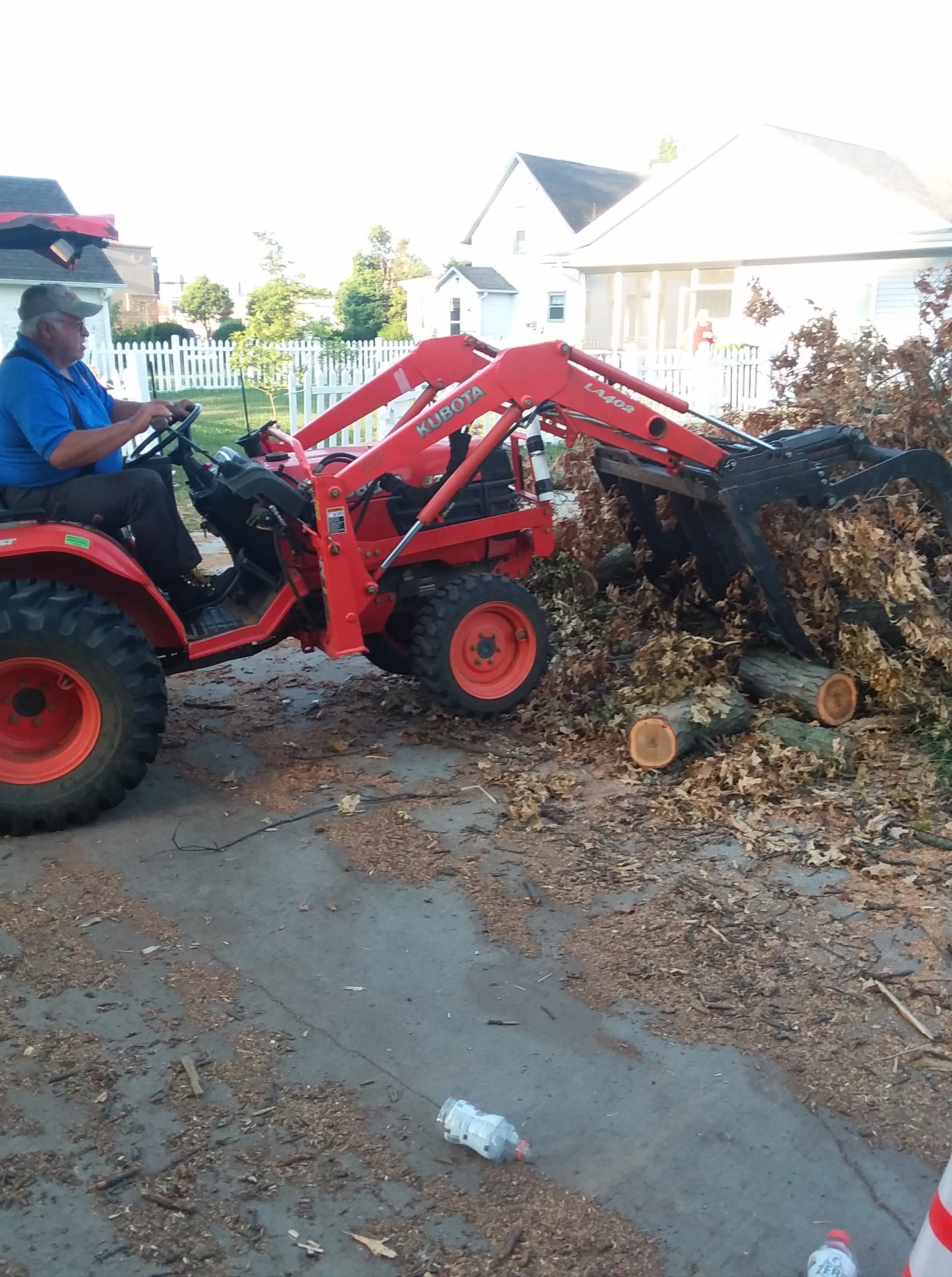 Our team began at “Carol’s” to work on a tree in her driveway. Three chainsaws and three limb haulers made quick work of it. The homeowner wanted to watch the work up close and said it the most fun she had had in awhile. When we left, Carol asked for information on how to donate to UMCOR!

Next was “Harold”, with a huge tree down in his side yard. This was such a big job that the Louisiana crew (with a tractor!) had to come over and lend a hand. When we left Harold, he sent two jars of pickles he was making when the derecho hit.

The last call for Tuesday was “Mark” who had a tree precariously balanced on his front deck. When we left Mark, he said after many problems with his own chainsaw, he went inside to cool off and prayed for God to send him some help. A moment later, I knocked on his door! It was a hot, tiring, but great day. Roy and I fixed spaghetti for our eleven team members that night then shuffled off to bed.

Day two started with a job at “Donna’s” home – a huge tree that covered her roof, her side yard and her neighbor’s driveway. Chainsaws started running, including one on the roof, and limbs were carted to the curb. In three hours, we created a limb pile 30 feet long and 7 feet tall.

The afternoon was spent at “Jane’s” home. Her tree had fallen on and crushed a backyard pool. We have spent some hot afternoons at the pool but never this hot.  There is little humidity in Iowa but 97˚ in the noonday sun is hot, no matter where you are. That night, the crew ate pizza and listened to the news on the latest disaster, Hurricane Laura.

Day three turned out to be a tractor-only job for the Louisiana team so Roy and I packed the camper and started the 600-mile trip home. We drove east before turning south toward Arkansas to get a better idea of the scope of the crop damage. Mile after mile of destroyed corn crops, flattened like a steamroller had gone over them, was sad to see.  We heard that some of the downed corn might still mature and be harvested but much will be lost. We did see one enterprising farmer who was cutting his flattened corn into silage, hence cutting his losses.

The Iowa derecho was our sixth out-of-town ERT deployment – two to Florida for Hurricane Michael, one to Yellville for a tornado, one to Nebraska for their flood, and one to Fort Smith for the Arkansas River Flood.  Each was hard work; each was rewarding.

If you are wondering if ERTs have a place for you, they do. The jobs are as skilled as Roy’s chainsaw work and as unskilled as my limb hauling. The needs are as far away as Florida and as close as your own back yard. The people you meet are unforgettable and the ultimate purpose, to show a caring, Christian presence to people through Disaster Ministry, is what keeps us going.

Going where? Watch the Weather Channel.