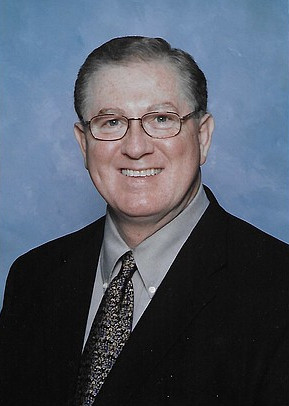 Rev. Dr. Guy Marvin Whitney, Jr., died at home in Conway, Ark., surrounded by family on July 10, 2020, at the age of 72, from complications due to Alzheimer’s. He was born May 24, 1948, in Blytheville, Ark., to the late Baptist minister Guy Marvin Whitney, Sr., and the late English teacher Willie Velma (Caery) Whitney, who taught him to quote Bible verses and Shakespeare.

Growing up in the Baptist Church, Guy responded to an altar call when he was 11 and preached his first sermon at age 12. In 1966, he graduated from Paragould High School, where he lettered in three sports. While earning degrees in religion and English from Ouachita Baptist University (1966-19670), he became ordained in 1967 and served two new churches, Scranton Baptist Chapel (1966-68) and Broadmore Baptist Church in Brinkley (1968-1970). He attended Southwestern Baptist Theological Seminary in Fort Worth, Texas, and graduated from Southern Baptist Theological Seminary in Louisville, Kent., earning a Master of Divinity degree with an emphasis in pastoral care and counseling. During seminary, he served as pastor of Pigeon Fork Baptist Church in Waddy, Kent., in 1974-75. He also served Remount Baptist Church in North Little Rock (1975-76). In 1996, he received a Doctorate of Ministry from United Theological Seminary in Dayton, Ohio.

Guy served as a chaplain in the Arkansas Department of Corrections (1977-79) at the Cummins Unit in Grady and the Women’s Unit in Pine Bluff. He also was director of the Therapeutic Community at the Tucker Unit.

Warm, gregarious, exuberant, and larger-than-life, Guy loved many things, but none more than his wife, Loretta. In his wallet he kept the receipt from the Holiday Inn in Russellville, where they stayed on their wedding night. They spent their honeymoon at Devil’s Den, and they repeated the trip each year on their anniversary.

Besides his wife and children, his other great love was serving the church. A gifted storyteller with a rich and resounding voice, he inspired many while preaching the gospel, and his voice could always be heard above everyone (even the choir) during hymns. He always wanted to help people. He gave money to anyone who asked. He was always happy to make hospital visits, respond to middle-of-the-night phone calls, officiate at weddings and funerals, and attend all the meetings. Some of his favorite things about being a minister were going to a good potluck (with a bucket of KFC), serving communion, and baptizing babies. A true baby whisperer, he could calm a colicky infant, and he especially enjoyed walking down the center aisle of the church with a newly baptized baby to show it off to the congregation.

Enthusiasm, joy, and goodness infused his whole life. He loved basketball, the Razorbacks, BBQ, Karo syrup, big gatherings with lots of home cooking, taking pictures of the food, a nice shave, a haircut, fresh clean undershirts, brushing his kids’ and grandkids’ hair (and making tight ponytails), mixed nuts and fresh fruit, eating cereal out of a big mixing bowl, reading books by everyone from Joseph Campbell to Louis L’Amour, visiting out of town churches of different denominations, taking a nap (preferably in a recliner), traveling to other countries, watching movies (especially Hoosiers, Cool Hand Luke and Jeremiah Johnson), letting the kids win at ping-pong — but never at Monopoly (“I am the Landlord!”) — and occasionally buying new workout clothes, joining a fancy gym, and then going once and only once.

Guy’s family would like to thank Deborah Piggee, Brittany Piggee, and Kindred Hospice for their compassionate kindness in helping Loretta care for him at the end of his life. They would also like to thank Guy’s faithful friend, Bobby Bell, for coming to tell Guy some hilarious stories in his final hours.