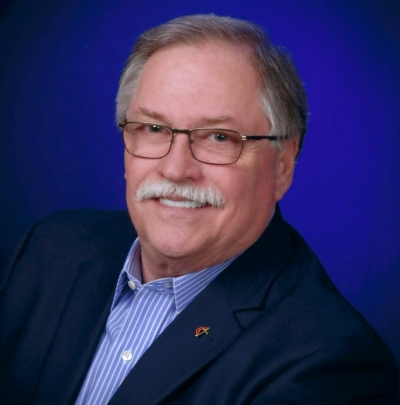 Dr. Russell Renneau Moore passed away on January 4, 2020. He is survived by his wife Joan of 43 years; three daughters: Lainey Morrow (Ron) of Conway, Laura Moore of Maumelle, and Kimberly Moore of Tellico Plains, TN; and three grandchildren: Lillie, Sage, and Lila. He is also survived by his two sisters, Caryn and Robin, and many aunts, uncles, cousins, nieces, nephews, and other family and friends. He is preceded in death by his parents, RADM Withers and Betty Moore.

Born in Little Rock, Arkansas on August 28, 1953, Russell traveled the U.S. and overseas first as the son of a Navy Admiral and later as he served his country in the Navy himself. He met his high school sweetheart when his father was stationed in Millington, TN. They later married in 1977.

Russell rose through the ranks in the Navy to Lt. Commander, but after getting his Masters of Divinity at Vanderbilt, chose to come home to Arkansas with his family to serve as a Methodist Pastor. During his first years as a Pastor, Russell served the remainder of his 20 years in the Naval Reserves. In his 30 years as a Pastor, he served seven churches around Arkansas and received a Doctor of Ministry from Southern Methodist University.

With priorities never so clear as in his last days, Russell said, “Life is about loving and growing. Anything you build is going to be ashes and dust.”

Russell was a wise man of vision and initiative who impacted many lives around the world. He was funny and keenly intelligent. He was a man of great generosity. He will be deeply missed.

A service to celebrate Russell’s life is planned for 11am on Wednesday, January 8, 2020, at Pinecrest memorial Park Cemetery. Instead of flowers, please donate in Russell’s honor to the American Cancer Society or to your local church.