The Marshall T. Steel Center for the Study of Religion and Philosophy will hold the 35th Annual Steel-Hendrix Awards Banquet at 5:30 p.m. in the Student life and Technology Center’s Worsham Student Performance Hall North. Tickets for the banquet cost $25 and are available through Monday, Feb. 24. Visit www.hendrix.edu/steelhendrixbanquet for details.

Following the banquet, Dr. Gregory C. Ellison II of Candler School of Theology, Emory University, will deliver the annual Willson Lecture as part of a worship service in Greene Chapel. The service begins at 7 p.m. and is open to the public.

Ellison holds degrees from Emory University and Princeton Theological Seminary, where he received his Master of Divinity degree and Ph.D. in Pastoral Theology. Ten years after graduating, he returned to Emory to join the faculty of Candler School of Theology. He is currently an associate professor of pastoral care and counseling. In his second year of teaching at Candler (2010-2011), he was awarded Faculty Person of the Year. Three years later, he received the Emory Williams Distinguished Teaching Award, Emory University’s most prestigious faculty teaching honor. He is author of Cut Dead But Still Alive: Caring for African American Young Men and Fearless Dialogues: A New Movement for Justice. He is an ordained Baptist minister who has served on the ministerial staffs at both Methodist and Presbyterian churches.

The Steel-Hendrix Award recipients for 2020 are: 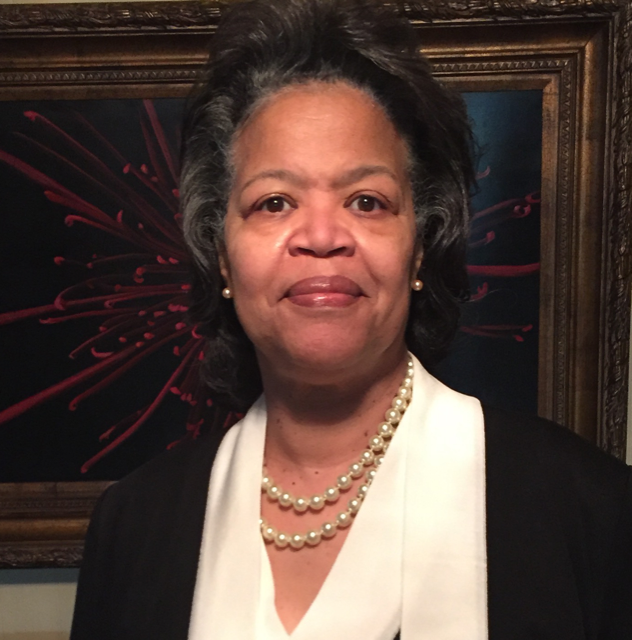 Mable Donaldson is a retired public educator with a passion for teaching and spending time with students. As a teacher and administrator in the Pulaski County Special School District (16 years) and the Little Rock School District (21 years), her roles included junior high school science teacher for both districts and supervisor for Gifted Education Programs for LRSD. She also has served as an adjunct faculty member at the University of Arkansas at Little Rock and a scholastic auditor for the Arkansas Department of Education.

Donaldson received a Bachelor of Science degree from Philander Smith College (where she has since received a Living Legends Award) and a Master of Education degree and supervision certification from the University of Arkansas at Little Rock. Her honors as an educator include an LRSD Superintendent’s Citation; LRAEOP Administrator of the Year; College Board Southwest Region Award for Advanced Placement; Arkansas Association Gifted Education Administrator of the Year; and recognition by Governor Mike Huckabee as an Outstanding Arkansas Educator. In addition, the Charles W. Donaldson Scholars Academy has recognized her and her husband for visionary leadership in pipeline program development.

Donaldson has served as president of the Arkansas Association for Gifted Education Administrators (AAGEA); on the board of directors for Arkansans for Gifted and Talented Education (AGATE) and Arkansas Association Education Administrators (AAEA); and as a member of teachers associations for PCSSD and LRSD as well as the Arkansas Education Association. Donaldson enjoys participating in the Little Rock Chapter of The Links, Incorporated, which she has done for 16 years. She also serves as second vice president for the Alpha Mu Chapter of Delta Kappa Gamma International Society.

An ordained deacon serving CanvasCommunity United Methodist Church in Little Rock, Paul Atkins is the son and grandson of life-long Methodists. He grew up in Little Rock and Benton and participated in the life of his local church through youth group, mission trips, and church camp. In college, he studied bassoon performance at the University of Missouri-Columbia where he met his wife, Julie. They married in 1998, half-way through his masters in music at the University of Arkansas-Fayetteville. After two years in New Jersey as a freelance bassoonist, Atkins returned to Central Arkansas in 2001 to work as a church music director. When that position ended, he joined his father in the insurance business while continuing part-time in music ministry and exploring his call to ordained ministry. While attending Memphis Theological Seminary, his experience volunteering at a ministry with people experiencing homelessness knocked him off his intended path back to music ministry. His family (including daughter Elizabeth, born in 2008) moved to Little Rock to do church differently, where they connected with CanvasCommunity in 2011.

At Canvas, Atkins has developed relationships with his friends experiencing homelessness and tried to find ways to connect them with the rest of Canvas and the wider church. When his friends go to jail for various reasons, Paul visits them and has organized a monthly note-writing ministry. He has led Bible studies trying to draw together people from different backgrounds. This past April, Canvas and the City of Little Rock piloted a program called Bridge to Work, which offers people experiencing homelessness the opportunity to work picking up trash around the city as well as get connected with services to help them get to their next step. Hundreds have participated in the program and been able to earn a day’s pay, get identification documents, access to health insurance and health and job search services, and some have found permanent jobs. Overall, Paul believes God is calling rich people and poor people to know and care about each other and to live into God’s web of lovingkindness where all are family. 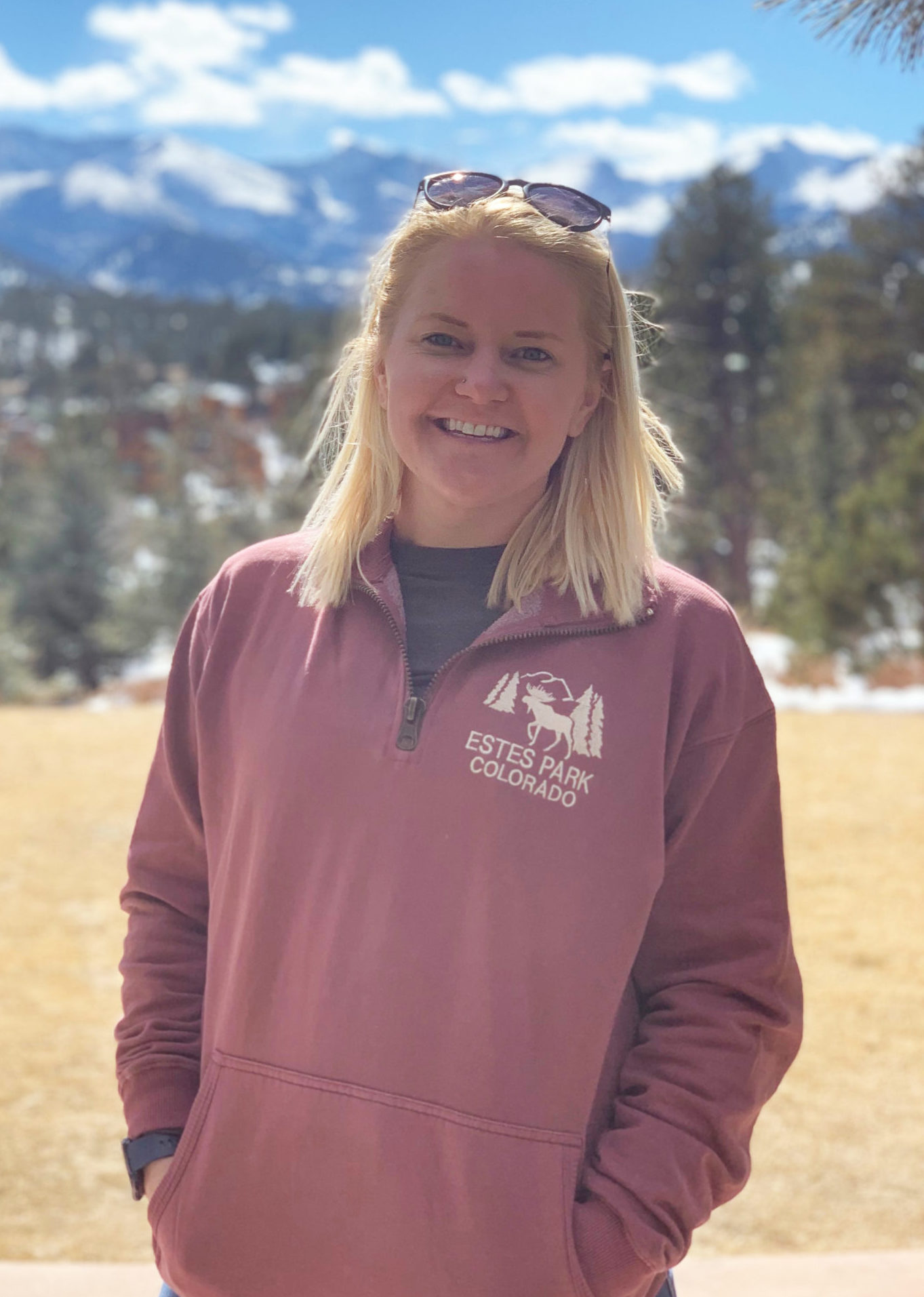 For the past year and a half, Brown also has attended seminary full-time at Memphis Theological Seminary. Her dreams include becoming an ordained Elder in the United Methodist Church. She enjoys spending time outdoors, and would like to use her passion for experiencing God through creation as a way to reach not only young people, but also entire families.

In addition to delivering the Willson Lecture on Monday evening, Ellison will lead the annual John and Marjem Gill Preaching Workshop from 9 a.m. to 3 p.m. Tuesday, March 3, on the topic “Preacher as Prophet.” The cost for participants is $35 and includes lunch in the award-winning Hendrix Dining Hall. For details or to register, visit www.hendrix.edu/gillworkshop.

In 1984, Hendrix College inaugurated the annual Steel-Hendrix Award Lectureship to celebrate 100 years of its official relationship with the United Methodist Church. The award was named in honor of Marshall T. Steel, a prominent minister and former president of the College.

About the Willson Lectures

The Willson Lectures were established at Hendrix in 1956 for the purpose of bringing outstanding speakers to discuss spiritual values, sound family relations, and vital issues confronting the world today. The Willson Lectures are made possible through the generosity of Dr. and Mrs. Jim Willson, who have established lectureships at 23 United Methodist colleges nationwide.

About the John and Marjem Gill Preaching Workshop

The John and Marjem Gill Preaching Workshop aims to strengthen the United Methodist Church by enhancing clergy’s ability to proclaim the gospel in ways that are relevant to the needs of our time, and to enhance dialogue and fellowship among clergy colleagues. Since 1984, Hendrix has helped facilitate this annual gathering, providing preachers throughout Arkansas with continuing education and training toward becoming more effective preachers.

A private liberal arts college in Conway, Arkansas, Hendrix College consistently earns recognition as one of the country’s leading liberal arts institutions, and is featured in Colleges That Change Lives: 40 Schools That Will Change the Way You Think About Colleges. Its academic quality and rigor, innovation, and value have established Hendrix as a fixture in numerous college guides, lists, and rankings. Founded in 1876, Hendrix has been affiliated with the United Methodist Church since 1884. To learn more, visit www.hendrix.edu.