Little Oaks, Big Dreams
Mabelvale's ballpark needs help. The local UMC is working to give them a community space again 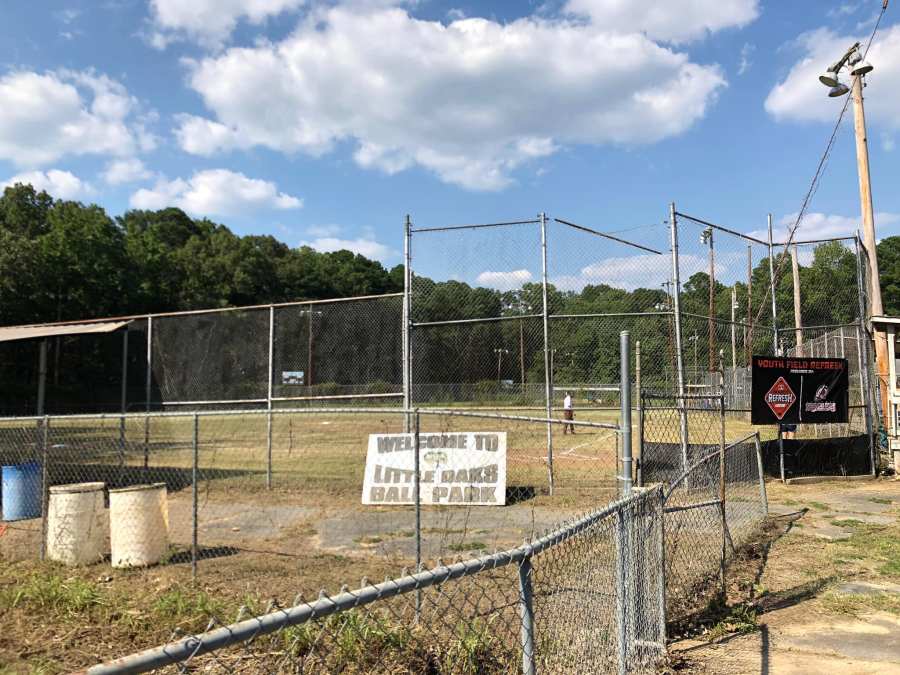 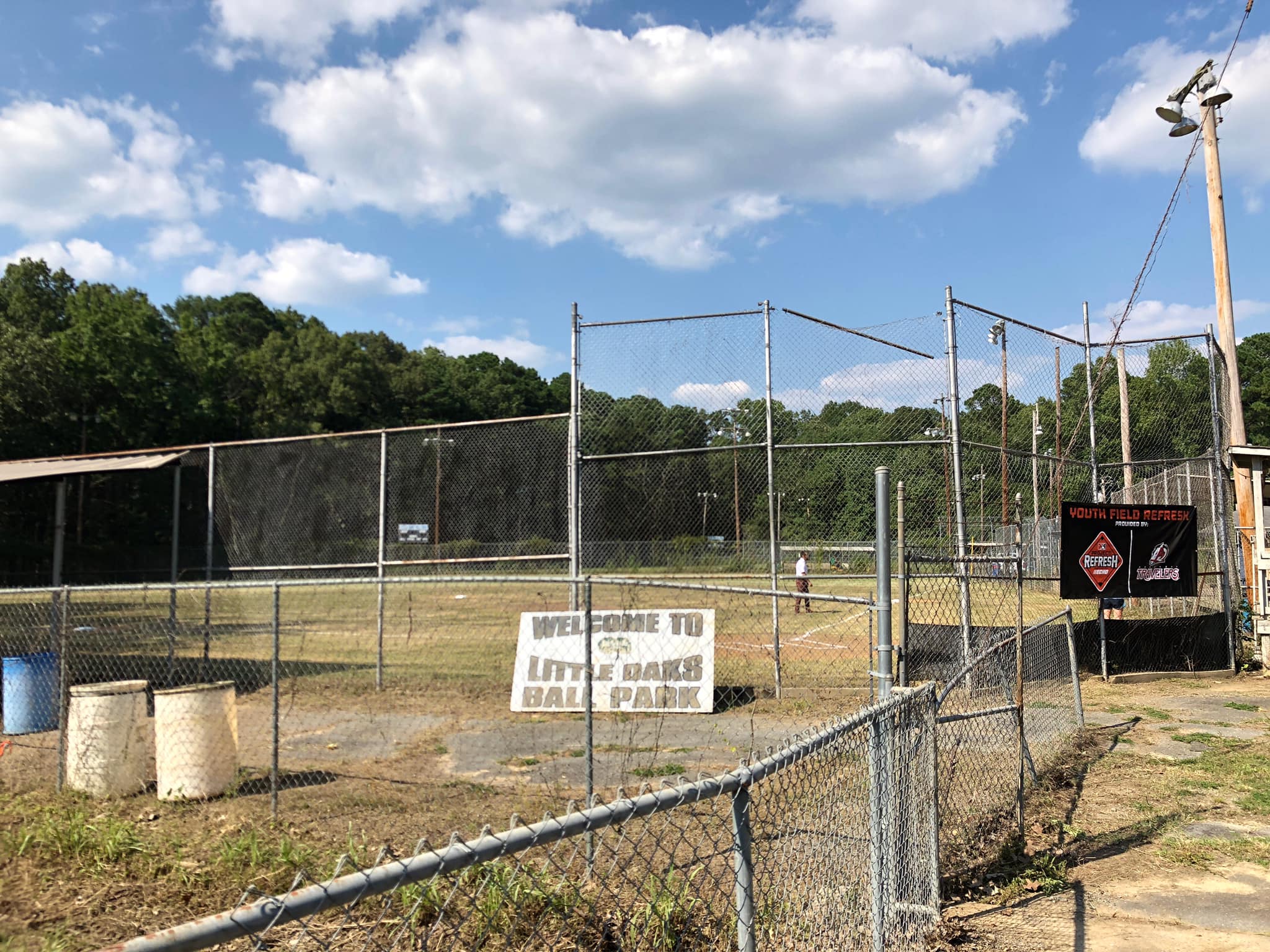 Blair Ragsdale has only ever been thrown out of one ballpark in her life.

“An umpire and I got into it one evening and he tossed me,” she said. “There are a lot of good memories over there. I’m 68 and I have spent many an hour with my children when they were growing up — it was a good time.

“I’d like the children now to have that same experience.”

Ragsdale currently serves on the board of directors for the Mabelvale Youth Association, which is working towards restoring the Little Oaks Ballpark.

“We are trying to give the kids a place that is safe and a family atmosphere,” Ragsdale said. “We want to see the community kids be involved in something that is healthy and it motivates them to be a better family — better parents.”

She said there are quite a few children in the area that need help, desperately.

“The family situation is not good in our area. Our goal is to get a safe place, somewhere close, where they can go and play ball and have an area to play,” Ragsdale said.

She said a local group donated 18 acres that are adjacent to the ball fields, and eventually, the goal is to put in soccer fields and have a sports complex for this area near Little Rock. Ragsdale said, right now, children have to travel 30 miles to play ball, in any direction.

“There isn’t any place close for these children,” she said. “Hopefully, we can get the ball fields up and going, even if it is just for day games.

“Hopefully, we can get one or two fields where the kids can play during the day.”

Ragsdale is also a member of Mabelvale United Methodist Church, which sits across the street from the ball fields.

“This is a community-owned park, it is not owned by the city,” Ragsdale said. “We want to get some community interest in getting it going, and we need help with some of the projects.

“We have to repair fences, and the bleachers all need to be painted and done. We are in desperate need of finances and volunteers — of course, that is probably everybody these days.”

Mabelvale UMC pastor Bob Marble remembers standing out in front of the church a while back surveying the demographics, and there, two blocks from the east parking lot, stood Little Oaks Ball Park, in “dire need of being brought back to life.”

“I had a meeting with our director of outreach, Blair, and we discussed the possibilities of it being a place that is safe for our community’s children and families,” he said. “I then met with our city director, Joan Adcock, and when I told her our church’s plan to revitalize the park, she became excited.

“It continues to be a work in progress. It isn’t where I would have it wanted it to be. I wanted us to have teams in place and playing this past summer. But I have learned to be patient and God does things in his time.”

“Our children that live in our community have no place to play,” he said. “They have our playground at the church, but our children need avenues on which to spend their energies and a safe place to do it. The park is necessary.”

She said the church has partnered with the city and hosted community workdays and spent a whole day cleaning and mowing the grass in an effort to beautify the park once more.

“Our biggest goal is to get lights for the fields,” she said. “Our lighting is not safe for the children, but to put lights on those fields, is going to cost $350,000 — which is a goal we may or may not hit.”

“This worked well for more than 50 years, then the establishing board members aged, moved or passed away, therefore there was no oversight of the Little Oaks Ballpark board.”

She said the Little Oaks Ballpark board eventually disbanded, leaving one person and that person left without naming anyone in charge — leaving the ballpark vacant.

“We have begun talks with the city in hopes of utilizing the park for game day picnics for our families,” she said. “A local electrical company has offered to hang lighting and move existing light poles for our evening games.”

In September of 2017, more than 100 volunteers, including former players at the park, came and assisted with the clean up of the park.

“We haven’t branched out real big,” she said. “But, when we do ask, we get quite a bit of response — it is kind of surreal.

“The stuff we need to do is large, but all the same things that can be done, the community has really pitched in.”

Marble said one member has come forward and said, once the park is fully functional, he will buy all the balls, bats, and gloves for children whose families can’t afford to buy them.

“If a family cannot afford a glove, we want to be able to provide it for them,” Ragsdale said. “These ball fields are designed for any child to play ball.

“We wanted it to be a true community, neighborhood-type ballpark.”

Ragsdale said when they first started on this project, they organized a ball camp and got one field playable for children in the community.

“Our church donated bats, balls, and gloves and we had them at the park every Saturday, instructing them on how to play ball,” Ragsdale said. “We had a little bit of a summer camp last year.”

She said Mabelvale UMC is really community-oriented and she works really close with the elementary children.

“It just seemed right, because these kids don’t have anywhere else to go,” she said. “My son played out here, my husband played out there growing up. It has always been a part of the community.

“We want to have that community feel, that they can have fun, play ball and have the families together. We are trying to get everybody to sit down, have dinner together and be involved in the community.”