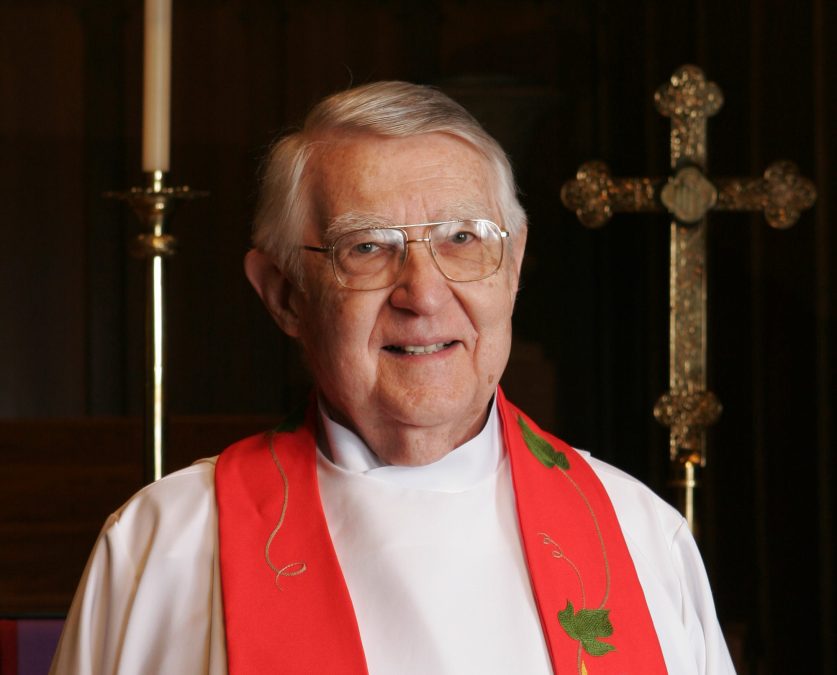 Upon my arrival as the new senior pastor at Pulaski Heights United Methodist Church in 2010, I received a bonus very few clergy can claim; I was blessed to serve a congregation with its own bishop in residence, Kenneth W. Hicks. Bishop Hicks began his role at PHUMC in 1992 after retiring from a distinguished career in ministry that spanned his ordination as deacon and elder in 1952-53 and his service as a bishop in the South Central Jurisdiction of The United Methodist Church, 1976-92.

Prior to my appointment to PHUMC, Ken Hicks and I had been, to quote Henry Wadsworth Longfellow “ships that pass in the night.” In 1984, as Bishop Hicks was leaving his assignment in the Arkansas Episcopal Area to serve the Kansas Area, I was just beginning the process of entering the ordained ministry in Arkansas. In 1992, as Bishop Hicks was preparing to retire and return to Little Rock and PHUMC, I was leaving my appointment as an associate pastor at Pulaski Heights to serve another congregation. During this period, Bishop Hicks and I managed to correspond regarding his upcoming position at the church.

It’s not that I wasn’t already familiar with Ken’s reputation. As an active layperson in my local church during Bishop Hicks’ tenure, I had admired his leadership as our Arkansas Bishop. Ken served both the North Arkansas and Little Rock Annual Conferences with great distinction. I especially appreciated Bishop Hicks’ faithful witness during the infamous Creation Science trial of 1981 (McLean v. Arkansas Board of Education) that would ultimately lead to a United States Supreme Court ruling in a 1987 Louisiana case that banned the mixing of “science and religion” in classrooms nationwide. In his deposition prior to the trial, Ken was asked to offer his opinion regarding the origin of humanity. The bishop’s response was classic:

“Well, for me personally I am open—I believe that humanity, as with all other forms of life, was created by God. I am open to the manner in which that was done. In terms of it having been done instantaneously, if it could be verified someday that it was that way, you know, that’s okay with me. If it took 10 million years to do it, that does not bother me at all. In fact, I think it would be kind of neat if God did it that way…”

Kenneth Hicks was the ultimate peacemaker. His passion for peace with justice shaped his values and defined his life, both personally and professionally. From his work with the Arkansas Coalition to Abolish the Death Penalty to his service with Arkansas Advocates for Children and Families; from his almost 73 years of marriage to his beloved Elaine to his love for his family and all people, Ken personified a brand of peace that demanded believers and advocates move from a position of “talking the talk” to “walking the walk.” The Kenneth W. Hicks Peace Endowment at PHUMC seeks to carry on this important legacy even today.

Ken Hicks had a way of teaching us valuable lessons we never realized we needed to learn. Staff meetings at Pulaski Heights United Methodist Church with Ken in attendance challenged my own long-held “let’s get down to business” philosophy of doing ministry. As much as I tried to stick to the meeting agenda, Ken would pick up on some critical moral or theological nugget and by the time he finished unpacking it for us, we knew we had spent time at the feet of a wise sage.

Ken Hicks was so much more than a great leader. He was a great human being. Who could ask for more?

To God be the glory for the life of Bishop Kenneth W. Hicks.