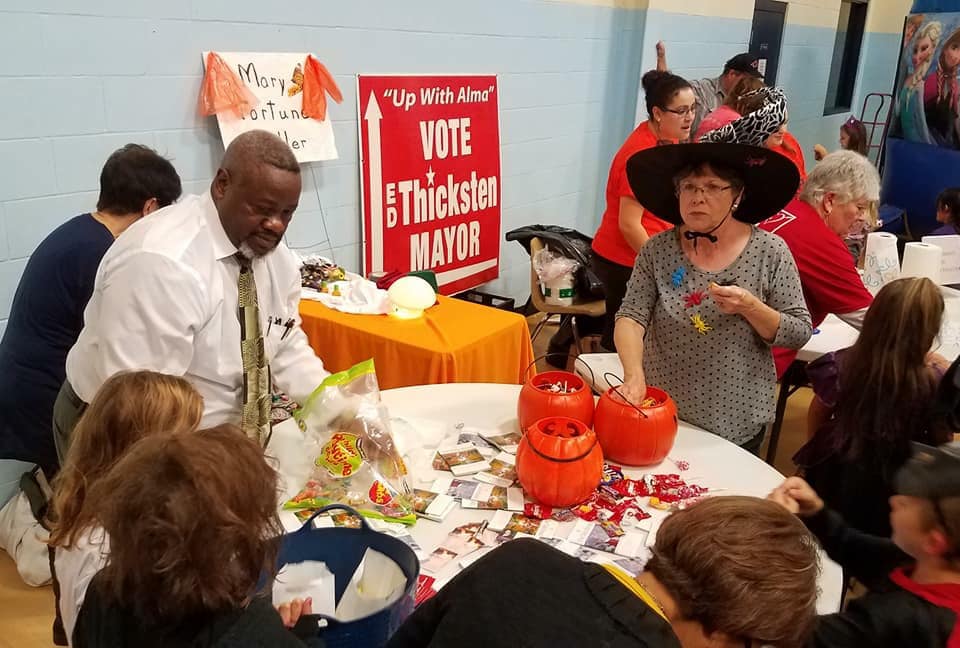 In August of last year, Doug Phillips participated in the Community Development Institute at the University of Central Arkansas in Conway. One thing he took away from it is how churches can’t help with community development — or help with economic development — if the town is not connected.

“I started looking around our neighborhood, and in the downtown area of Alma; it is depressed, disjointed and disconnected,” Phillips said. “Our streets are in bad shape, and our sidewalks are in bad shape.

“The city was making a big multi-million investment for downtown but had nothing happening downtown. With our church, being situated where it is, it is our obligation to help the community start bringing people together in this area.”

“We had so many churches, probably 15 or more churches that came out, as well as several businesses,” Phillips said. “We just had so much diversity that night and so much fun – I didn’t realize the community had been so disjointed – but we were able to do something big.

“It was a really cool thing to see.”

Now, the church and the city have partnered again for the first-ever Liberty Festival, which will take place July 6 from 5 to 8 p.m. at Alma Lake and Park. The fireworks will begin at 9:15. Phillips believes even more people will show up for the Liberty Festival.

“I think, for the naysayers, they believed (the fall festival) is an event that wouldn’t have the success it did,” Phillips said. “Now that they’ve seen it, they are on board.

“… The problem is, churches, businesses and city departments even, feel like they are competing against each other. Churches are competing for people, and they do different events and fundraisers, but we are pulling from the same group of folks.

“For our fall festival, we relied on the generosity of others. They saw something that was equitable and an enjoyable event and something they could use to help promote their business or church. We weren’t competing that night.”

Phillips said despite the event having to be moved inside because of the weather, every business or organization had the same space and same opportunity to set up a booth. He said it was essential to making sure the event was fair to everyone. For the city to succeed, everyone has to be an equal player, he said.

“We have had more participation than the fall festival,” he said. “People see that we aren’t competing but see it as an opportunity to promote themselves, right along with everyone else.”

For example, Phillips said one day he was sitting in his office, struggling to figure out how he was going to promote the Liberty Festival, when he received a phone call from a local advertising company.

“He came up with sponsorship packages, T-shirts, and marketing information, and he did this pro-bono,” Phillips said. “He lives in Alma, and he believes in what we are doing. He did it not to promote his business, but to promote his town, because he loves his community. 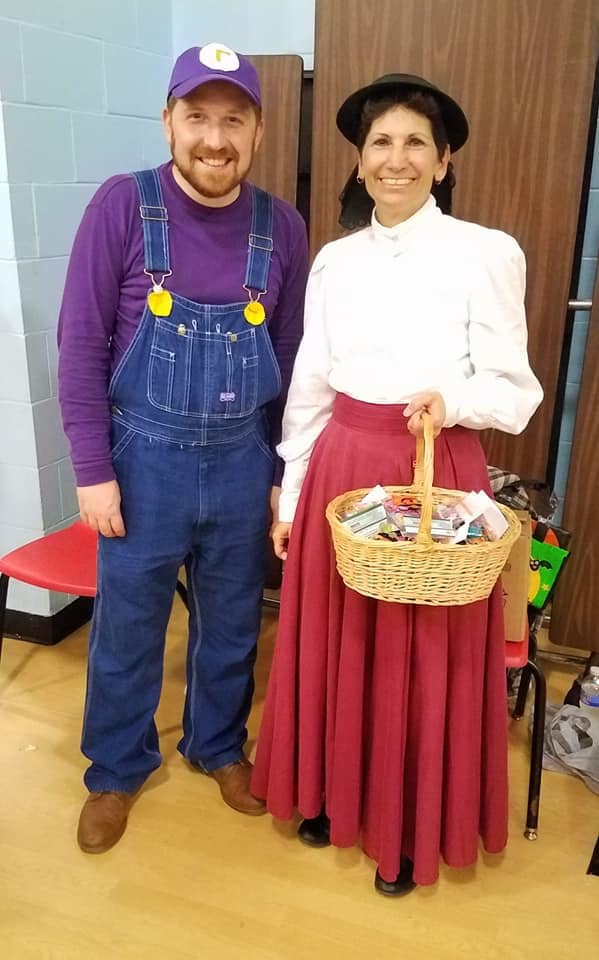 Rev. Doug Phillips poses with another volunteer, both dressed in costumes for the fall festival. || Photo by Alma UMC

Jessica Blassingame is the administrative assistant at Alma FUMC and her husband, Larry, has lived in the city his entire life. She said it took someone like Phillips to finally put events like these in motion.

“I think (the fall festival) provided a safe environment, and sometimes it just takes someone to have an idea for it to grow,” Blassingame said. “That was the biggest part of why it was successful. Doug had a passion for making Alma have something like this.

“That’s why he was asked to be a part of the Liberty Festival – because of how well the turnout was.”

She said Phillips has done a great job of coming up with different ways of how the church can be involved and how it can impact the community.

Blassingame said for both festivals, she has worked mostly as the behind-the-scenes coordinator.

“We had to change the venue because of inclement weather, and fit everyone into a building – it was a little crazy,” she said. “We had to make sure we had enough room for everybody and make sure everyone had what they needed.

“We had a lot more people than we anticipated.”

Blassingame was a volunteer for the Hugh O’Brian Youth Leadership Foundation for 10 years and said it was there where she gained a lot of experience for coordinating events.

“I imagine we are going to have quite a few people at the Liberty Festival,” she said. “I’m looking forward to seeing the people there volunteering.”

For last year’s fall festival, Phillips said there was no way to tell exactly how many people were in attendance. But he said Southside Baptist Church gave out 5,000 pieces of candy and another business gave out 1,000 hot dogs within the hour.

“We were so cramped in there, the city showed up to help out with everything,” he said. “Cars were stuck in the grass, there was no place to park near the facility – people were parking a mile away and walking. And still, parking lots were completely full.”

“The largest part of our downtown is impoverished,” Phillips said. “So we had some who walked across the road to get there, get food or candy and have fun. There was nothing there they had to buy – sodas, popcorn, games – it was all free.”

He said even though it was pouring down rain, people weren’t cranky, they were excited.

“We had all the ingredients for potentially grumpy people, but people were just happy to have somewhere safe and fun to take kids,” Phillips said.

The Fourth of July celebration is free and open to the public, but it will feature six food vendors and a tug of war competition between the fire department and police department and a bunch of inflatable bounce attractions, according to Phillips.

He said they are going to have a dunk tank set up with the mayor from Greenwood. Donations earned from it will go toward a trail system that the city is trying to implement.

“Greenwood and Alma are old rivals,” Phillips said. “So both mayors agreed to sit in each other’s dunk tanks.”

Phillips said in trying to build relationships and trying to bring all the pieces together, it could not happen without the spirit of God.

“I think everyone in my church is trying to communicate the same message,” he said. “We do this because we are living our faith; this is something we were called to do.

“There is no doubt there are miraculous things here.”