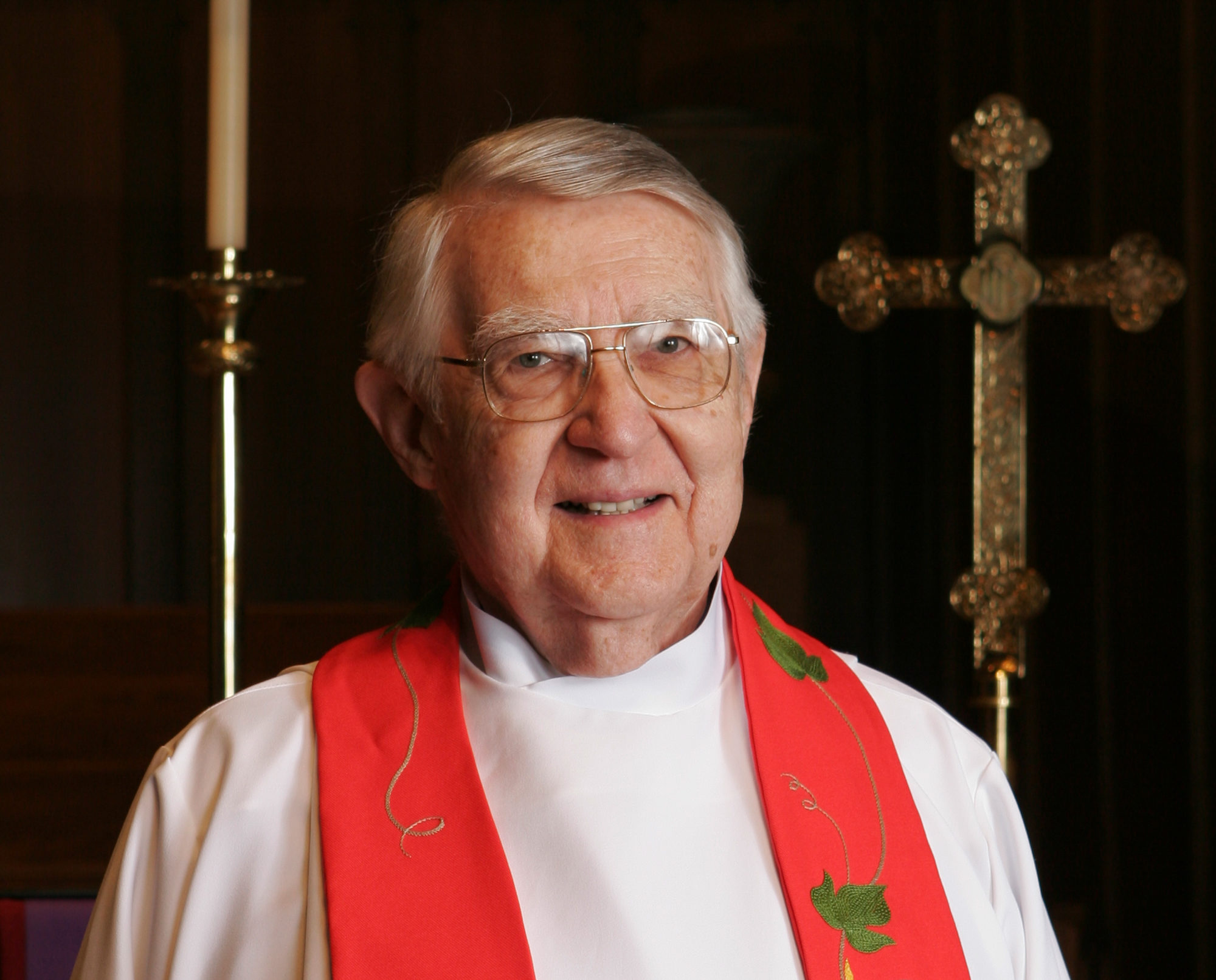 Bishop Kenneth William Hicks, 96, died Wednesday, June 19, at his home in Shepherd’s Cove in Little Rock midst his wife and family. He was born as the only child of Earl and Ertie Hicks on June 18, 1923, near Iola, KS, and graduated from high school in 1941. During the early years of World War II, he worked in a Nashville TN airplane factory where bombers were built. Eventually he attended junior college, after which he enrolled at York College (NE), completing a B.A. degree. He then enrolled at Iliff School of Theology in Denver, earning his Master of Theology in 1953. Ordained a Deacon in 1952 and an Elder in 1953, Hicks served Methodist churches in Colorado for seven years, and then later in Nebraska including five years as a District Superintendent.

Rev. Hicks met his lovely wife Elaine in college and they married in 1946. From then until he died last Wednesday, they were one another’s counsel in all matters.

Hicks was elected to the United Methodist episcopacy in 1976, first serving the Little Rock and North Arkansas Conferences (merging in 2002 to become the Arkansas Conference). While in Arkansas he established an excellent record of credibility and gained a respectable reputation for leadership in human relations, justice issues, and a respect for life. He was also called as a plaintiff to testify against the legislation that would have allowed Creation Science to be taught in Arkansas public schools, which was eventually repealed.

In 1984 Bishop Hicks was assigned to the Kansas Episcopal Area, which included the Kansas East and Kansas West Conferences. Again he served for eight years, prodding and challenging the pastors, District Superintendents and laity in his care to innovative and effective approaches to ministry. While there, a Kansas church-affiliated hospital came into a negotiated sale arrangement to a private corporate entity. Though he walked into the developing stages of this sale in his first months in the state, he presided over the consummation of a matter seething with controversy. The hospital is still operating under the name Wesley Medical Center. After retirement, Hicks served on the board of Kansas Health Foundation for eleven years.

In 1992, Ken and Elaine retired back to Arkansas, where he was given an office in Little Rock’s PHUMC as Bishop in Residence. Though retired, his services were always in demand and his commitment to issues and causes close to his heart continued to beckon. Ken Hicks served as a member of Arkansas Friends for Better Schools, Arkansas Advocates for Children and Families, Governor’s Partnership Council for Children and Families, Advisory Council of Carelink, Interfaith Caregivers Alliance, Bishops’ Initiative on Children and Poverty, and the Arkansas Coalition to Abolish the Death Penalty. He was also a docent at the Clinton Presidential Library, a member of the Steering Committee of Arkansas Interfaith Power and Light. And for several years he was part time director of Ministries of Methodist Family Health.

Ken Hicks’ active ministry included membership on the General Board of Church and Society, and General Board of Global Ministries being chair of the National Division. Committee chairmanships on these boards included Peace with Justice and Chair of the Advisory Committee on Korean Ministry, among others. Notably, Bishop Hicks was in the forefront of the Peace Ministry at PHUMC begun in 2002 focusing on peacemaking and reconciliation. Many of his writings and thoughts were collected, edited and published in a book entitled “Peace Flowing Like a River” in 2010.

His many awards included Civil Libertarian of the Year by the ACLU-Arkansas (1984); the Senator David Pryor Award (1997) for Community Service by CareLink; the Ethel K. Miller Award for Religion and Social Awareness by Hendrix College (1999); and he and Elaine received the Hospice Foundation of Arkansas Compassion Award (1999). He also received a Distinguished Alumnus Award from Iliff School of Theology.

Ken is survived by his lovely wife Elaine, who shared their incredible life journey. And they have been proud parents of two very accomplished daughters, Linda Hicks and Debra Gottschalk, who with the late Wayne Gottschalk parented Ken and Elaine’s very special grandchildren: Kiley and Spencer. Ken was predeceased by a multitude of beloved pets including Danny.

A special thank you goes out to Ken’s caregivers – Andrew, Curtis, Debbie, John, LaTonia, Lucille and T.J., with an appreciative nod to Arkansas Hospice.

A Memorial Service of Resurrection and Thanksgiving to God for Bishop Hicks will be held at 11 am, Friday, June 28, in the sanctuary of Pulaski Heights United Methodist Church, 4823 Woodlawn, Little Rock 72205. In lieu of flowers, contributions may be made in his memory to the Bishop Kenneth W. Hicks Peace Endowment at PHUMC; Methodist Family Health, 1600 Aldersgate Road #200, Little Rock 72205; or the Kansas Health Foundation at 309 E. Douglas Ave., Wichita, KS 67202. Funeral arrangements are under the direction of Ruebel Funeral Home, www.ruebelfuneralhome.com.