For Andrea Gentry, a former teacher, kids have always been near and dear to her heart.

“I love helping people, and this was a neat and ongoing experience where I could help kids on a regular basis and eventually develop relationships with these kids,” Gentry said.

Gentry, a member of the First United Methodist Church in Wynne, has organized and started a school bus stop ministry for the Wynne School District. She and other volunteers will hand out snacks to kids once they reach their bus stop.

“Honestly, this area of town, (the kids) are just happy to have it and will take anything,” Gentry said. “They are so thankful. I’m hoping to get to know them a little better, build a relationship and eventually be a mentor-type person.

“The kids are very welcoming, and I get hugs every now and then.” 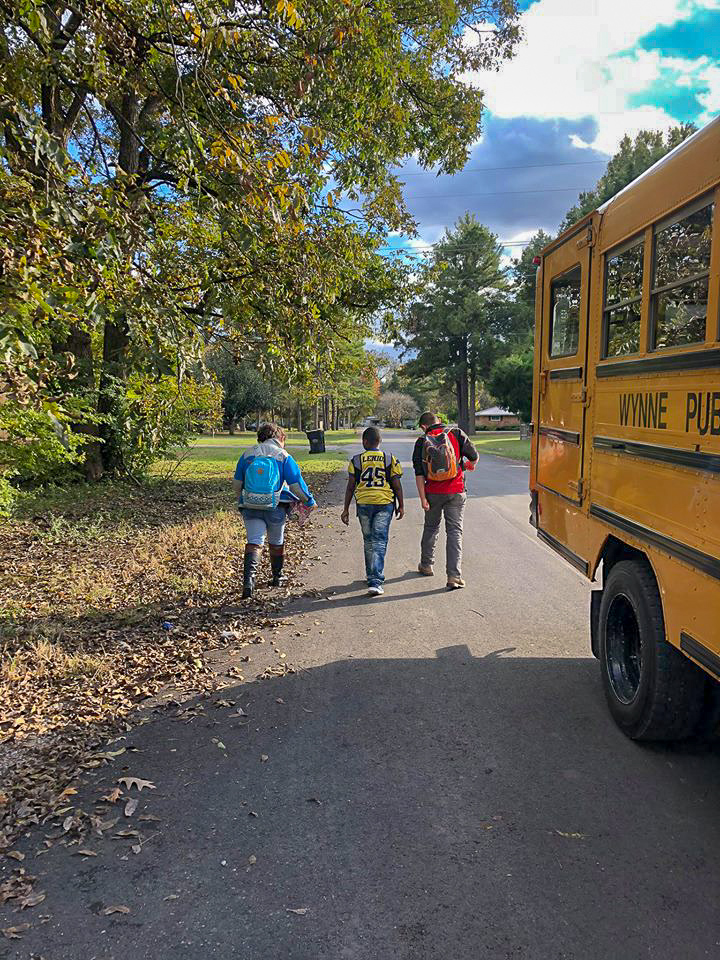 A group of kids from Wynne head home after school. || Photo by Andrea Gentry

Gentry said the idea of the ministry stemmed from 200,000 Reasons initiative by the United Methodists of Arkansas. She said she received a grant of more than $1,000 in October, but thanks to donations and support, has not had to fully dip into the funds for the snacks.

“I have had great community support, and they have provided snacks for me,” she said. “They will buy them and give them to me.

“By sharing it on Facebook, and word of mouth, we have received wonderful community support. People will volunteer their time, or donate money or donate snacks for us to use. We have a closet full of snacks.

“It has really been unbelievable the amount of support we have received. One of our Sunday School classes has committed to helping me on a monthly basis, once the grant money runs out.

“But I’m doing great. The community support we have is just amazing.”

Gentry is from and works in Perkin, which is a part of the Wynne School District. She said Perkin is a high poverty area and she believes “they needed it the most.”

“I see 50 to 60 kids in Perkin every day, and I have been giving snacks to 20 kids at each stop,” Gentry said. “When deciding on where to be, we think about the area and what area of town needs it the most. We also wouldn’t want to post up where only one or two kids get off.”

Casey Shaw, who met Gentry through a Relay for Life volunteer event, said she reached out to Gentry through Facebook after seeing one of her posts about the ministry.

“My mom manages an apartment complex (in Wynne), and it is mostly a low-income apartment complex,” Shaw said. “We just had a feeling like we wanted to do something there and it just kind of went from there.” 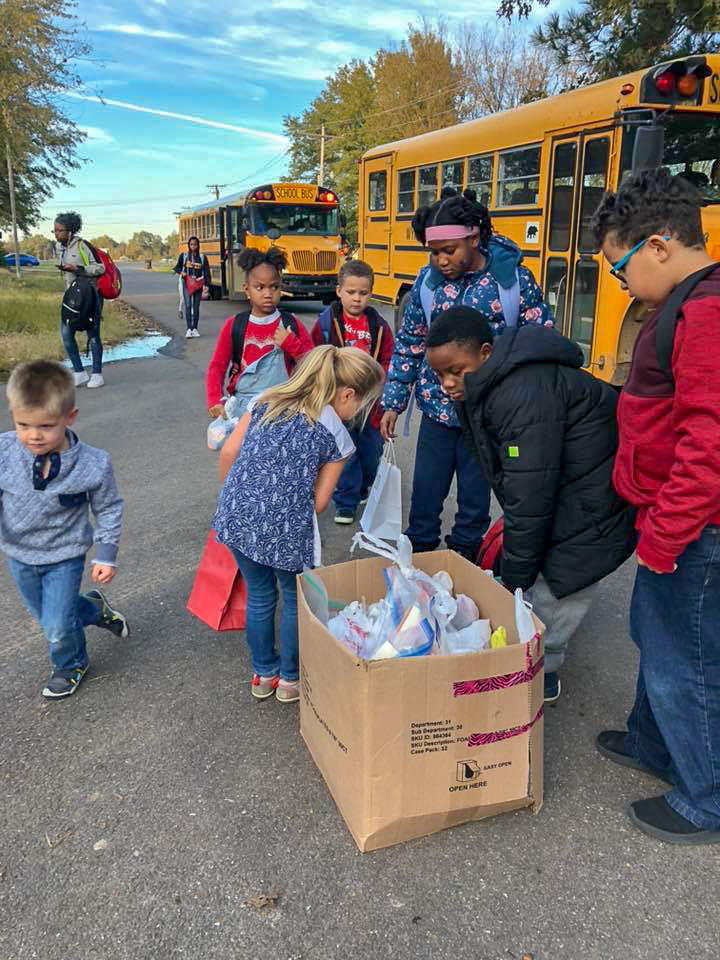 Shaw said they serve about 20 kids at Cliffridge Apartments in Wynne and then another 15 at their other stop, closer to her house. Shaw said she has always had an interest in doing volunteer work.

“I like to do anything to help people,” Shaw said. “In this case, a lot of these kids don’t get much when they get home from school. And I’ve got nieces and nephews, and I use this as a teaching tool to help them learn about giving back and helping others.

“You can tell your kids and teach them about (giving back), but until they actually get out and experience it, and see how excited others are for something we are blessed to have every day – you don’t get a better feeling than that.”

Shaw, a member of Calvary Apostolic Church, said it is impossible to know what everybody’s home life is like, and for some, the snacks they give out may be the only thing they’ll have for the night.

“I do see the same kids on a regular basis, and I always talk to them,” Gentry said. “I’ll also give bus drivers a snack, or the parents a snack.

“…I did have a friend, whose son said he was amazed by how excited the children get when they see my car.”

Gentry said Chelsea Brawner, another member of United Methodist Church in Wynne, will begin volunteering for the ministry and will add a third stop.

Gentry said the church has been really supportive.

“The church themselves hasn’t made a donation, yet, but members and classes have stepped up and helped,” Gentry said. “Women from my church have volunteered their time and snacks and will help out regularly.”

“We don’t know their life,” Shaw said. “But to me, it is an easy way to reach out to other people and take a little time to build that trust with every single one of them.”