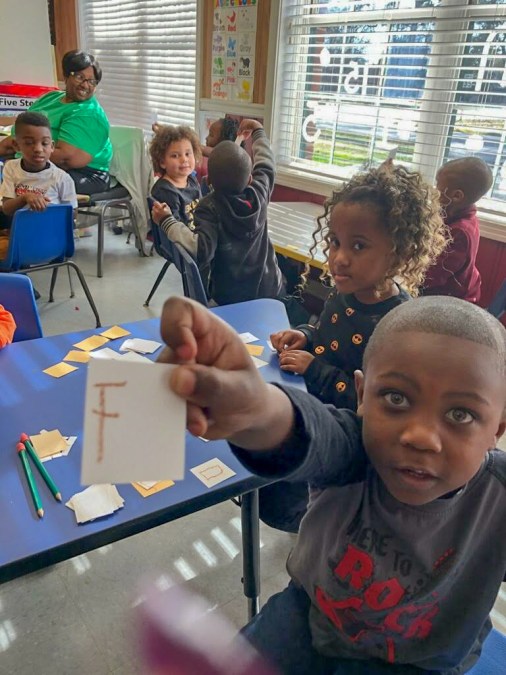 When the Rev. Bryan Diffee arrived at First United Methodist Church in Crossett in the summer of 2017, part of the church was closed off and was mainly used for storage.

“There was a whole wing of the church that was built and housed a daycare,” Diffee, senior pastor at First UMC Crossett, said. “But when I got here, it was filled up with furniture and things like that.

“We had a sale, and we sold some of it off, but it was still mostly used for storage. We knew we wanted to use it for something, and we had lots of ideas around, but we didn’t know exactly what we wanted to do. It was something we were praying about, but there wasn’t really anything concrete.”

That’s when Diffee received a phone call from Amy Howard, the director of the Southeast Arkansas Community Action Corporation. She asked him what he thought of the idea of having the local Head Start program renting or leasing the space.

“She said, ‘We want to move away from our current location because it costs a lot of money, and we would like to grow,’” Diffee said. “She said our facility would be a great place to move into.”

Diffee said it was a smooth transition, as God seemed to be in the mix.

“We figured out our square footage, and what a reasonable amount to charge would be for rent,” Diffee said. “We started negotiations with them, and it lasted through the summer. The contract was signed, and they moved in the week prior to school starting before this school year.”

The daycare closed in 2016, after being operational for 50 years, but the church was built in 1949 and then added on. Diffee said the original church dates back to the 1800s. He said as long as anybody can remember, there has been some facility or daycare here.

Head Start is a government-funded program that partners with the local school district, and it helps kids prepare for kindergarten. Diffee said it works much like a preschool, but it is free for underprivileged kids and those that might be a little bit behind in some areas. He said if a child has some sort of delay, the program has a place set up for an occupational therapist to come in to help the kids. The Head Start program in Crossett has 34 kids, ages three to five.

“It helps the kids that may be behind, so once they enter the school system, they can succeed,” he said.

Marquisha Bridges, the Crossett Head Start center director, said the church is “really helping us a lot with the program.”

“It was a blessing, and we had been looking for a place to move into for a long time,” Bridges said. “To find it, within a church, and our with our community stepping forward and helping us out – it has been a complete blessing.”

Diffee said the last thing they wanted to do was be a landlord. He said they are continually looking for ways to partner with Head Start.

“We kind of came up with ideas and activities for us to be involved in and we came alongside and helped them out,” he said. “They hosted Donuts for Dad, and because a lot of kids’ grandparents or parents may work, a group of our men went down and hung around them for a little bit.”

He said women of the church would help provide the refreshments for any of the parties they have including Christmas parties or a Valentine’s Day party.

“The funding they have is for educational purposes, and so anything else has to come out of the pockets of the teachers, and they don’t make very much,” Diffee said.

Diffee said it has become an excellent chance to minister to the neighborhood and he said as the story unfolds and “they get to know us a little better, hopefully, we can make an impact.”

“It has been a real partnership,” Bridges said. “If there is anything we are in need of, if we call them, they come and help.

“It has been an absolute blessing.” 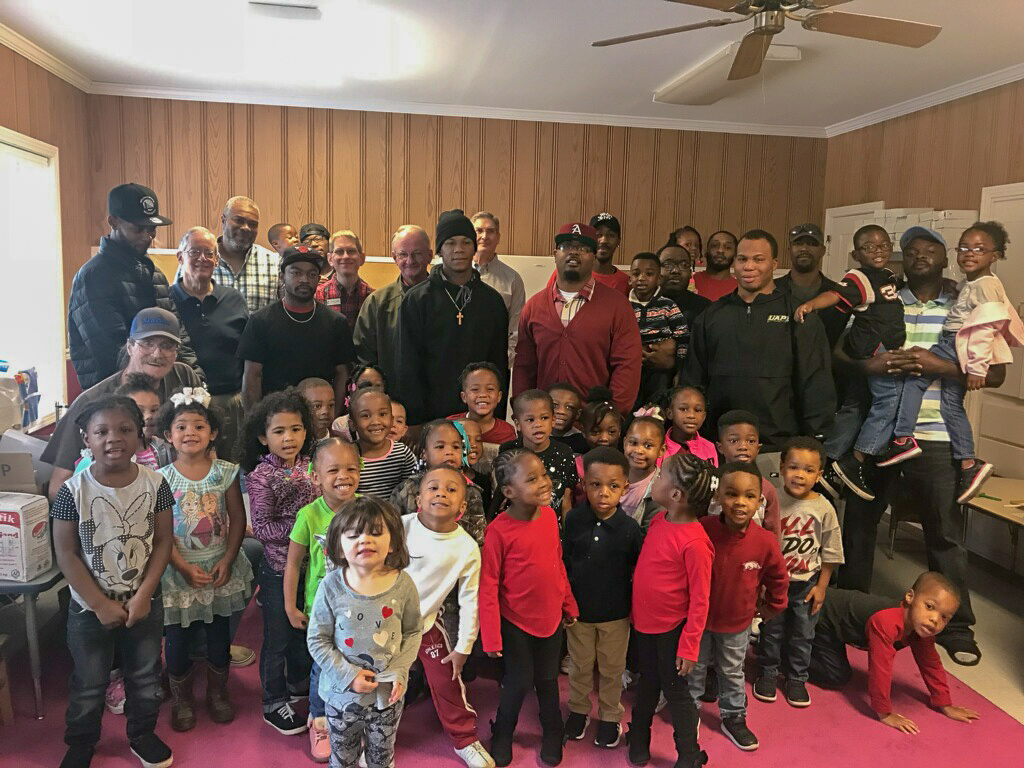 Children and adults from the Head Start program. Photo provided by Bryan Diffee