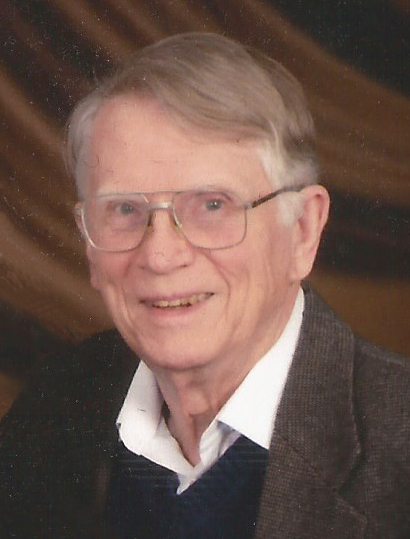 Albert William (Bill) Martin, Jr. passed away peacefully in Waverly, OH on January 9, 2019. He was born in Nashville, TN on June 6, 1930, to Albert William Martin, Sr. of Pea Ridge, AR and Sallie Hairston Martin of Conway, AR. Bill grew up in Arkansas and moved to Dallas, TX, where he graduated as valedictorian from Highland Park High School in 1948. He graduated from Southern Methodist University (1951) and Union Theological Seminary (1954). He completed an MA (1961) and Ph.D. (1971) at Vanderbilt University. While at Vanderbilt, Bill and his wife, Bea, participated in the Nashville sit-in movement and helped to organize student protests.

During his teaching career, Bill worked for the Board of Missions of the Methodist Church, which later became the Board of Global Ministries of the United Methodist Church. He held numerous positions at Methodist or United Methodist-related schools from 1956-81, including Robinson School of San Juan, Puerto Rico; the Navajo Methodist Mission School of Farmington, NM; and McCurdy School of Española, NM. Bill taught at seminaries including the Centro Evangélico Unido in Mexico City from 1965-69, and the Seminario Evangélico de Puerto Rico in Hato Rey, Puerto Rico, 1971- 77. He taught classes for pastors at Perkins School of Theology, SMU, and at their extension center at Hendrix College in Conway, AR. Bill was a professor at Oklahoma City University (OCU) from 1981-98, where he served one year as Acting Dean of the Wimberly School of Religion and was named Professor Emeritus upon his retirement.

Bill’s publications include his book, A Diary of Devotion: A Month with John and Charles Wesley, and multiple articles in journals such as Methodist History, New Mexico Historical Review, The Chronicles of Oklahoma, Quarterly Review, Studia Liturgica, Journal of Ecumenical Studies, The Craighead County Historical Quarterly, Flashback and Tennessee Historical Quarterly. He wrote occasional guest columns for the United Methodist News Service, the Arkansas United Methodist, and the United Methodist Reporter. One of Bill’s articles published in The Chronicles of Oklahoma received the Muriel H. Wright Award for the “outstanding article” in 2000.

Bill was one of the founders and early chairpersons of Amnesty International Chapter 238 in Oklahoma City and served as President of the Oklahoma Coalition to Abolish the Death Penalty. He and his wife, Bea, received a lifetime service award from the Coalition.

Both were arrested numerous times and jailed on one occasion following demonstrations against the death penalty in Oklahoma.

Bill and Bea moved to Waverly, OH in 2013 and became members of Broad Street United Methodist Church in Columbus and Orchard Hill United Church of Christ in Chillicothe. As a resident of Bristol Village, Bill was active in the Faith & Values group and the Religious Liberal Fellowship.

A memorial service to celebrate Bill’s life will be held Saturday, January 19 at 1:30 pm in the assisted living activity room of Traditions at Bristol Village in Waverly, OH, with Rev. Terry D. Williams officiating. In lieu of flowers, the family suggests donations to Amnesty International, Bread for the World, United Methodist Committee on Relief, Reconciling Ministries Network (UMC), the Pike County Outreach Council in Waverly, or a local food bank. Bill’s remains will be buried in the cemetery of Pea Ridge, AR where his parents, grandparents, great-grandparents, and many other relatives are buried.