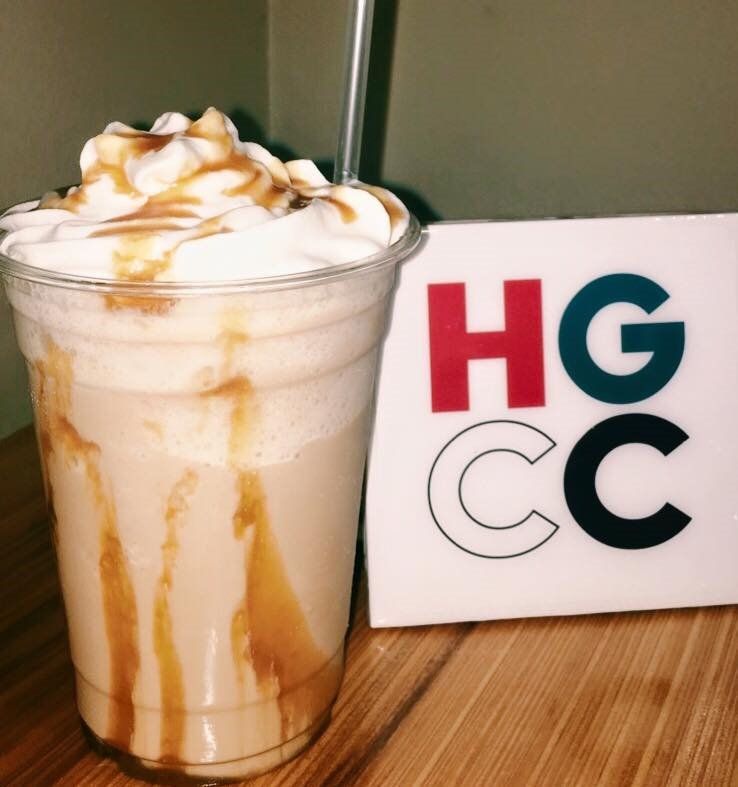 A Java Shake (pictured) and a Pumpkin Spice Chai Latte are just a few of the delicious coffee drinks served up at Holy Grounds. || Photo provided by Holy Grounds Community Coffeehouse

In February of 2017, a small group of volunteers from Forrest City First United Methodist Church traveled to Tanzania to work with local missionaries who have planted churches in the area. During their trip, they met some of the preachers for those planted churches. It was there where Maurica Dooley came up with the idea for a community coffee house.

Dooley, a member of the church, said one of the pastors is majoring in theology and graduates from school this year. The church has pledged to pay his tuition.

“Part of what we are hoping to accomplish with this coffee house is for the proceeds or profits to go towards our partnership with the missions in Tanzania,” Dooley said. “So we want to be self-sustaining and actually make a profit.”

Holy Grounds Community Coffeehouse, located at 620 E. Broadway, opened in January and is found inside a newly remodeled parsonage house.

“It got to a point where we either needed to tear it down or do something with it,” Dooley said. “So many of our members didn’t want to tear it down.

“So we were trying to come up with something to do with this building, so we came up with this coffee house idea.”

The house is roughly more than 100 years old and has 12-foot ceilings and wood floors, according to Dooley. Last year, the church celebrated its 100th anniversary and held a capital campaign to raise money for maintenance for the church as well as the remodel work for the coffee house.

“We exceeded our goal actually quite a bit,” Dooley said. “We had several maintenance things for the church, but we also used the money to make the house into a coffee house.

“That’s what paid for that.”

Forrest City United Methodist Church’s pastor, the Rev. Dixon Platt, said whoever was in charge of remodeling the house did a fantastic job.

“It was a group effort,” Dooley said.

“It is for people who wouldn’t necessarily enter through the front door of our church; this was sort of like a backdoor idea I guess,” Dooley said. “It is an outreach to the community for people who don’t have a connection to a church.” 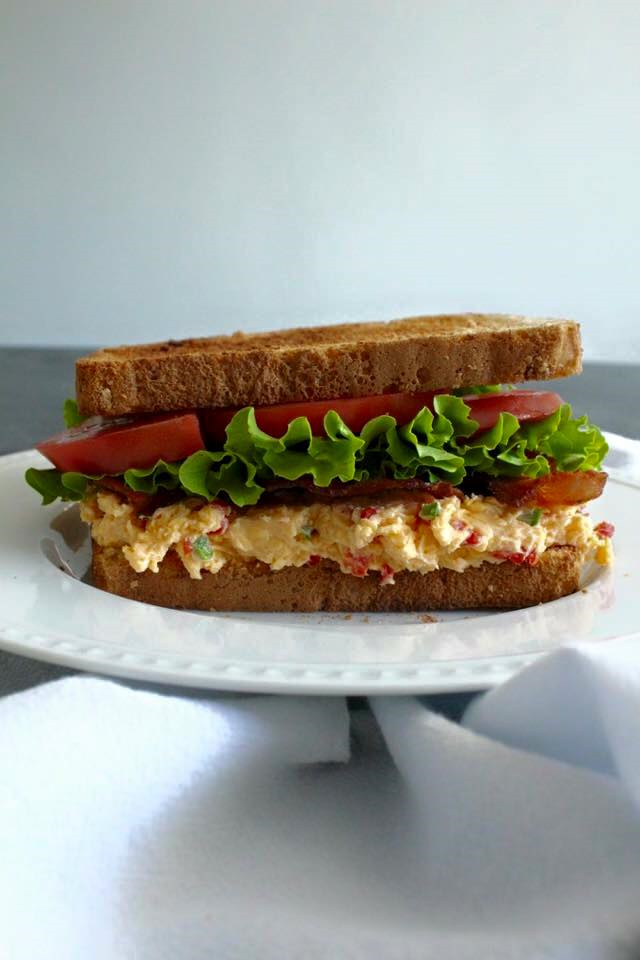 a Delta BLT with pimento cheese, one of many tasty offerings at Holy Grounds. || Photo provided by Holy Grounds Community Coffeehouse

She said there had been a couple of people that had come to visit the church that were initially introduced to it through the coffee house.

“We have a few regulars who come get a sandwich or something, and that may be the best meal they get that week.”

The idea of the pay-it-forward jar came from their full-time employee, Janet Peckham. Dooley said she is a “God-send.”

“She is awesome and a perfect fit,” Dooley said. “We have volunteers that help during the rush, and we also have a part-time employee that relieves her when she needs it.”

The coffee house is open Monday through Thursday from 7 a.m. to 3 p.m. and is open until 6 p.m. on Wednesdays to accommodate the church crowd. The restaurant offers sandwiches, soups, cakes, and muffins and has different specials each week. The coffee house gets its beans from Westrock Coffee Company, which operates its own mission by using direct trade with the farmers who grow the beans. For more information, visit www.holygroundscommunitycoffeehouse.com.

“The community has really embraced it,” Dooley said. “They are very tickled to have a coffee shop in this town.

“Before, the only coffee offered around here was from McDonald’s. So it has been very well received and very supported by our community.”

Platt said the coffee house gets many customers coming off the interstate.

“They have stopped by for coffee or whatever they might want to pick up,” he said. “We are centrally located downtown, directly across from the post office.

“It is a food establishment, and those are hard to establish, but we are doing well.”

The coffee house has housed several committee meetings such as the downtown revitalization committee and other groups, according to Platt.

He said Briuana Green, who graduated from Forrest City High School and graduated from Harvard University recently, held a book signing for her book, “The Fall.”

“Our small groups from church use it after hours because it is a quieter spot than most,” Platt said. “We also have local artists display their artwork in the building.”

“A young man from our church has sat with his guitar and done a set,” Dooley said. “It has been very nice, and it is open for all kinds of people or anything the community would like to use it for.” 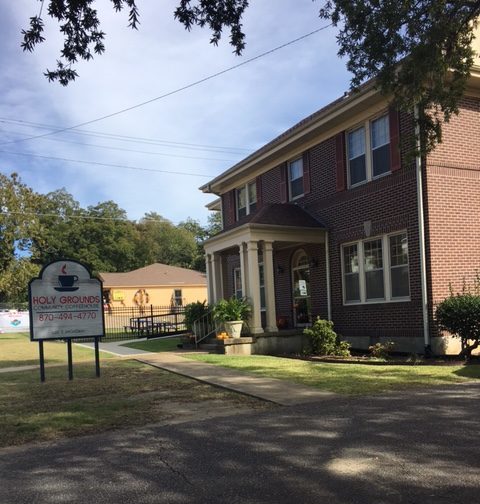 Platt said the church’s mission statement is to, “Make disciples of Jesus Christ by bringing people in, building people up and sending people out.”

“Holy Grounds is part of making that mission happen,” Platt said. “I think God was working in and influencing the ministry from the beginning when the seed was planted in Tanzania, then through the planning, to the fundraising, to the remodel and now through the menu, the service, the volunteers, and the staff,” Platt said. “Each one of those steps has potential pitfalls, numerous pitfalls, but God works and influenced the dreamers, the planners, the donors, and now the operators.

“Holy Grounds is reaching people inside and outside the church including our neighbors in need who stop by for a meal, a coffee, and a friendly face.”