In late May 2019, the Arkansas River rose to historically high levels due to heavy rainfall and the release of swollen reservoirs upstream in neighboring Kansas and Oklahoma. In many parts of the state, decades-old river records were broken, including a 1945 record set in Van Buren, and a Morrilton record from 1927. The Arkansas […]

When Communities Come Together

This past month has really gotten me thinking about the importance of community. As many of you are aware, Arkansas was hit with a number of natural disasters in June: from the Arkansas River flooding that displaced thousands of people to heavy rains, high winds, and tornado damage that made an already bad situation even […] 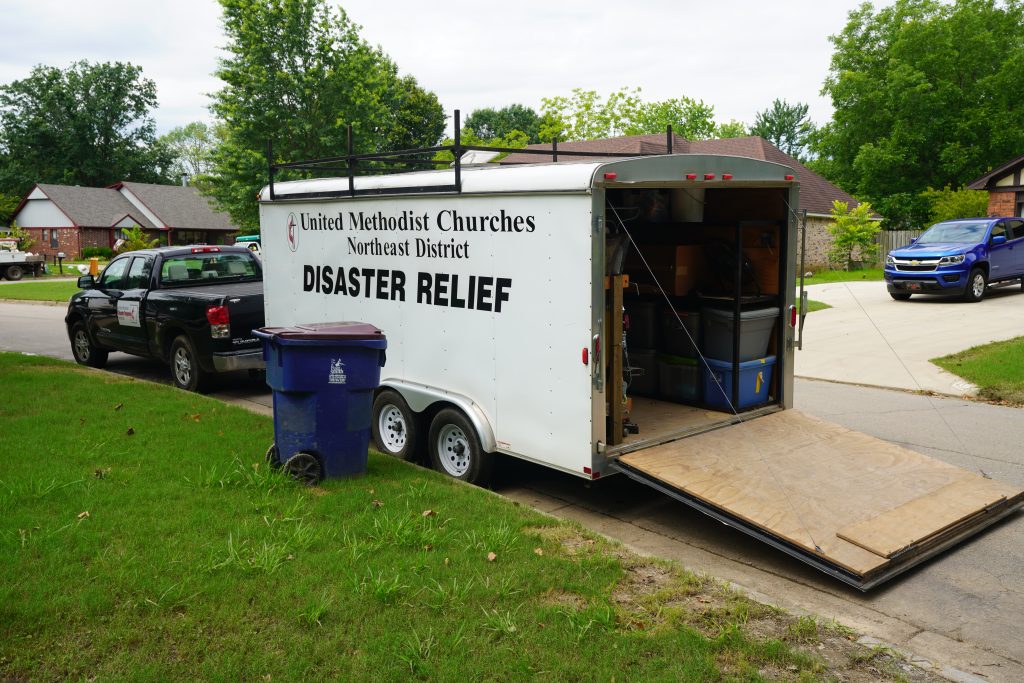 The Arkansas Conference of the United Methodist Church’s Disaster Response team, as well as the Arkansas chapter of Voluntary Organizations Active in Disaster (VOAD), are continuing their efforts to assist families and homes affected by the historic Arkansas River flood of 2019. So far, there have been nine volunteer training days held across the state […]