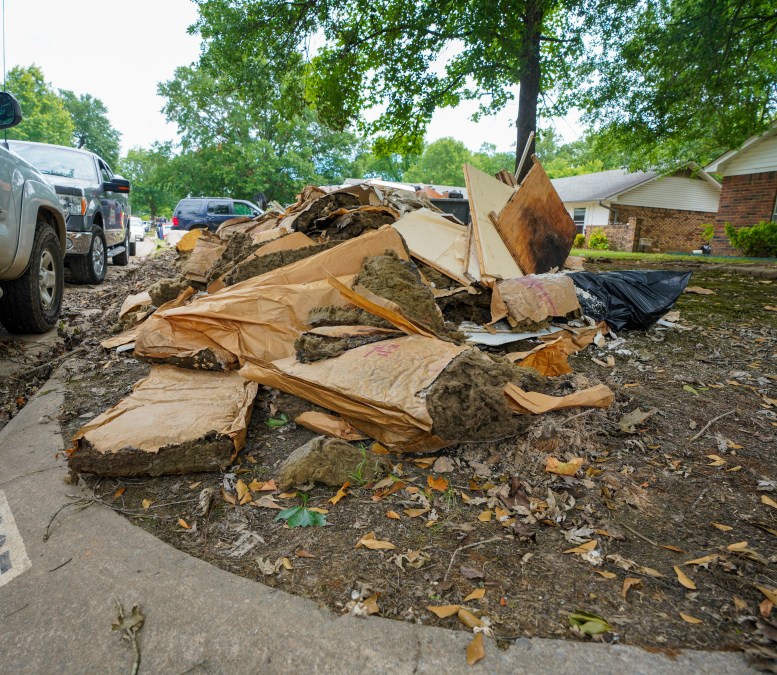 In late May 2019, the Arkansas River rose to historically high levels due to heavy rainfall and the release of swollen reservoirs upstream in neighboring Kansas and Oklahoma.

In many parts of the state, decades-old river records were broken, including a 1945 record set in Van Buren, and a Morrilton record from 1927.

The Arkansas River at Fort Smith crested at nearly 41 feet, almost 10 feet above flood stage, displacing families and businesses along the Arkansas River Valley. Nearly 500 homes were flooded in Fort Smith alone, and even more homes were affected in Little Rock, Pine Bluff, and further downstream in Pendleton, Arkansas.

The Arkansas Conference of the United Methodist Church’s Disaster Response team worked with local emergency response officials to find people who were in need of help, and work to “muck out” the damaged portions of their homes.

In total, more than 250 volunteers have signed up to assist families and individuals with “mucking out” their homes. Mucking out is the process of tearing out carpeting, sheetrock and other parts of a home damaged by water that has entered a building. 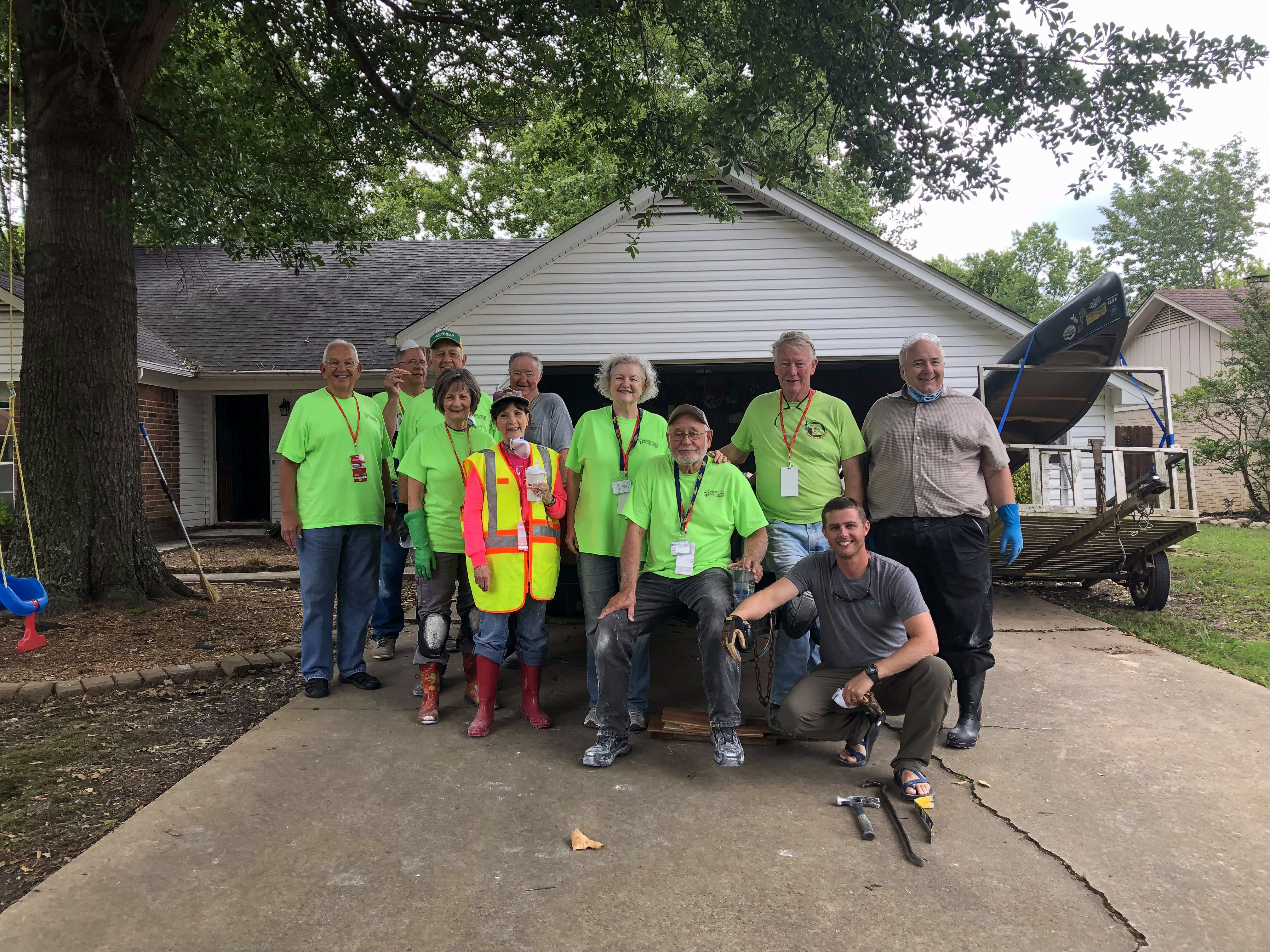 Even though turnout has been good, Byron Mann, Arkansas Conference Disaster Response Coordinator, said they are needing additional volunteers to sign up for training days and help muck out the hundreds of homes still in need of clean up. To sign up to volunteer, visit www.eiseverywhere.com/volunteersignup.

They are also hoping to continue raising money that will be used to assist people in rebuilding their lives once the cleanup process is complete. The Arkansas Conference of the United Methodist Church has raised $15,000 in donations since late May. Mann hopes to continue receiving donations to reach their goal of $100,000. 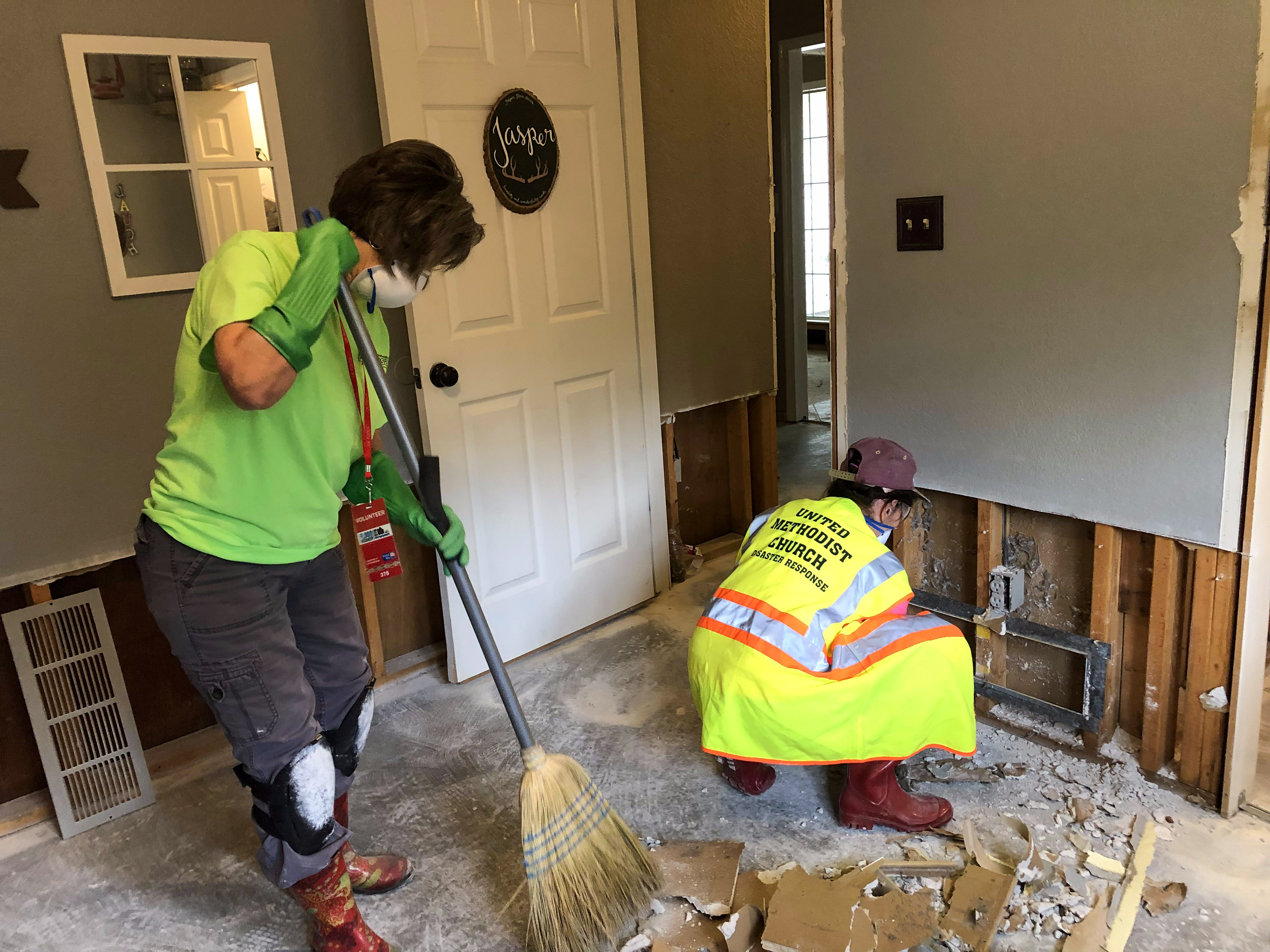 Volunteers with the Arkansas Conference Disaster Response team “muck out” the home of Keith Reeves in Fort Smith. The carpet, as well as soggy portions of the sheet rock, must be torn out and thrown away before repairs can occur. || Photo by Christina Choh

“This is a long-term process and by the end of it, we hope to have touched hundreds of lives by assisting in the cleanup process,” Mann said.
To donate online, click here and select the first box, “Arkansas Disaster Relief,” to give to families affected by the Arkansas River flood.