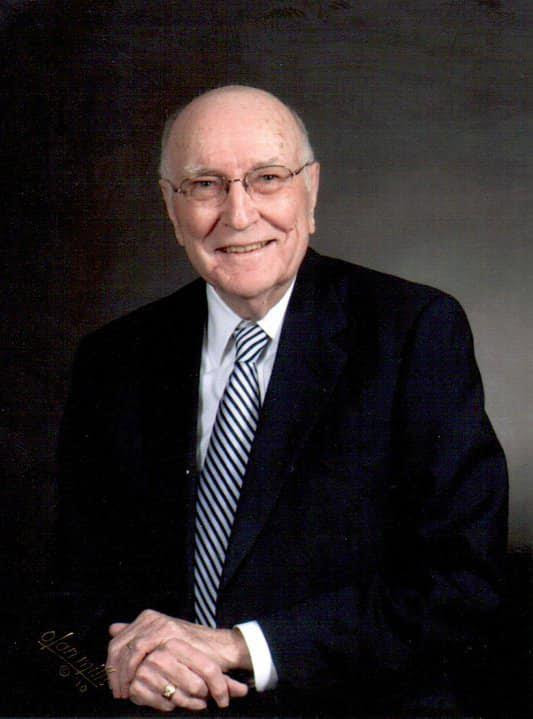 Rev. Earl B. Carter of North Little Rock passed away July 9, 2022. Earl was born in Altus, Arkansas on September 16, 1926. He graduated from Ozark High School, Hendrix College, and Candler School of Theology at Emory University, Atlanta, Georgia. He was awarded a Doctor of Divinity Degree and received a Christian Education Award from Hendrix College.

He was a member and former president of the Sherwood Rotary Club and a three-time recipient of the Paul Harris Fellow.

Earl is predeceased by his parents, Elmer Truman and Archie Beatrice Carter and by nine brothers and two sisters; Truman, Garner, Margaret, Willard, Joanna, Donald, Maurice, James, Claud, Albert, and Carroll.  He is survived by his wife, Emma and three children.  Their children are Bonnie (Lee) Hartz of North Little Rock, Stephen (Paula) of Bentonville, and Nan (Brooks) Clem of Hot Springs.  He is also survived by seven grandchildren and nine great-grandchildren.

A memorial service for Rev. Earl Carter will be held on Saturday, August 13 at 10 a.m. at North Little Rock First United Methodist Church (6701 John F Kennedy Blvd, North Little Rock, AR 72116). Prior to the service, there will be a visitation reception in the Narthex beginning at 9 a.m.