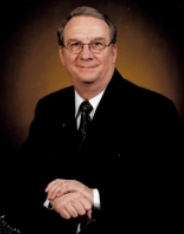 Dennis Edward Horvath born August 1st, 1940 in Barberton, Ohio to Steven Horvath and Edna Horvath (Hutchison). He married his high school sweetheart, Barbara Lohrand who he was married to for sixty-three and half years. Dennis served in the USAF attaining the highest enlisted rank of Chief Master SGT after 16 years of service and retired in 1979 after 21 years of service. On his return to civilian life, he worked for the City of North Richland Hills, TX retiring after 15 years serving as Deputy City Manager.

Dennis and Barbara moved to Hot Springs Village, AR in 1993 and enjoyed playing golf until 1999. He attended the Walk to Emmaus and heard the call to serve his Lord and Savior as a local pastor. He responded to his call and served as local pastor at New Salem UMC, Piney Grove UMC in Hot Springs, AR, Mountainside UMC in Hot Springs Village, AR and again at New Salem. He retired again after serving 15 years in this capacity. Dennis was not content with being inactive and driven by his strong desire to help others he became a volunteer at CHI St. Vincent Hospital in Hot Springs, AR. His strength began to weaken after serving six years as a volunteer and in 2020 he became aware that he had a brain tumor.

Dennis left his earthly life on August 1, 2022 and now resides with his Heavenly Father. He is preceded in death by his parents, brother David Horvath, son Timothy Horvath and grandson Jared Horvath(triplet). He is survived by his wife, Barbara, brother Don (Anne) Horvath; Daughter Tamera (Tony) Crew; son James (Chamanea) Horvath. Seven grandchildren Lori (Lee) Horvath; Mechelle (Schafer) Horvath; Michael Crew; Jacob Crew; Sidney Horvath; Jordan Horvath (triplets) and seven great-grandchildren. He will not only be missed by his family that loves him so dearly, but also by the many friends who have grown to know him and love him. A celebration of his life will be held at 2:00 pm on August 13,2022 at the Christ of Hills United Methodist church.

In lieu of flowers, the family request that memorials be made to Christ of the Hills United Methodist Church 700 Balearic Road, Hot Springs Village, AR 71909.