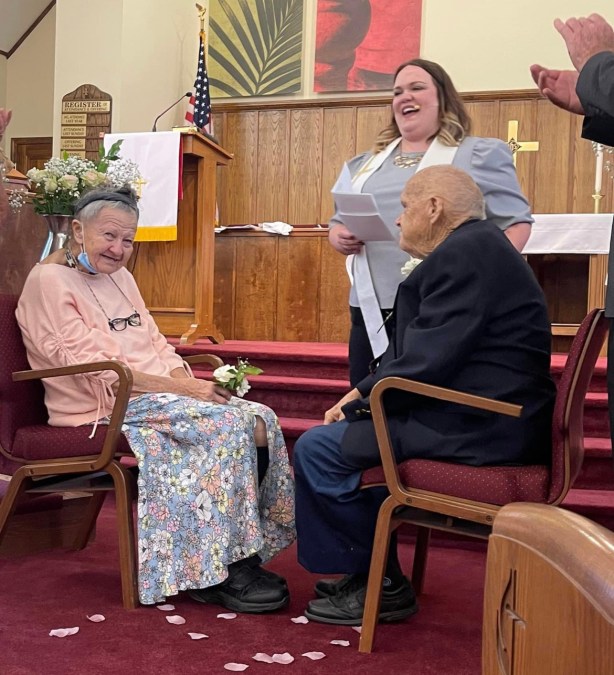 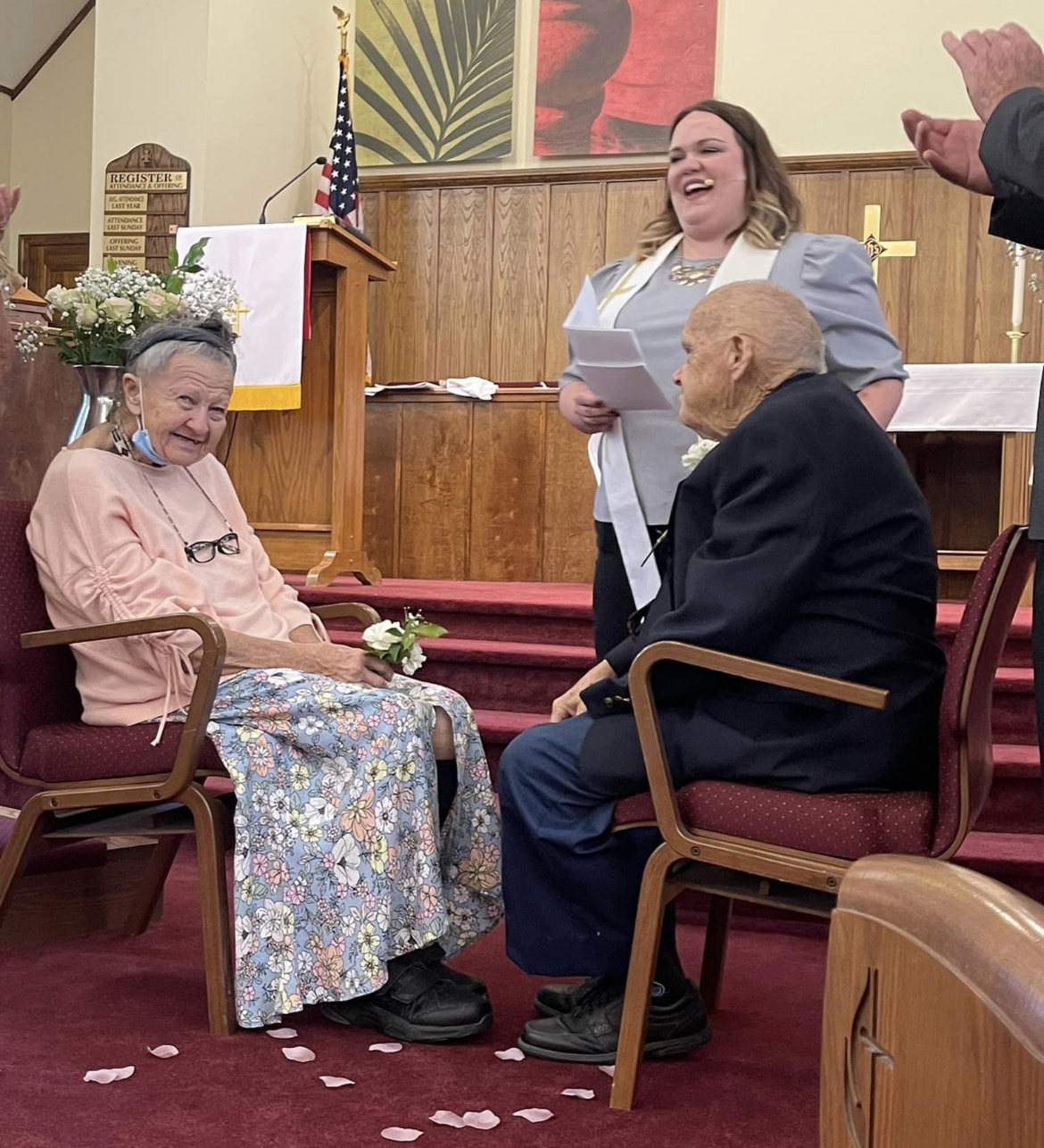 When at first you don’t succeed, try, try again.

On Sunday, May 1, Rev. Amanda Smith, pastor of Norphlet United Methodist Church, had the honor of officiating the wedding of Robert Jackson, 89, to Mary Linda Darden, 77.

“They had actually been married some 60 years before,” Rev. Smith said. Mary Linda’s father arranged for Mary Linda and Robert, a former local pastor in Union County, to be married when Mary Linda was about 20 years old. However, they divorced several years later.

Rev. Smith explained Mary Linda married again, however, Robert did not. Before Mary Linda’s second husband passed away several years ago, he asked Robert as a friend to help take care of her.

A few months ago, Rev. Smith took Mary Linda to see Robert in the hospital.  As friends, the couple ran errands together and spent most of their time together, Rev. Smith commented. “Robert had asked Mary Linda several times [before] to marry him, but she always said no.” However, in the hospital room, Robert asked again. This time, Mary Linda agreed.

The couple had no children and no close family local. “The [Norphlet] church family is really their family,” Rev. Smith said. Congregation members arranged the small ceremony, putting together flowers for the boutonniere and bouquet, refreshments for the reception following, bought a dress for Mary Linda to wear, and two close friends stood as best man and matron of honor. Because the couple’s favorite restaurant is Burger King, congregation members donated Burger King gift cards as wedding presents.

Robert is hard of hearing, so Rev. Smith printed questions on cardstock for him to read and answer the vows.

During worship each Sunday, the congregation members are invited to share joys and concerns. Every week, Mary Linda says it is a joy to be in the house of the Lord. Rev. Smith said Mary Linda is extremely faithful with her prayers, and Robert tithes weekly. “Even when we are older, we are never used up.  Sometimes we think it’s someone else’s turn, but even at the end, we have so much to offer.”