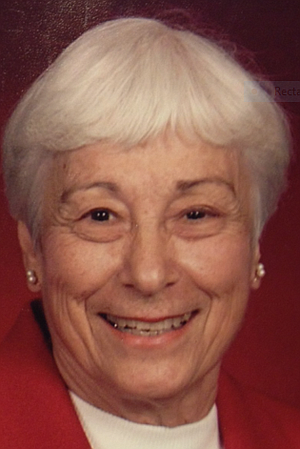 Mrs. Workman was best known for her long and engaged involvement in the United Methodist Church’s social and human rights work. She was particularly active in advocating civil rights, women’s equality, and efforts to promote justice and world peace. As a result of her lifelong leadership in these areas, Mrs. Workman received numerous honors. These included Hendrix College’s Ethel K. Miller Award for Religious and Social Awareness (1985); recognition by the Arkansas Peace Center for her “sustained commitment to contemporary issues of peace and justice” (1987); The Valiant Woman Award from Arkansas Church Women United (1988); the Human Rights Award from Church Women United (2011), and the 2013 Humanitarian Award from Hendrix College.

Born in Buckner, AR in 1928, Elizabeth Teague was the second child of Otto Warren Teague (d. 1988) of Hollywood, AR, and Lydia Lois Young Teague (d. 1998), formerly of Mayfield, KY. Her father was a United Methodist minister who served for 43 years in various Arkansas conferences. The Church and its music formed the foundations of young Elizabeth’s life. Her earliest memory, she once said, was hearing a piano as she walked along a dirt road in rural Arkansas and felt drawn to the sound.

By the time she was 12, she was playing the piano for worship services led by her father. Only a few years later, she would serve in local churches as a youth counselor, Sunday school teacher, and choir director. She graduated from Pine Bluff High School (1946) and received her BA from Hendrix College (1950). At Hendrix she met her husband, John S. Workman (d. 2014), a Methodist minister and a journalist who, from 1979 into the early ‘90s, was the Arkansas Gazette’s religion editor. They were married for 64 years, a remarkable partnership which often saw them both engaged in many of the same political, social justice, and human rights issues.

Mrs. Workman was also deeply committed to public schools and, in particular, the education of the underprivileged and neglected. She earned an MA from the University of Central Arkansas in 1970 in special education and taught in the Little Rock Public Schools for 10 years (1970-1980). While the focus of her advocacy work was the United Methodist Women’s organization, her activism extended well beyond the halls of Methodism. From 1986-89 she was State President of Church Women United (CWU) in Arkansas, an organization of women of diverse races, cultures, and religious traditions advocating for peace and justice throughout the world. She also served on the CWU’s National Common Council, as well as on the National Committee for Ecumenical Action. The Arkansas CWU selected her State Chairperson for their Jubilee Year Celebration, marking the completion of their first 50 years of operation. While living in Little Rock, she also helped reorganize the Conway chapter of CWU and, after moving to Conway, held several offices there, including service as its president (2003-2004).

During the 1980s, Mrs. Workman also worked closely with the late Betty Bumpers, wife of the former Arkansas Governor and U.S. Senator, as one of the earliest members of Arkansas’ Peace Links initiative, an organization focused on ending the nuclear weapons race. As a part of this effort, she served on the Curriculum Committee for The Peace Education Project at the University of Arkansas at Little Rock. In 1985 she was state coordinator for the organization’s Peace Ribbon project. And in this leadership position she was selected to represent the group with Betty Bumpers at the Peace March in Washington, D.C., as well as served as a delegate for the organization’s mission to the Soviet Union in 1987.

An enthusiastic sports fan and athlete, Liz Workman played tennis into her mid 80s, often with her good friend, the late Betty Courtway of Conway. She was a highly competitive player. So much so that her children often joked that, for Mom, the promotion of world peace did not extend to the tennis court. Mrs. Workman’s other activities included work as co-chair of the Conway League of Women Voters; as a speaker and active member of NOW (National Organization for Women); as an advocate for alleviating poverty and hunger among Arkansans; as a member of the Advisory Council for the Arkansas Conference of Churches and Synagogues; and as a prominent voice for ERArkansas, the campaign in the mid-1970s to pass a State Equal Rights Amendment.

Her memorial service will be at the First United Methodist Church in Conway on a date to be arranged after the crest of the pandemic has subsided. In lieu of flowers, her family would welcome memorial donations made to one of the following: First United Methodist Church of Conway (designated for “The Elizabeth and John Workman Social Justice Fund”); Hendrix College (designated for “The Elizabeth and John Workman Grant Fund”); or to The Arkansas FoodBank, 4301 W. 65th Street, Little Rock, AR 72209.

Born in Huntington, WV on November 27, 1947, he was the son of the late Norris and Peggy Dellinger.

Thomas was a U.S. Army Veteran of the Vietnam War where he received a Purple Heart medal. He was a retired school teacher with thirty-eight years of service with Jonesboro High School. He began preaching in 2005 and for the last ten years he had served as the pastor of Bono United Methodist Church. He loved his church and congregation. He was a Gideon for most of his life. In his spare time he enjoyed traveling, hiking, any type of activities with his grandsons including ball games, awards ceremonies, and Boy Scout activities.

In lieu of flowers the family requests that memorial donations be made to either; The Gideons. www.sendtheword.org or Center of Advanced Liver Diseases – Methodist Le Bonheur. www.methodisthealth.org/healthcare-services/transplant/liver-transplant-program/

Words of comfort may be e-mailed to the family by going to our website; www.webbfh.com, selecting Thomas Dellinger’s name and then you may sign his guestbook. Webb Funeral Home has been entrusted with the arrangements for Mr. Dellinger and is honored to be serving the Dellinger family. Mr. Dellinger’s obituary has also been posted on Facebook for viewing 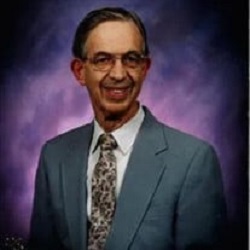 Bill was born Feb. 2, 1950, to the Rev. Norris and Virginia Steele in Morrilton.

After graduating from SMU, Bill began his life in the ministry by entering the Arkansas Methodist Conference. Bill served full time and part time for the Arkansas and Florida Methodist conferences for 43 years until he retired in July of 2017.

Bill always had a special place in his heart for youth. He was a counselor at the Florida Sheriff’s Youth Ranch in Live Oak and a family counselor in Perry, Fla., during the time that he was serving in the Florida Methodist Conference part time.

Bill returned to full-time ministry in the fall of 2006 in Arkansas, until his retirement.

Bill Steele never met a stranger. He was a stubborn, kind, funny and very generous man.

He was not a saint, but he was a human being who tried to make this world a better place through random acts of kindness and sharing God’s love wherever he went.

Bill loved listening to all kinds of music and enjoyed singing in the choir with his rich baritone voice.

He enjoyed shopping and finding all of the best deals, then sharing his “deals” with everyone around him.

If you were around Bill for more than five minutes and he didn’t tell some kind of a joke, you began to wonder if he needed a ride to the hospital.

He was a supportive father, whose voice could be heard at sporting events above all of the other parents.

Above all other things in life, Bill enjoyed being in the company of friends and family. He loved to talk about their favorite pastimes and relished in the victories big and small that came along with life.

Bill was predeceased by his wife, Mary Steele, his parents, the Rev. Norris and Virginia Steele, and his sister, Allidel Whitwell.

He is survived by his daughters, Kim Steele and Amber Center, his brothers, David and Rodney Steele, his granddaughter, Bailey Center, and his favorite cousin, Keith Steele.

A memorial service will be held at 11 a.m. Wednesday at the First United Methodist Church in Marked Tree. Arrangements are under the direction of Howard Funeral Service of Manila. 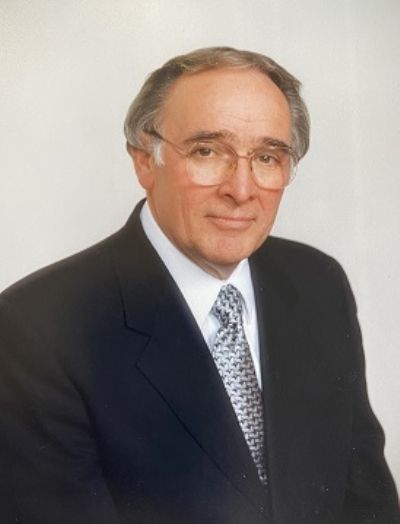