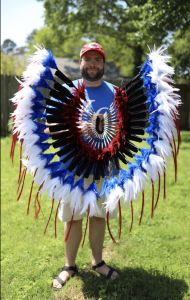 Each November, Native American Heritage Month is a special time to celebrate the rich and diverse cultures, traditions, and histories of Natives. This time is set aside by United Methodists as an opportunity to reach out to indigenous groups in our communities and to learn about—and from—our Native sisters and brothers.

The Arkansas Conference of the United Methodist Church is rich with Native American clergy and lay heritage.

Rev. George Odell, senior pastor of West Memphis FUMC, learned of his Native heritage through doing a study in genealogy. He learned that his ancestors immigrated to America from Canada. Rev. Odell is part of the Algonquin Nation.

Rev. Dan Read, pastor at Greers Chapel UMC and Stephens UMC, is a member of the Choctaw Nation of Oklahoma, a federally recognized sovereign nation.

“Everyone in my family has been a registered tribe member going back to the final Dawes roll. Membership in my tribe is not based on blood quontum, but on lineage to an original Dawes roll member,” shared Rev. Read.

In October, a group of Arkansas United Methodist clergy and laity convened in Oklahoma City with the Oklahoma Indian Conference for the 5th annual Immersion experience. The purpose of this event was for those attending to learn more about Native American history, context and its unique perspectives. 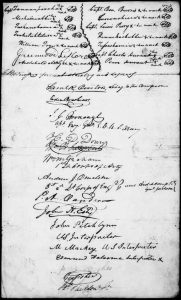 Provided by Rev. Dan Read: This document was signed by Pierre Durant, the grandfather to Cassie Durant (grave photo). This document is the treaty of Doak’s Stand that ceded a portion of Choctaw land in Mississippi for most of western Arkansas. Unfortunately, Rev. Read’s Durant ancestors were not allowed to settle in the land.

The group from Arkansas visited the First Americans Museum that just opened in September 2021 and offers an experience of the collective histories of 39 distinctive First American Nations in Oklahoma. They also visited Standing Bear Park, Museum and Education Center in Ponca City, which honors its six area tribes: Osage, Pawnee, Otoe-Missouria Kaw, Tonkawa and Ponca.

Immersion concluded with a visit to the Sovereign Community School that emphasizes Indigenous culture and traditions to students while challenging the next generations to understand and affirm their roles as citizens of Native nations; activating and empowering healthy indigenous leaders and citizens of this country’s first nations.

“The closing ceremony was a very powerful experience that included cleansing and blessing with sage, fire and feathers,” shared Nechi Fullerton, member of Canvas Community Church.

When asked the purpose for himself, his family and two church members attending, Rev. Walt Garrett shared that “it was totally Holy Spirit-driven.”

“What began as an issue with no potable water for two days in Benton during the winter storm in February has now turned into a mission emphasis on water-insecurity issues on Native lands,” shared Rev. Garrett. “So far, we (Benton FUMC) have worked with the United Methodist Four Corners Native American Ministries in New Mexico to build 15 above ground water tanks… and we are planning a mission trip to Chewey, Oklahoma in mid-June to assist the Native community with water insecurity there,” he added.

With a desire to learn more about supporting indigenous heritage and community, connections made through the Native American mission focus of Benton FUMC are how Garrett became part of the Immersion experience.

The grave of Cassie Durant, Rev. Dan Read’s 3x grandmother, who was the first generation of his family born in Oklahoma. Her parents traveled the Trail of Tears.

When asked about how he currently embraces his Native heritage, Rev. Dan Read shared, “I have grown closer to my Native heritage over the years through my native friends from college, and my genealogical research.”

Recently Rev. Read has begun making regalia which is the traditional and often sacred clothing, accessories and artifacts worn or carried during various ceremonies.

He explained that, “Each piece (of regalia) has significance and is used by Powwow dancers with feathers that hold great significance among Native Americans. The hawk and eagle feathers are the most revered as they carry prayers high in the sky to the Creator.”

“Feathers are often given to honor accomplishments,” shared Read. “And by federal law, feathers of all native migratory birds cannot be bought, sold, or bartered with. They can only be possessed by Native Americans and gifted to other Natives.”

Rev. Read proudly shared that he is currently waiting for eagle feathers from the National Eagle Repository that he looks forward to giving to his daughter, Alyce, for her graduation and other accomplishments in life.

Written by Amy Ezell with contributions by Nechi Fullerton 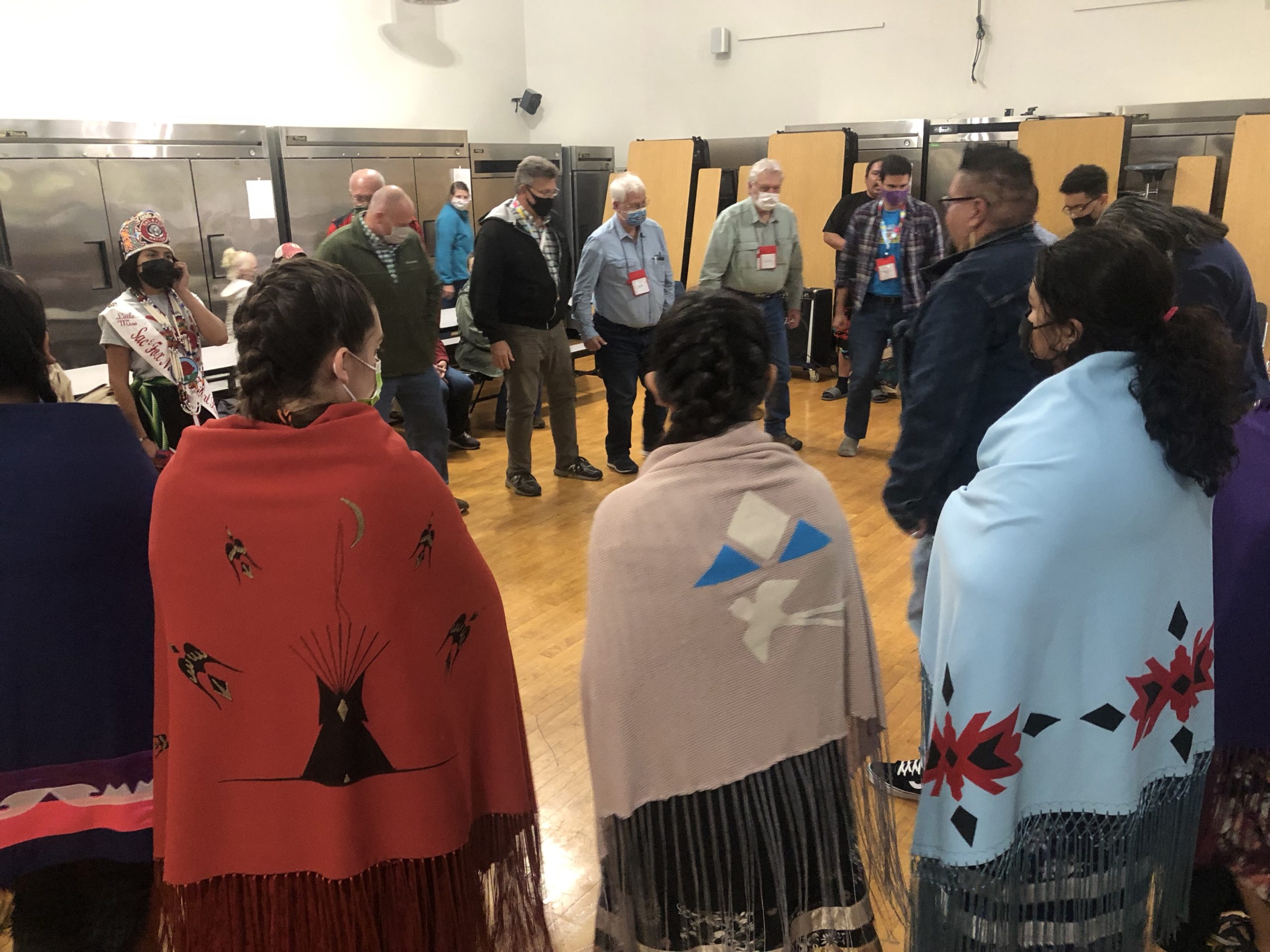