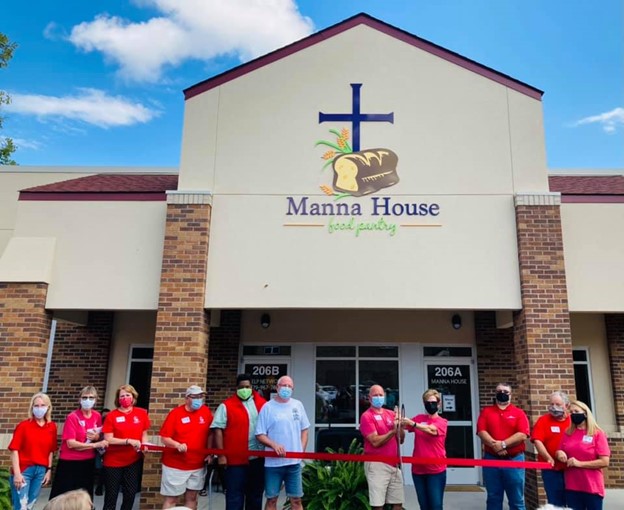 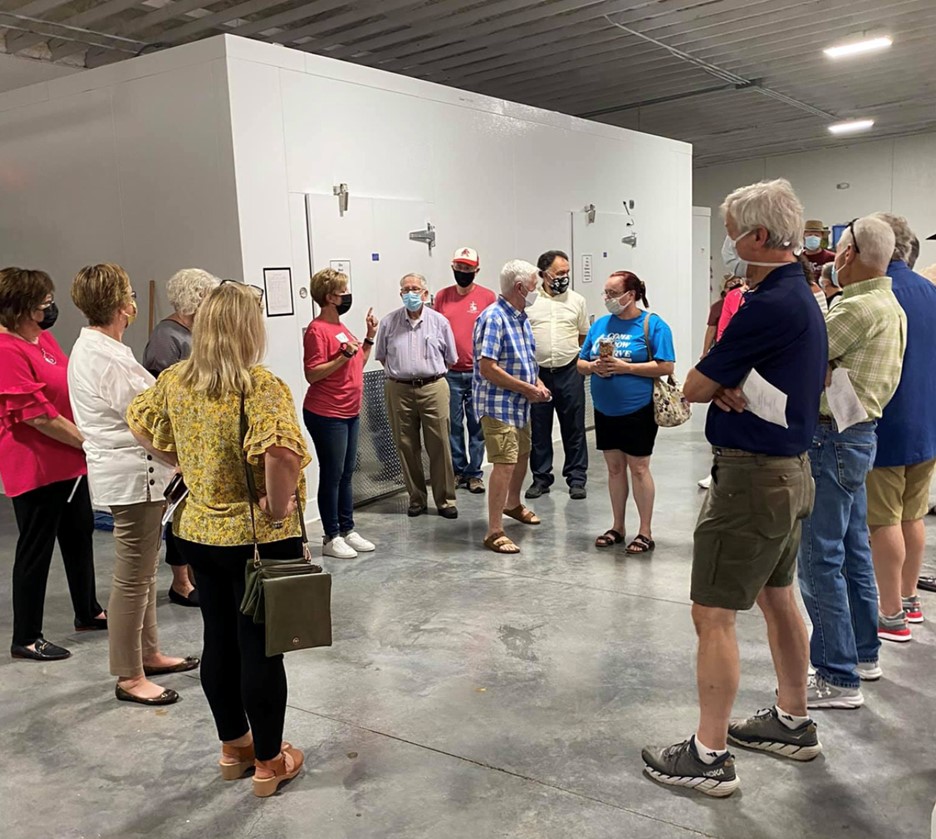 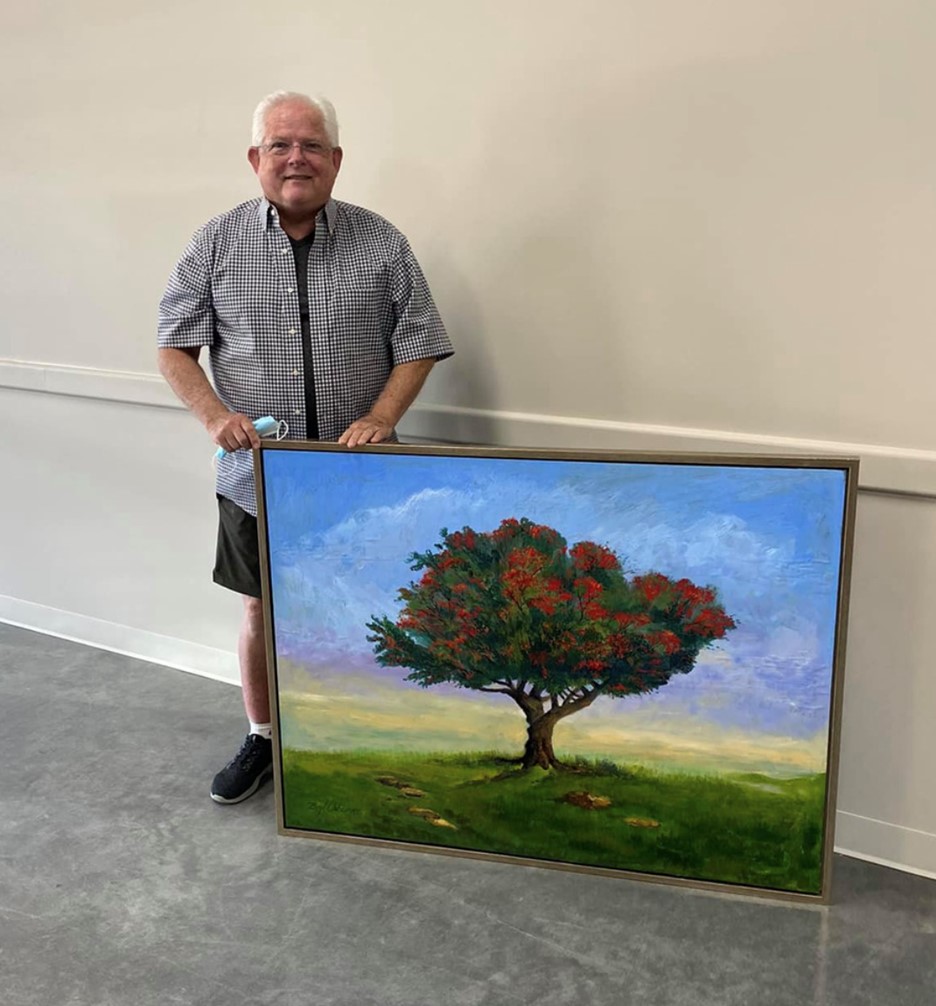 On Sunday, September 19, Russellville First United Methodist Church Manna held its Manna House Food Pantry ribbon-cutting ceremony along with a dedication and open house. Members of the community were invited to attend the event and were given tours of the new building. Manna House volunteers showed off the new facility and explained how the different areas were designed to support the specific needs of the organization. Bishop Gary E. Mueller was present to offer a prayer of dedication on this special day that makes a significant contribution toward the Arkansas Conference initiative “200,000 More Reasons” to eliminate childhood hunger in Arkansas. There will also be an area dedicated to “Giving Books for Love” for collecting books to build the personal library of children who come to Manna House for assistance.

Inside the building’s main doors, visitors are greeted with a bright, airy entryway that leads to the offices and the storage/set up areas. To the right, two service windows invite patrons to the services of Manna House and the Help Network. Between the two windows is a hallway lined with offices and meeting spaces for the Manna House volunteer staff. Across the room from the service window hangs an original painting of the holly tree that stood outside the original Manna House Building. Local artist Boyd Osborne donated the artwork after realizing how meaningful the tree was Manna House and its patrons, as it served as shade for many waiting in line. The tree was removed to make room for the new building. Smaller holly bushes have been planted as a reminder of the original tree that provided the classic look of the space.

The storage and organizing areas of the facility feature large rows of shelving, walk-in refrigeration and freezing units, stainless steel worktables, and plenty of space for the volunteers to work sorting the variety of donated food items.

Since breaking ground on January 20, 2021, members of the community watched as the old building was taken down and the land leveled before the new construction began. With approximately 7,000 square feet, this building is designed to serve the almost 84,000 residents of Pope and Yell Counties. Manna House Food Pantry is the largest food pantry in the Arkansas River Valley serving approximately 22,000 persons per year. Not only is Manna House one of the largest food pantries in the area, but it is the only one open five days a week.

The anticipation has been building throughout the year, particularly after the exterior sign was installed on the façade on July 27. The local citizens have been eager for Manna House to open its new doors on Tuesday, September 7, and a record number of patrons have been served daily in the new location.