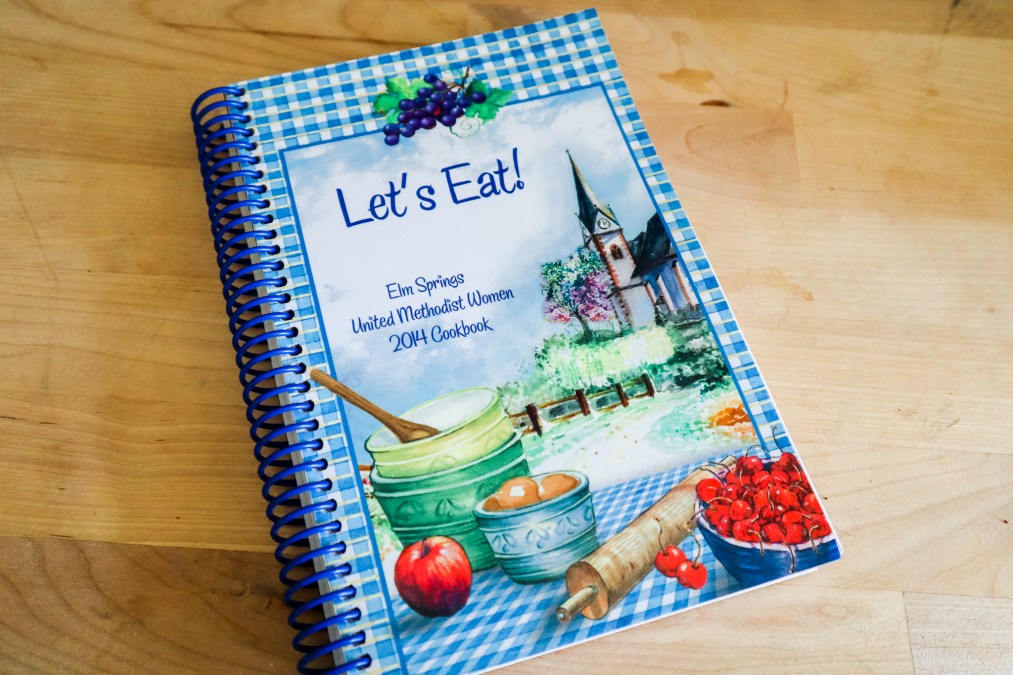 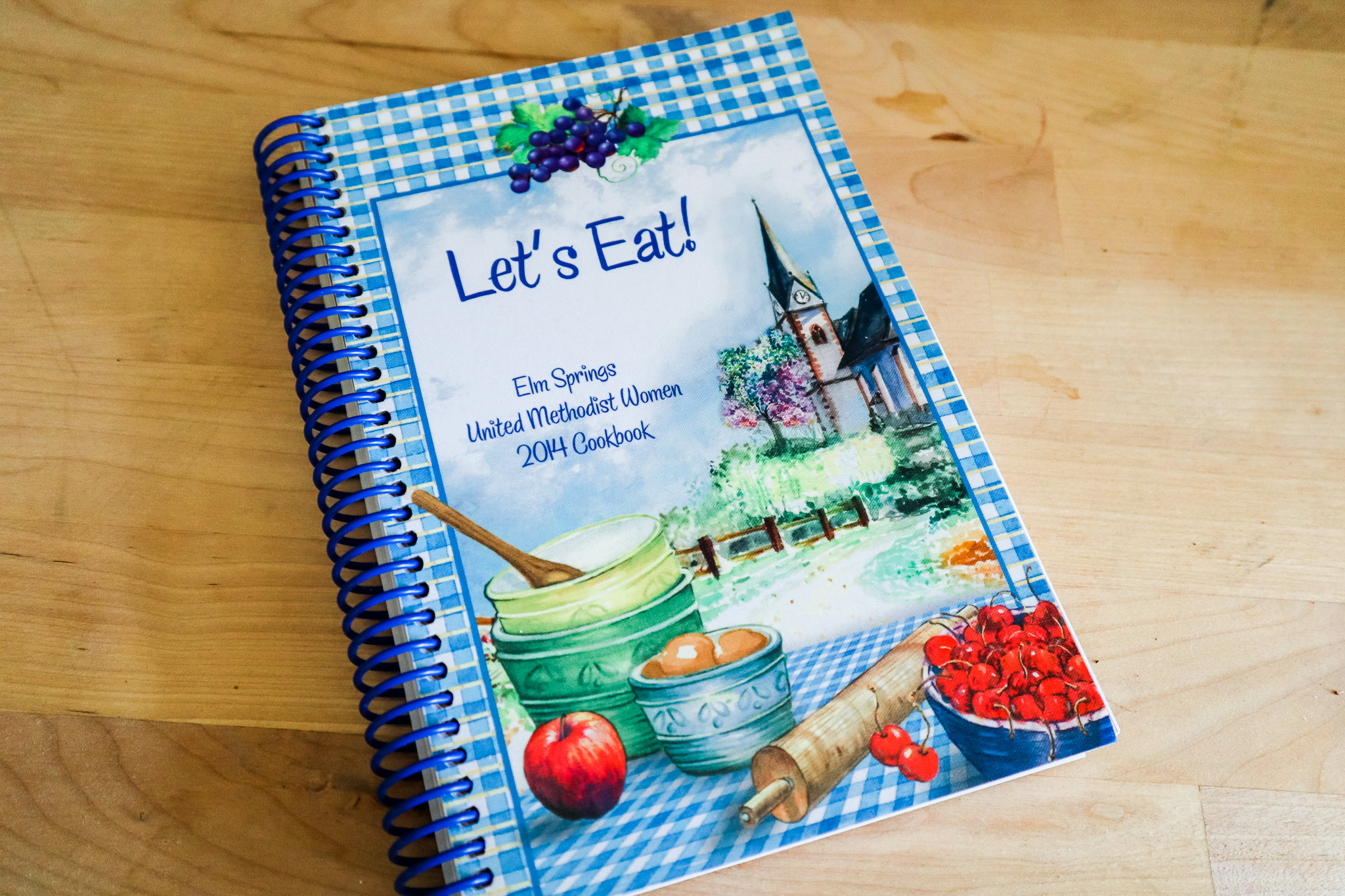 The pandemic has made us all chefs. At some point during the year-long quarantine, we have all tried our hand at reigniting a passion for cooking or attempting a new recipe. For some, we were happy just to keep the kitchen from burning down around us.

At Elm Springs United Methodist Church, the Rev. Jennie Williams and Brooke Hobbs have taken their cooking know-how and created a brand new internet cooking show that’s fun, engaging, and tells a bigger story of the strong community connections found at the church.

Williams, senior pastor at Elm Springs, said the idea came about after finding a collection of old cookbooks that church members had published.

“During the pandemic, we’ve really had a lot of time to kind of go through everything in the church and clean out things that we find. One of those times when I was cleaning up, I found a stack of cookbooks, dating from around 2014 or so,” Williams said.

“So then I was like, well, I’m really bad at cooking, and I don’t like doing it. So why don’t we film ourselves cooking things out of this book?”

Williams enlisted Hobbs, the new Youth and Communications Coordinator at Elm Springs, to help with the videos’ production and editing. Hobbs has experience filming and editing videos, so it was a natural fit for her.

“Brooke is why there’s been such a substantial bump in our production quality,” Williams said.

The video series is called Lent’s Eat, a play off of the title of the church cookbook, Let’s Eat, and the holy season of Lent, which is when the videos will be published.

In each video, Williams and Hobbs explain which recipe they’re going to tackle that week, as well as name the author of the original recipe. Many of the people who submitted recipes are still members of Elm Springs. If they have died or no longer attend the church, Williams said the videos allow their children or grandchildren to see their family members’ recipes come to life.

“It’s been a great way to connect with some of our members who are homebound and can’t come to the church right now for different reasons,” Williams said.

Choosing to take the recipes and repurpose them into a video format rather than republishing them on their website or in a church bulletin was a decision that was made because of the massive influence of video content right now, said Hobbs.

“We noticed that our video content is really engaging for folks, and we wanted to be able to put something out there weekly that broke up the monotony of the normal, not just something that we’ve done before, like a video devotional. This is something that increased our engagement with our online community in a new way,” Hobbs said.

In the video, Williams and Hobbs explain the origins of the recipes and then show a step-by-step process for how you can make them at home. At the end of the video, Rev. Williams offers a blessing to both Cheek and Turentine and thanks them for their contributions to the cookbook.

“The first recipe we did was Doris’s artichoke dip, and Doris is homebound right now, so I’ve never met her; I’ve only talked to her on the phone. But I’ve connected with her granddaughter, who’s around my age. She watched the video, and then she took it over and let her grandmother watch it.

“And so I know it has been fruitful, in terms of it being light and silly, but I think it’s also been meaningful for some of those people as well.” 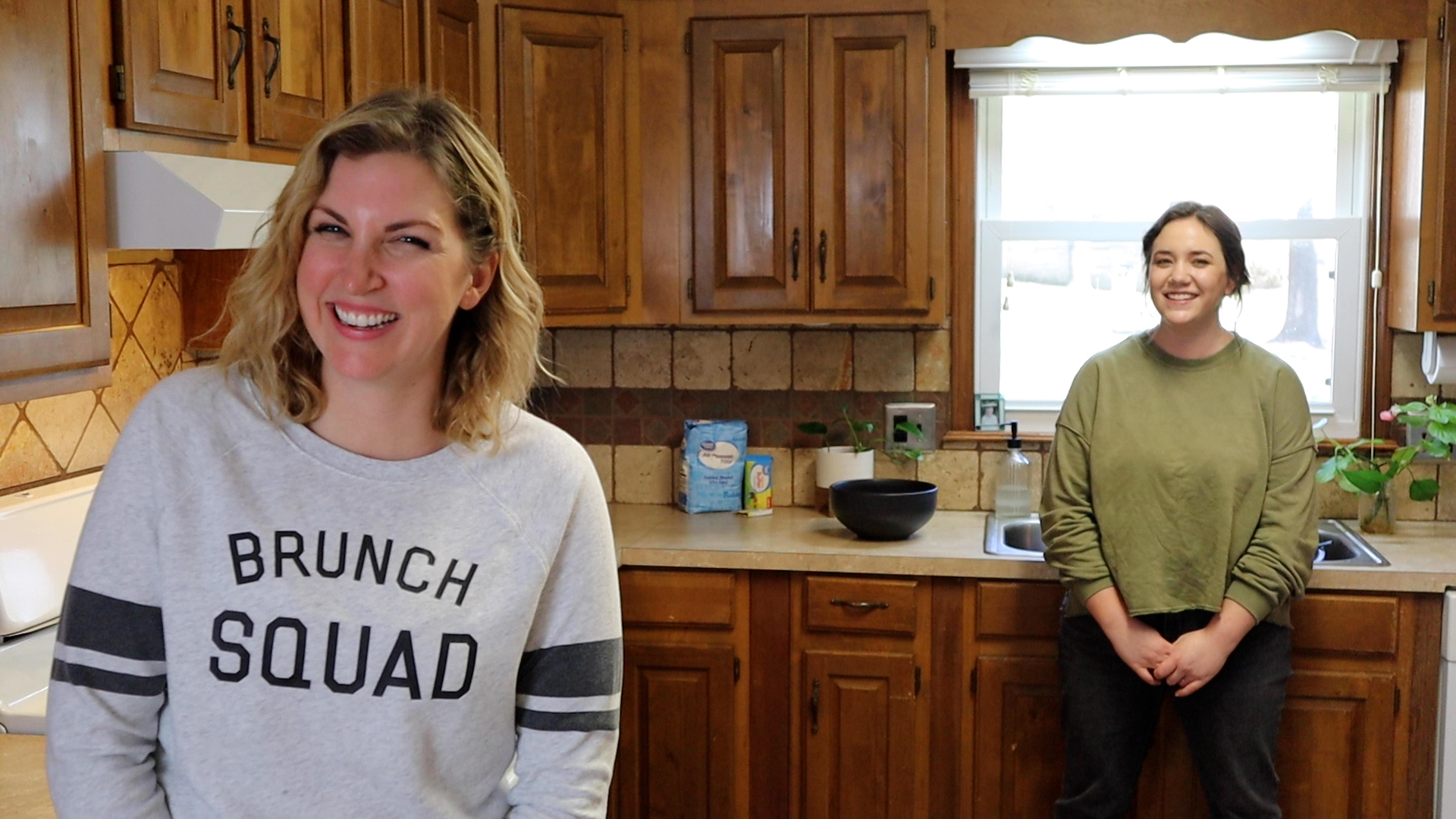 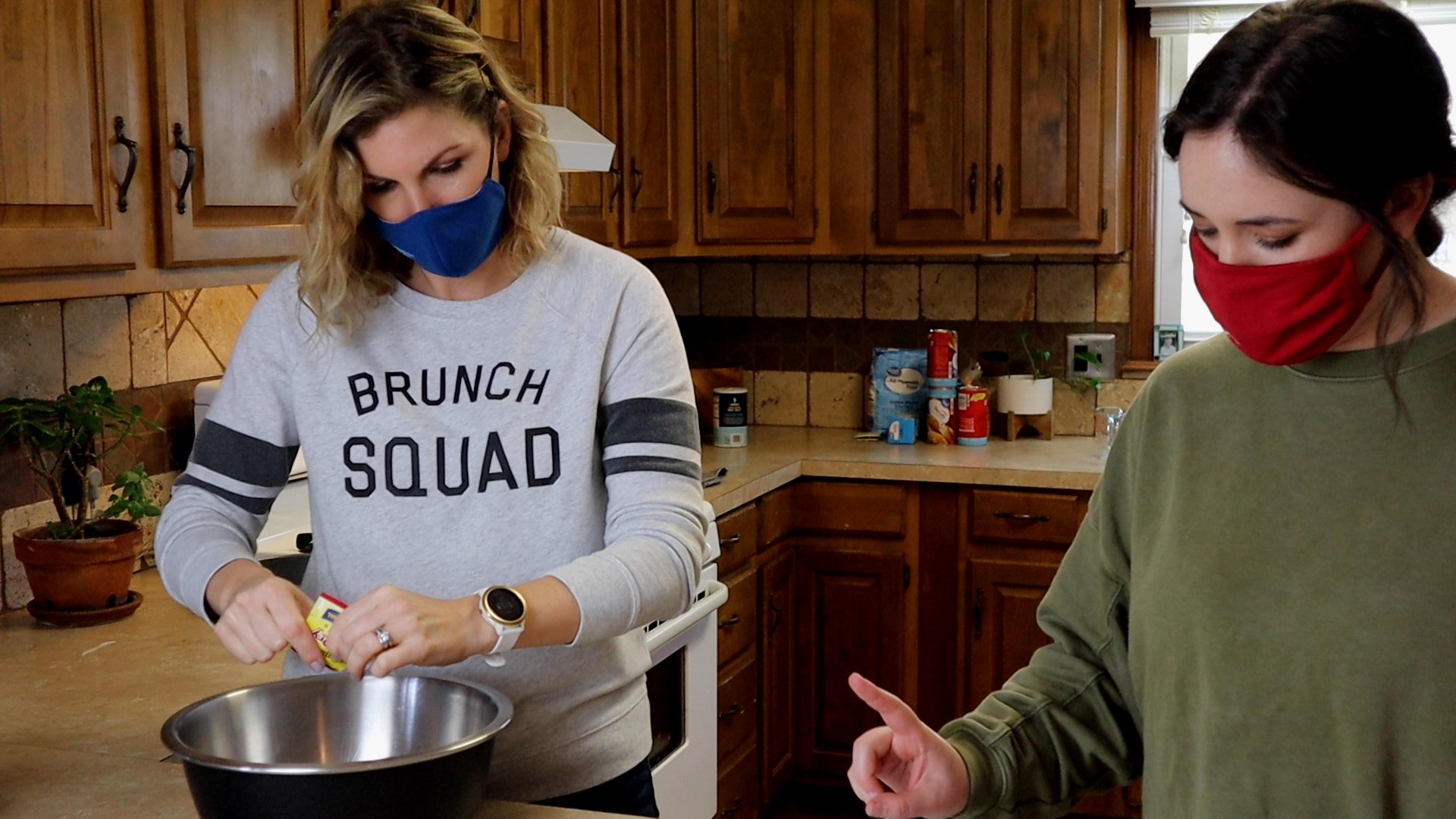 Williams and Hobbs film, edit, and publish the videos as a team for Elm Springs UMC. 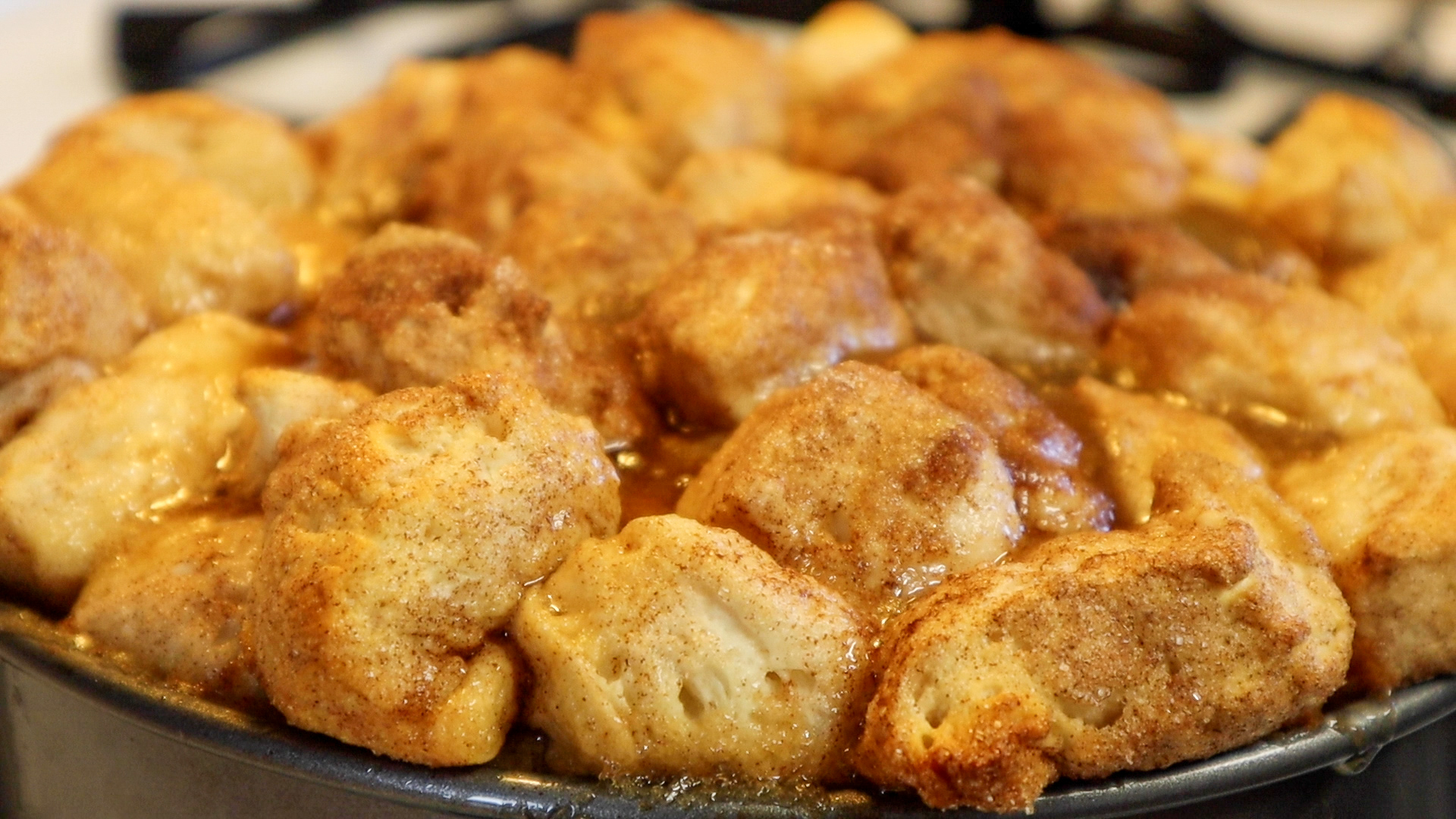 In their latest video, Rev. Williams and Hobbs make a monkey bread recipe from the Let’s Eat cookbook.

Hobbs said that they intentionally didn’t edit out mistakes they made while cooking the recipes to make it feel more authentic. At one point in the Mexican Casserole video, we follow Williams and the uncooked casserole as she travels across the church’s property to find a working oven, as the first two ovens she tries have issues heating up.

“I think the thing that Pastor Jennie and I both recognize is that we do want to be culturally relevant across all of the generations. This video is really fun and has more of a TikTok style to bring in some millennials and younger. But then also think about making it relevant to all generations,” Hobbs said.

“One of the things that I feel like is my gift is connecting with people. Moving to a new church in a pandemic is like a nightmare for somebody like me, who thrives on making personal connections. And so this helps me get partly there with making connections again,” Williams said. “I am who I am, and God picked me to to be in this role. And so I like to share that with others because I’m obviously imperfect. But I still feel like God can use me. And that’s sort of what I want to communicate in all these different ways, whether I’m talking about theology or whether I’m just cooking a recipe and making, like, seven mistakes along the way.”