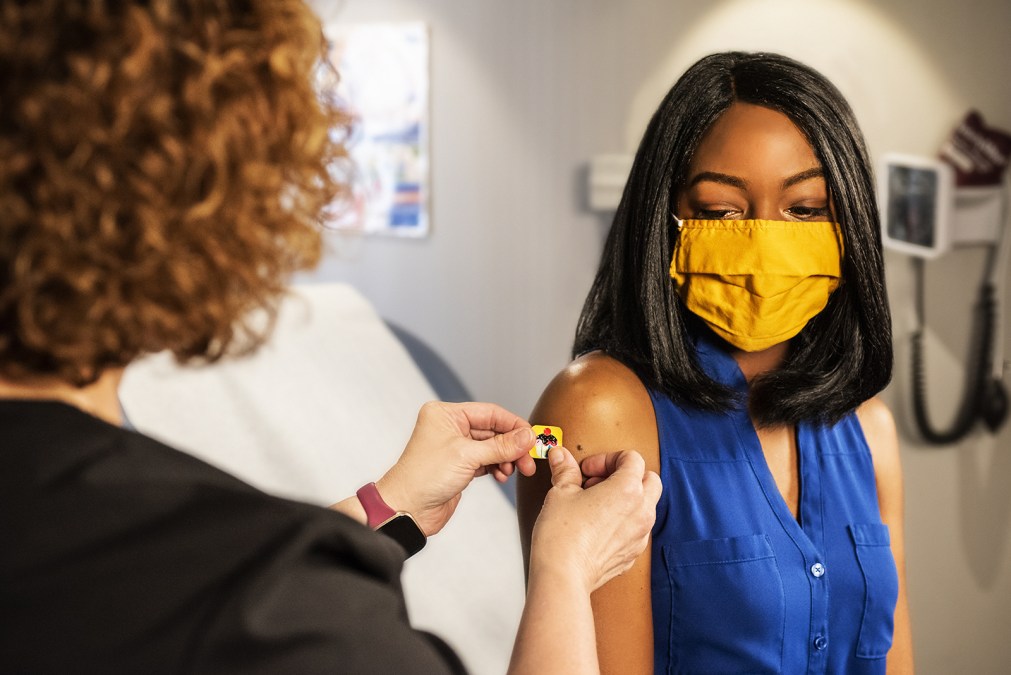 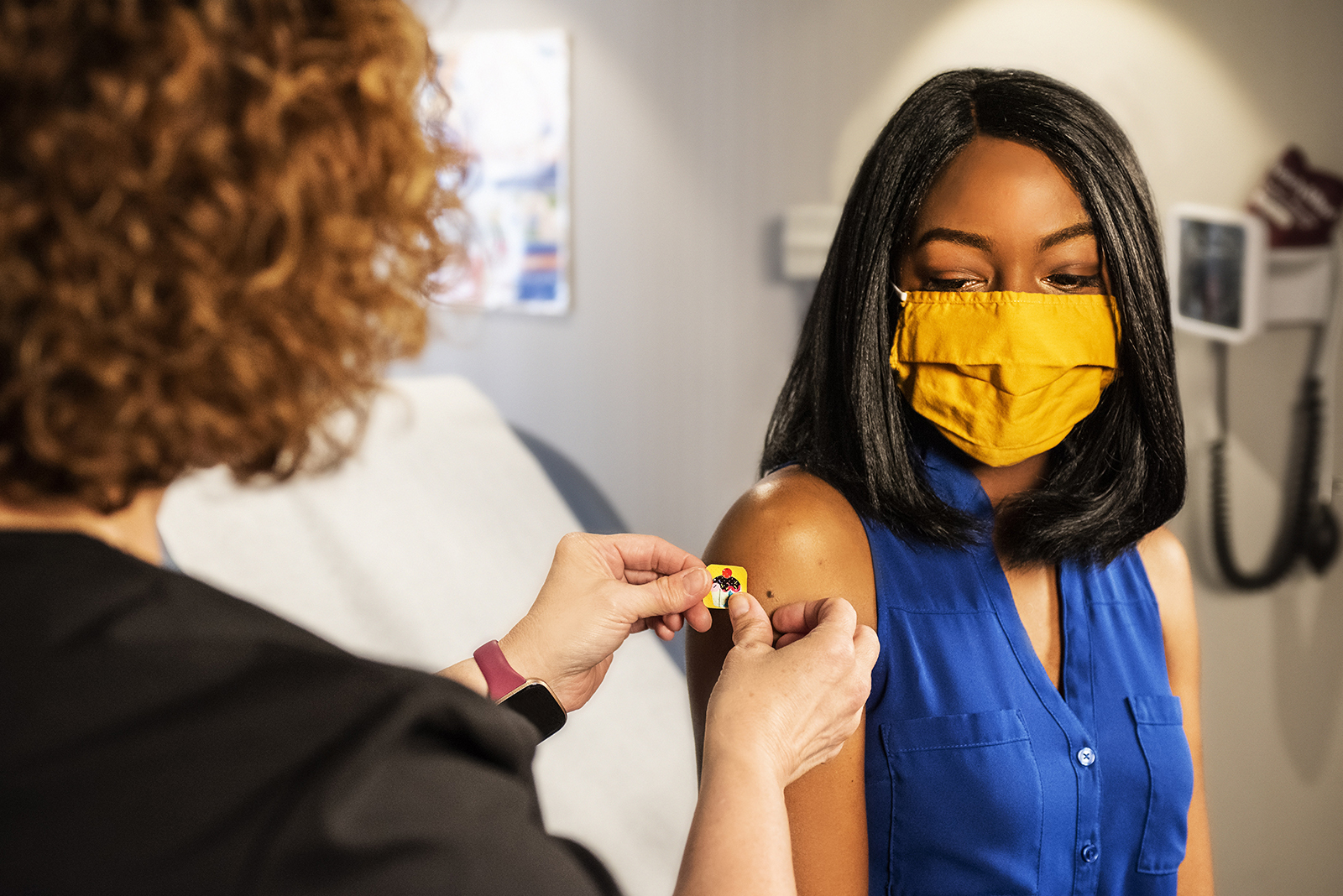 Photo by CDC on Unsplash

Vaccines from major manufacturers like Pfizer, Moderna, and, recently, Johnson & Johnson are now making their way into the arms of eligible Arkansans across the state. However, a major hurdle that prevents the elderly population from receiving vaccines is confusion about how to sign up for a shot, as well as limitations with using current technology.

Oaklawn United Methodist Church in Hot Springs, Arkansas found a simple way to work around that issue by partnering with a local elderly aid organization and using their church building as a vaccine sign-up hub for their community.

“We contacted the Oaklawn Center on Aging and asked them how we could help get people signed up for the vaccines, and we found that they had been swarmed with more than 2,000 applications from people who wanted the vaccine,” said the Rev. Russell Breshears, senior pastor at Oaklawn UMC.

Breshears said they offered to use their Family Life Center at the church, which has gone mostly unused since the pandemic began, to hold vaccine sign-up clinics for the elderly residents who were interested in getting vaccinated.

Breshears said that a group of about eight volunteers from the church set up tables inside their Family Life Center, and assisted people ranging in age from 70 years old to 94 years old with their vaccine appointments.

At the time of their first few clinics, only adults 70 and older were permitted to receive the vaccine, but recently, Arkansas lowered the age requirement to adults 65 and older.

Word of mouth, as well as posting on social media about sign-up times and putting ads in the local newspaper, helped to inform people in the community of when they would be able to come to the church and get signed up.

Breshears said once people arrive at the church, the process for signing them up to get the vaccine is fairly straightforward.

“We have to get a photocopy of the driver’s license and their Medicare card. And we have to help them fill out some paperwork, and then tell them the appointment time and give them a reminder sticker.”

He mentioned that paper copies work much better for older individuals who might not be as familiar with technology.

“What churches can do is help get them signed up because many senior citizens are not familiar with the Internet. So if they have an online portal like a Walgreens or Baptist Hospital, they lack the skills to enter that online portal.” 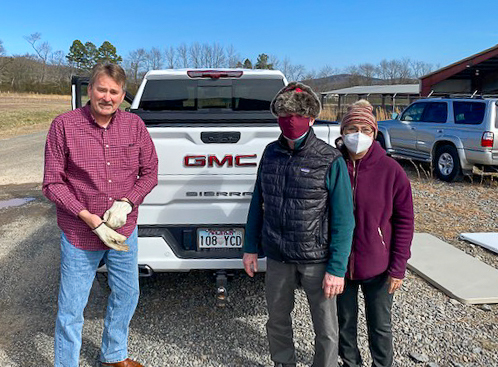 Kathy Packard, Executive Director of the Oaklawn Center on Aging, said Breshears and Oaklawn UMC showed up to help at just the right time.

“God put Russ Breashears in the right place. He called us when he heard we were taking names on a list for a vaccine clinic. We thought maybe 500 people would show up with their consent form to get a place in line for a vaccine. We were wrong! Over 2,000 in two days. We were overwhelmed and I called Russ back and asked for help. Without hesitation, he said of course we will help.”

So far, the vaccine sign-up clinics have been a great success for the Hot Springs community. Packard said that without Oaklawn UMC’s help, many people would have been unable to get signed up to receive a vaccine.

“Together all the organizations involved were able to help over 1,300 people over the age of 70 get a COVID vaccine and bring hope to their lives,” Packard said.

Oaklawn’s participation not only led to signing up people to get vaccinated, but it also led them to assist in a drive-through vaccination clinic that happened in February at the Garland County Fairgrounds.

Breshears said the Arkansas Division of Emergency Management asked Oaklawn, as well as other organizations around the county, to help with an onsite vaccination clinic at the Garland County Fairgrounds rodeo arena. The first one was held on Groundhog Day, Feb. 2, and another one was held on Feb. 23. Breshears said they were able to help more than 1,800 people receive a dose of the vaccine.

Nursing students from National Park College were also part of the group that worked with Oaklawn to assist in vaccinations, said Breshears.

Oaklawn has now been approved to host a vaccination clinic at their Family Life Center, and that clinic will take place from 9 a.m. to 3 p.m. on March 9. Advanced registration is required at the Oaklawn Center for Aging.

Breshears said that Oaklawn UMC has been able to help so many people because of the willingness of its members and volunteers to help get people signed up and vaccinated.

The biggest thing that pastors and churches can do to get involved, Breshears said, is to reach out to their local pharmacies and health clinics and ask them how they can help with vaccine sign-ups.

“Most places are desperate for more volunteers because it’s often only a few people who have the job of signing up thousands of patients for appointments. So reaching out to your local sponsoring agency is the best place to get started.”

For Packard, Oaklawn UMC’s willingness to reach out and help their local community is something that she will remember for a long time.

“Oaklawn Center on Aging will continue to partner with Oaklawn UMC for future programs to enhance the quality of life for older adults,” she said.