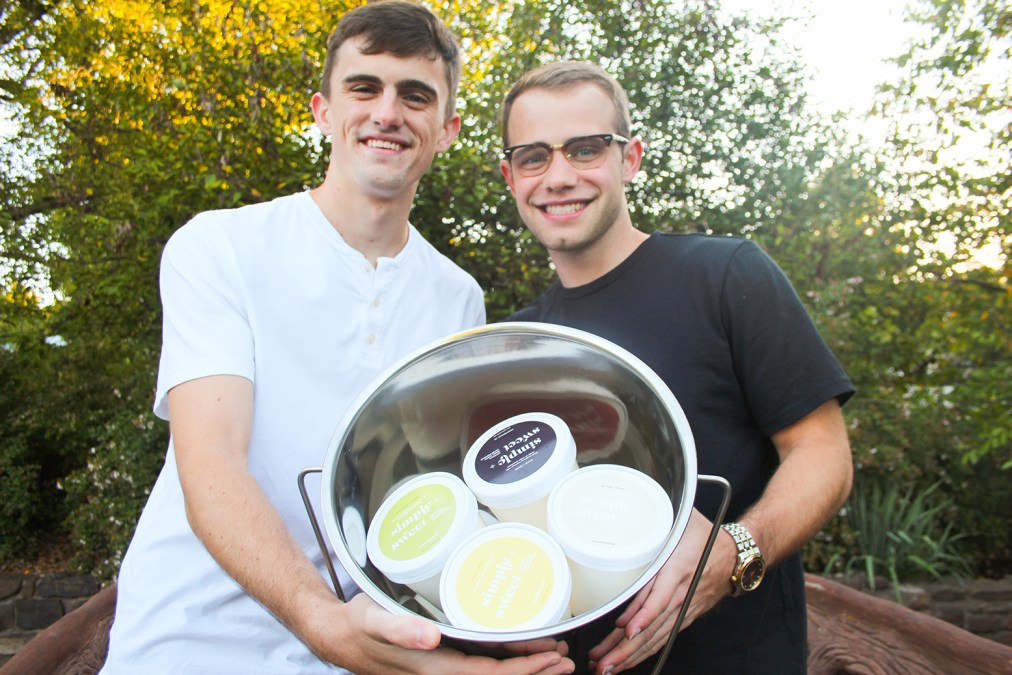 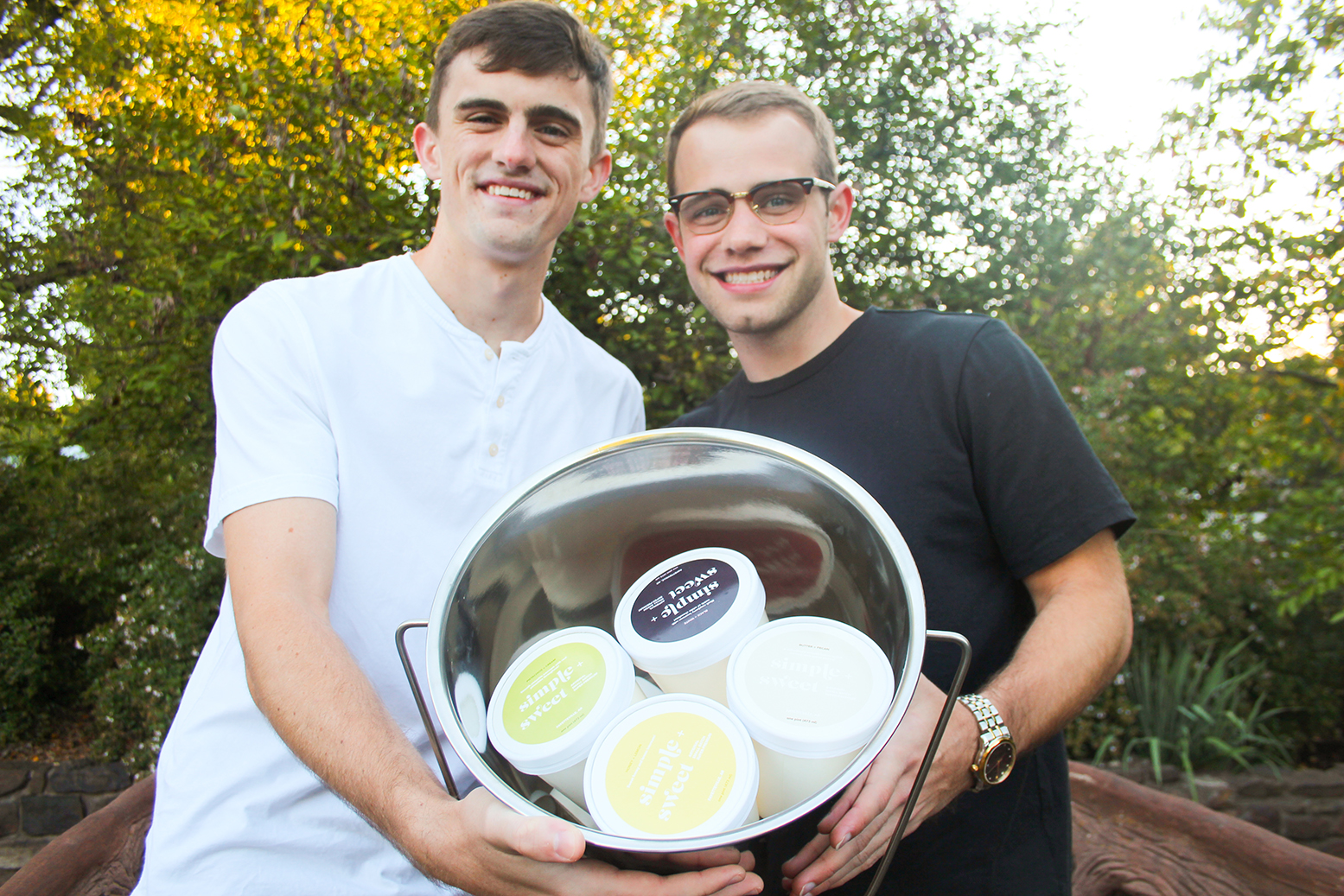 What if an ice cream shop could also serve as a way to feed hungry and food-insecure children in Arkansas? That’s the driving force behind Northwest Arkansas’ newest artisanal ice cream shop, Simple + Sweet Creamery.

In 2019, Coleman Warren, Simple + Sweet’s co-founder, was serving as an AmeriCorps volunteer in Omaha, Nebraska. Warren and his girlfriend, Bailee King, were helping to serve upwards of 600 kids a day at a large food bank in the Omaha area called the Food Bank for the Heartland. Warren’s role was to not only serve the kids food but get them engaged in extracurricular, fun activities as well. It’s an experience that he says totally changed his life.

“I remember very specific instances where I just had this wave of realization about how privileged I am. And how privileged a lot of people that I surround myself with are,” Warren said. “And so when I got back to Arkansas, I was so inspired. I wanted to start a nonprofit. I wanted to contribute somehow to these efforts to feed kids.”

Warren knew he wanted to contribute to feeding hungry children in his home state, but hadn’t yet figured out how to do it. But then he remembered something that he experienced in Omaha that he had never had in his native Northwest Arkansas: really, really good artisanal ice cream.

“Where I’m from, we have some ice cream places, sure, but they are nothing like these places in Omaha. They were different somehow. And I just got the idea to do that in Arkansas,” Warren said.

Ice cream couldn’t be the only reason to start a business, however.

“I thought, ‘what’s the point in starting this ice cream business if it had no purpose?’ And so, I was in one of my statistics class at the University of Arkansas where I go to school, and I had the thought ‘what if the ice cream store was an economic engine for this nonprofit that helps fight food insecurity?’”

Warren, who is a 20-year-old junior studying industrial engineering and political science at the University of Arkansas at Fayetteville, partnered up with his childhood friend Tanner Green, as well as King, and found a way to jump into a brand new food business with a nonprofit mission.

Green is the chief operating officer for Simple + Sweet. King is the creative director and is responsible for building the messaging and imagery associated with the company.

Simple + Sweet currently sells 11 main flavors, with more flavors coming soon. Each flavor is handcrafted using natural ingredients that are locally sourced. Whenever someone buys a pint of ice cream from Simple + Sweet, more than 50% of the price of the pint goes toward fighting hunger in Arkansas. The money is donated to nonprofits in the area, like the Northwest Arkansas Food Bank.

They’ve also used money from pint sales to donate to food pantries run by school districts in the area, like the Farmington School District.

“The role that food and food scarcity plays in a child’s life is enormous, very impactful, and can make all the difference in a healthy childhood,” King said. “Simple + Sweet wants to find a way, a system, that will allow the community around us to buy an amazing product and be able to help someone in need, in return.” 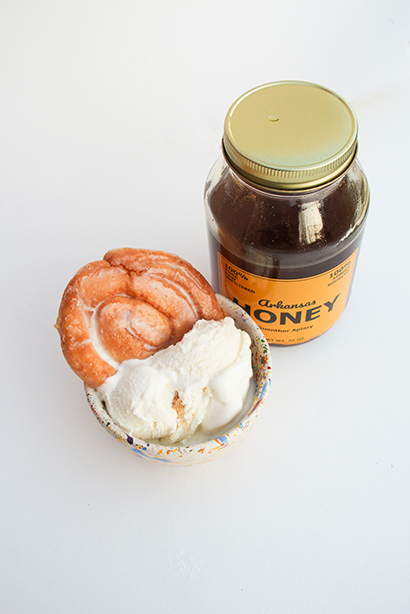 Warren said the team had help from the Arkansas Small Business and Technology Development Center to craft a viable business plan, and managed to snag some ice cream making know-how from an ice cream shop in Mammoth Springs called The Spring Dipper.

“The owner of the shop, Neil McWilliams, taught us how to make just, I mean, just amazing ice cream. I don’t know how else to say it, you just have to try it. It is just so good,” Warren said.

After crafting a few flavors, Warren sampled the ice cream out to probably the best testing group you could get for ice cream: college students. But just when they were getting started with testing and feedback, COVID hit in March 2020.

Not deterred by the shutdown, Warren and his team decided to take a chance and sell the ice cream they had made with The Spring Dipper online to see what would happen. Within 24 hours of putting it up on the internet, they sold out.

“After that, I was like, ‘Okay, how do we keep this going?’ I remember in July, I thought that we just weren’t going to do it. I was like, OK, this just isn’t happening, we don’t have the equipment to do it,’” Warren said. “And I was talking on the phone with Neil at Spring Dipper about finding equipment and how expensive it was, and right when I got off the phone, I saw an ice cream machine listed on eBay for an amazing deal, and I bought it right then. It’s one of those things that has to be a God thing. It just felt like a sign.”

Warren’s connection to the church is also a big motivation for Simple + Sweet’s mission to continue in Arkansas.

“My family has been attending the Farmington United Methodist Church for as long as I can remember,” Warren said. “I got the chance to start playing drums for worship when I was only 7 years old, and then in 2020, I got the opportunity to lead the worship team at Farmington.

“It’s such an amazing congregation there, and they really show that they care about you and want to see you grow as an individual.” 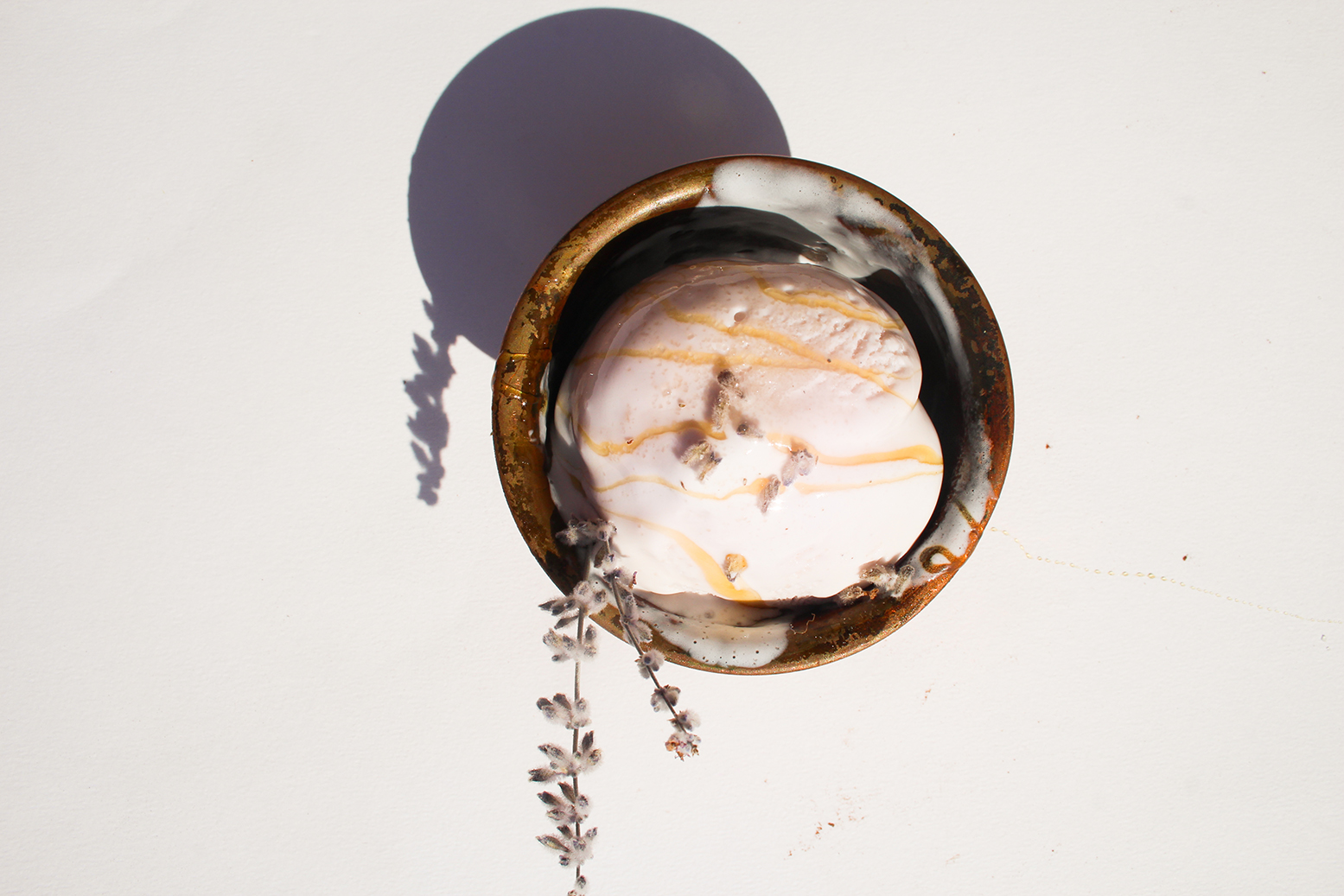 The Rev. Charles “Dee” Harper is the senior pastor at Farmington UMC and said that he has really loved getting to know not only Coleman but Bailee as well.

“Coleman is someone who I am blessed to work with. He is mature beyond his age, spiritually growing, caring of others, and he has a drive and energy that I admire greatly,” Harper said. “We are so blessed as a church to have these two young people in our congregation. I am excited about how God will use both of them in the future.”

Warren said that if it wasn’t for the influence of his church and the leaders in it who shaped his worldview, Simple + Sweet might never have happened.

Harper said that he thinks the future for Simple + Sweet is bright, and the work they are doing is vital to the life of the church.

“I believe not only our future but our present will be shaped by businesses, nonprofits, and churches who champion interactive and new ways of building relationships and support in their communities. I think Simple + Sweet has the potential to be one of those types of organizations. They make a delicious product, are building a supportive online community around it, and they are working to help fight hunger,” Harper said.

Warren and his team are currently working on new seasonal flavors, as well as a low sugar option and a dairy-free option. One of their upcoming flavors for Valentine’s Day is a chocolate-covered strawberry ice cream.

For more information on Simple + Sweet, and to try some of their artisanal ice creams, visit https://simple-sweet.com/. You can also find them on Facebook and Instagram at @simplesweetcreamery.