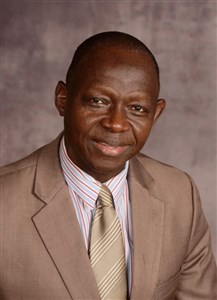 Bishop John Yambasu, the late resident bishop of the Sierra Leone Annual Conference, will be laid to rest on September 6 after a series of services that will celebrate his life.

Bishop Yambasu died in a road accident on August 16 on his way to attend a funeral of one of the pastors in the conference.

According to the program released by Rev. Prof. Edwin Momoh, secretary of the Sierra Leone Annual Conference, the celebration of Bishop Yambasu’s life will begin on August 24, the day he would have turned 64. The birthday service will be at the Bishop’s Court.

On August 30, all churches in the Sierra Leone Conference have been asked to conduct services of remembrance. From August 31 through September 3, there will be services at four different churches with eulogies from selected mourners.

A special official laying out ceremony will be held on September 4 at the Miatta Conference Hall in Freetown to honor Bishop Yambasu’s ministry and ecumenical work including his spearheading of the fight against Ebola and coronavirus.

On the eve of the funeral, members of Bishop Yambasu’s Cabinet will lead an evening vigil at King Memorial United Methodist Church, where the funeral will be held.

Among the speakers at the funeral will be Bishop Benjamin Boni of Côte d’Ivoire, who will bring greetings as president of the West Africa Central Conference College of Bishops. The Council of Bishops will designate a person to preach during the service. Because of the restrictions due to COVID-19, travel to the region is very difficult. The service will be livestreamed. A link will be provided later.

Bishop Yambasu was elected a bishop of The United Methodist Church in 2008 and installed in 2009. He served the Sierra Leone Area until his death. He was also the newly elected Chancellor of Africa University.

Yambasu was instrumental in bringing together a diverse group of representatives from United Methodist advocacy groups with contrasting views, and bishops from around the world, to collaborate on a proposed agreement for the separation of The United Methodist Church.

The agreement, the Protocol of Reconciliation & Grace Through Separation, was achieved on December 17, 2019, and announced early this year. It will be considered at the next General Conference of the church, set for 2021.

Bishop Yambasu is survived by his wife, Millicent, and their five children — Rebecca, Adima, John, Emmanuel and Elizabeth.