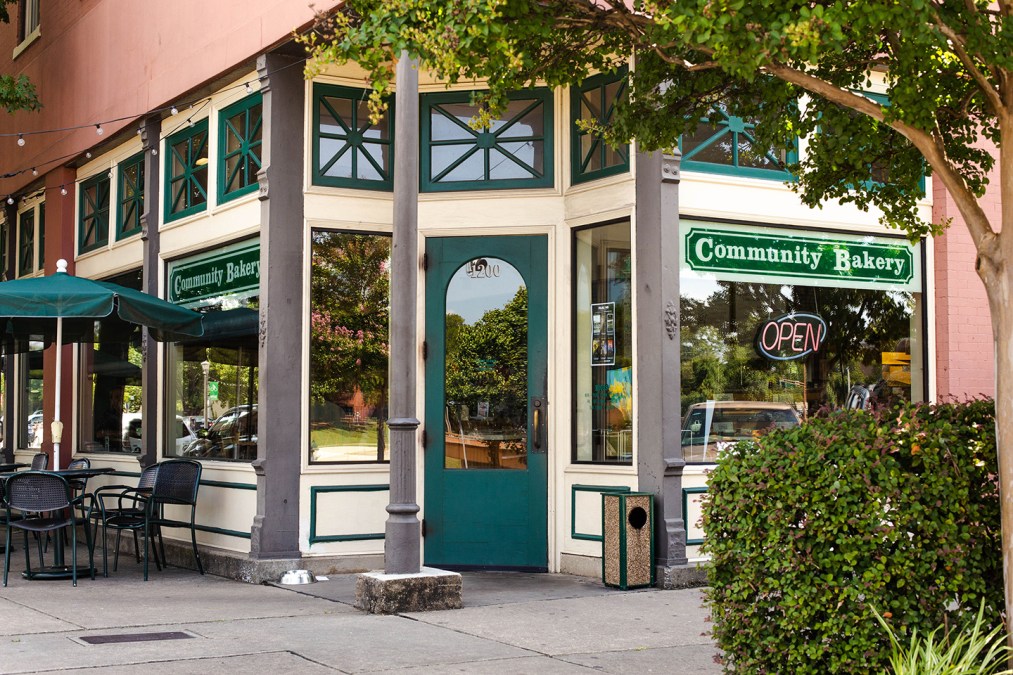 In 2018, things were going pretty well for John and Juli Brandenberger. Both of them had comfy, good-paying jobs, — John at Dillard’s Corporate Office and Juli a CPA with her own accounting firm — stable day-to-day work schedules, and plenty of reasons to continue their life journey in the direction it was currently going.

By most people’s accounts, things were going amazingly well for the Brandenbergers. But, according to John and Juli, they felt like missing something truly important was missing from their lives.

John had spent more than 20 years in the corporate retail business and was beginning to feel the effects of the many years he put into his job. Juli, although comfortable in her own job, was also starting to feel drained from her demanding job.

Something was missing, although they hadn’t quite defined what that missing piece was. Not yet, at least.

“I was forming a singles group and a friend of mine recommended I include her new boss at Dillard’s. John had just transferred from the Columbia, Missouri store. We became fast friends and it quickly grew to more,” Juli said.

That was in 2003. One year later, the pair were married at First United Methodist Church Little Rock and began making a life for themselves as newlyweds in Little Rock.

Speaking with the Brandenbergers, it’s easy to see how the pair became more than friends.

John is a tall, slender man with a shaved head and long beard that would make any lumberjack jealous. Juli is also tall but a bit shorter than John, with cropped, shoulder-length hair and eyes that exude warmth and kindness, and give you the impression that you’re old friends, even if you’ve just met.

The respect the two have for each other is evident in how they answer questions about their business and personal life.

John, when answering questions about the daily operation of the business, always make a point to compliment Juli and bring it back to her as the person who’s the true brains behind the business.

“Juli is really the one in charge here. She’s the one that makes everything really work here,” John said.

Juli, perhaps a little embarrassed at her husband’s outpouring of compliments toward her in front of a stranger, gives a slight smile every time John brings it back to her.

This dynamic manifests itself in their work as the new owners of Community Bakery in Little Rock. While Juli handles the money and behind-the-scenes operations at Community, John is the face of the business, typically seen helping out customers at the bakery counter and chatting with patrons of the store.

The differences between the two seem to create a perfect working relationship. Although, working together, especially in the setting of a bakery, was never something that crossed their minds. Until they connected with longtime Community Bakery owner Joe Fox.

Although Community Bakery has changed locations many times over the years, it’s been a staple of Central Arkansas since 1947. That was the year Ralph Hinson opened up the first Community Bakery in the Rose City neighborhood of North Little Rock.

In 1952, Hinson moved Community Bakery to 14th and Main Street, in the building that now houses Raduno Brick Oven & Barroom.

Fast forward a few decades and a few owners, and the building was sold to Joe Fox in 1983. A new location in West Little Rock came along in 1986, and then the Main Street location moved down a couple of blocks to its current location in the historic Cohn Building at 12th and Main in 1993.

This was long before SoMa was the trendy, millennial-filled neighborhood that it is now. Only a few of the businesses from the old days of South Main still exist today; one of them is Midtown Billiards, which moved next door to the first Community Bakery location on Main in the 1970s.

John said that when Fox bought Community Bakery, he really had a vision of transforming the business into a true community meeting place with delicious fresh baked goods and piping hot coffee.

“I like to tell people we were SoMa long before it was SoMa,” John said.

Indeed, South Main only recently transformed into the busy tourist destination that exists there today. Looking at pictures from a few decades ago, where there were more closed businesses and empty buildings than open ones, the neighborhood is almost unrecognizable.

Juli remembers a time when South Main struggled. Her family moved to downtown Little Rock in the 1970s when she was just a girl, but she remembers that despite the struggles of that time, Community Bakery was always there.

“I grew up going to Community Bakery. We would ride our bikes down here all the time. It was an impoverished part of town but that didn’t mean it was unsafe. You know, every neighborhood goes through ups and downs and it was in a rough place during that time.”

Over the years, the neighborhood would change dramatically, but Community Bakery remained a cornerstone — literally at the corner of South Main — of the revitalized neighborhood.

When Fox announced that he was handing over ownership of Community Bakery to someone else, many wondered if the bakery would remain the same or change with the introduction of a different leader. 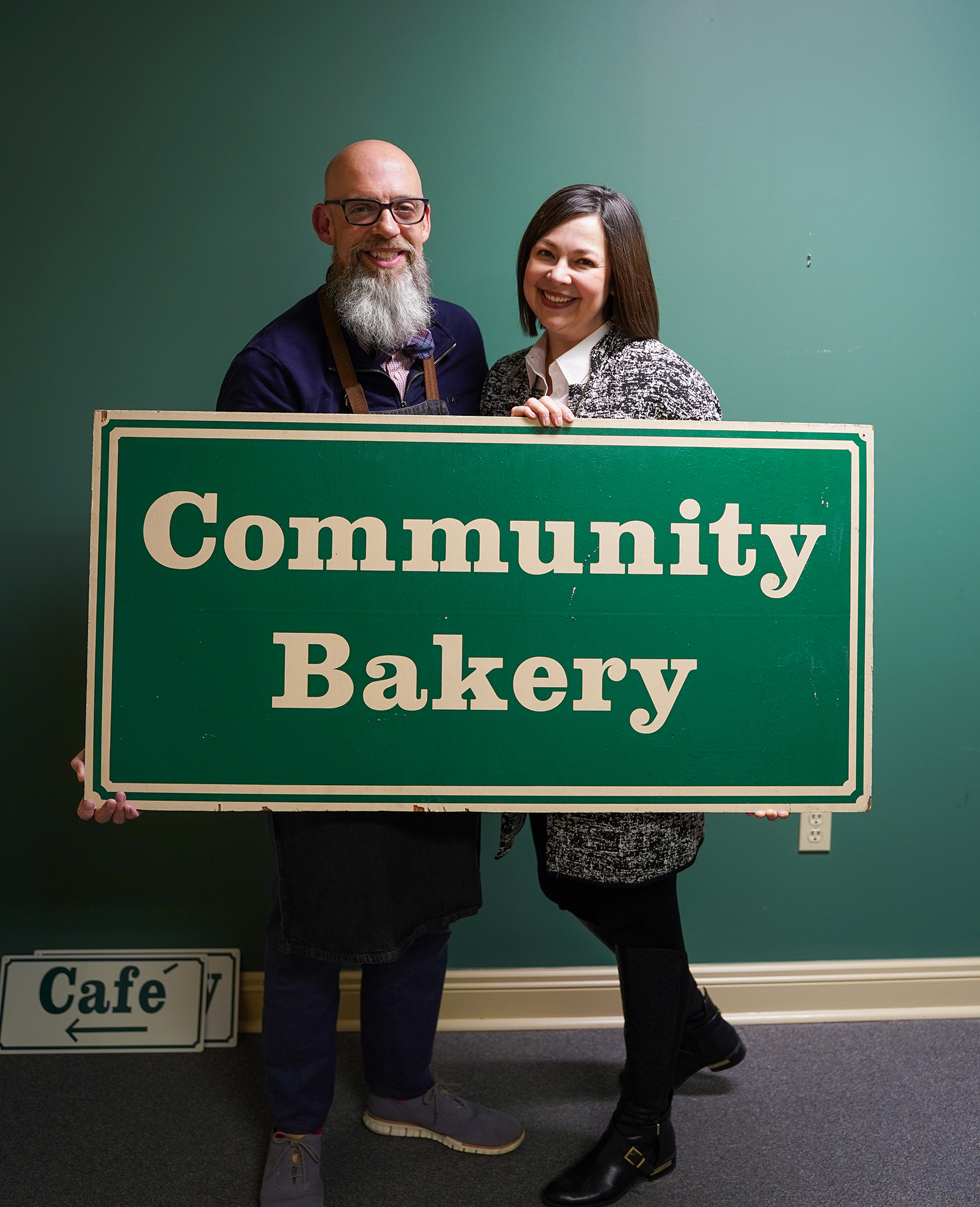 John and Juli Brandenberger, the new owners of Community Bakery Cafe in the South Main neighborhood of Little Rock. || Photo by Caleb Hennington 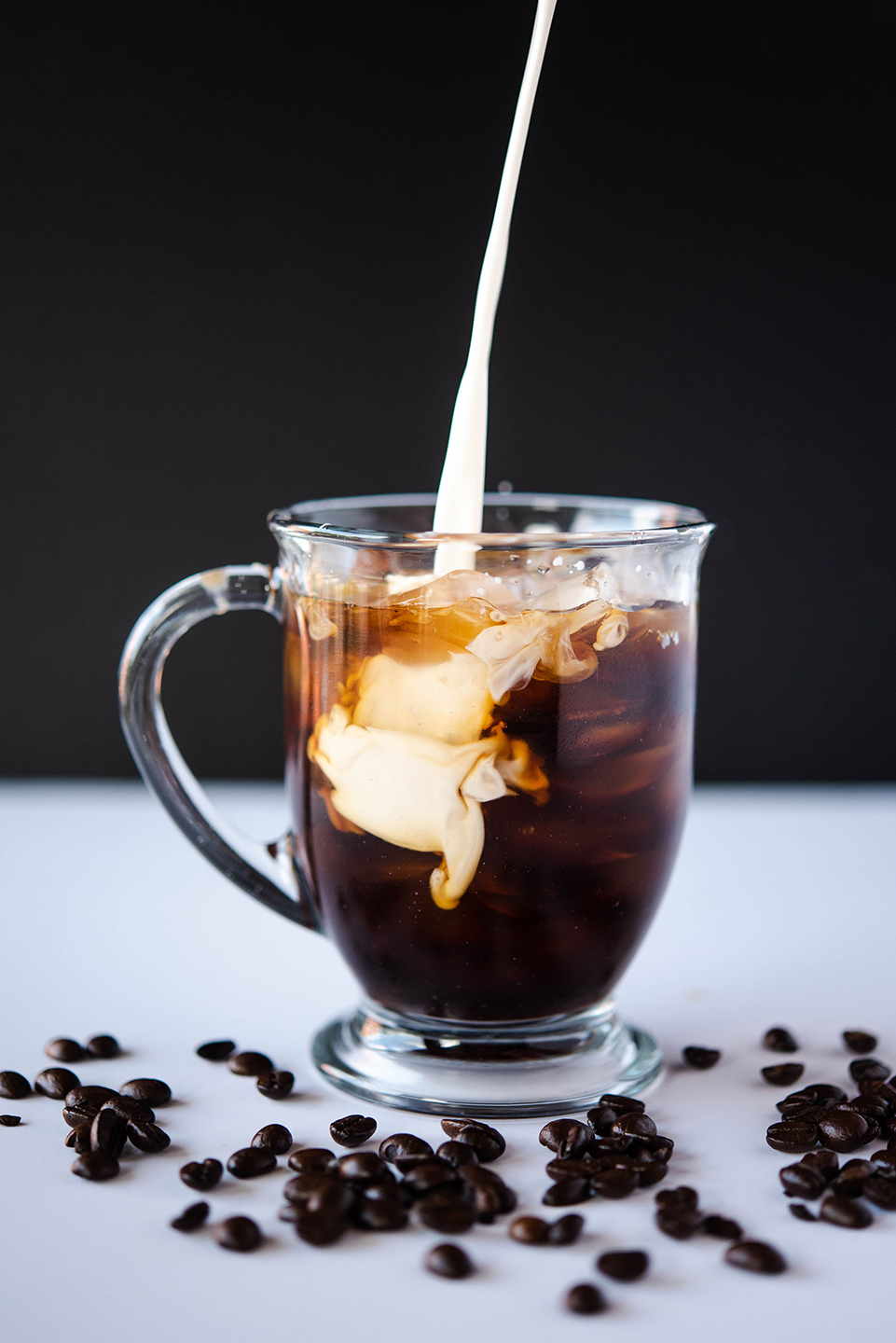 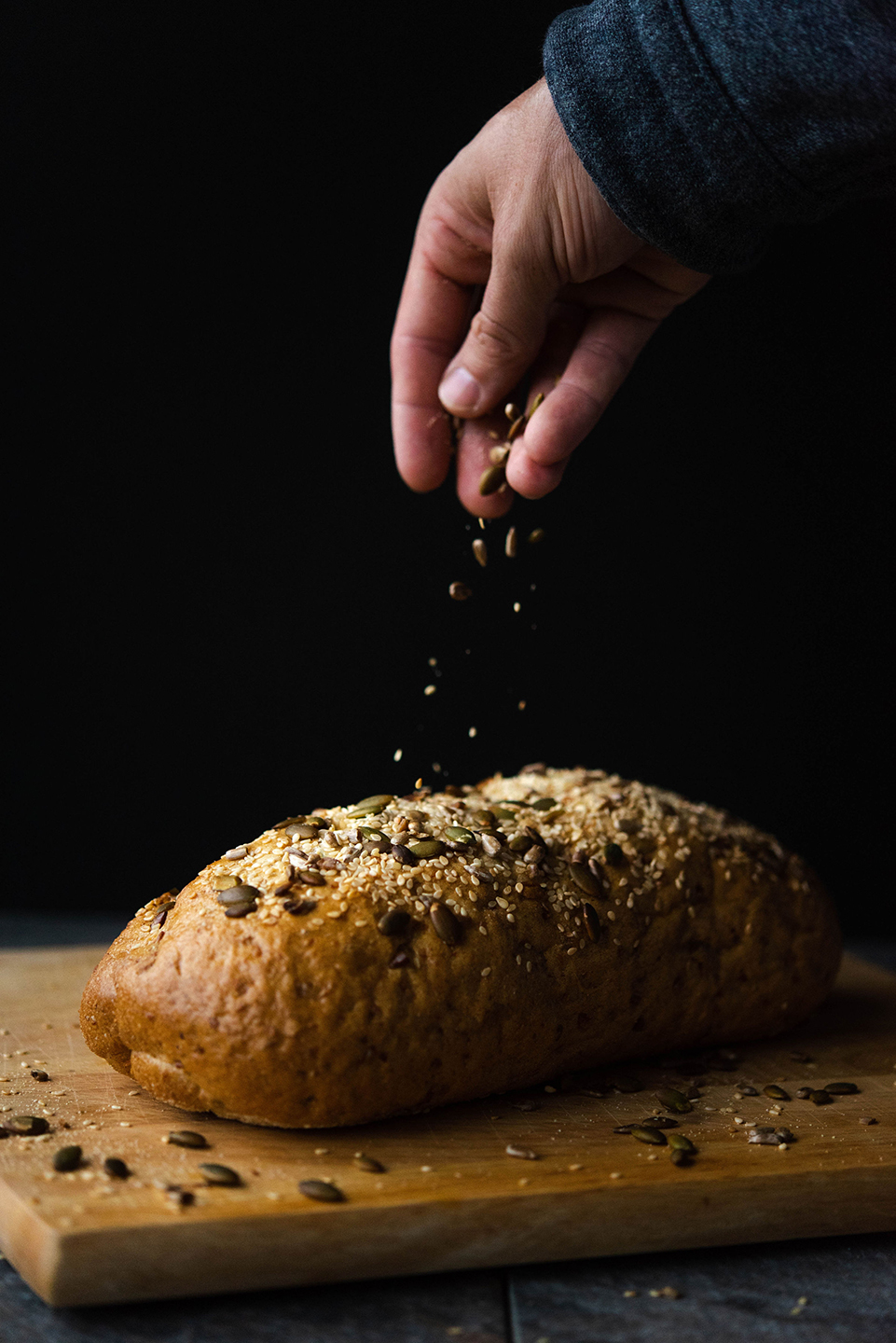 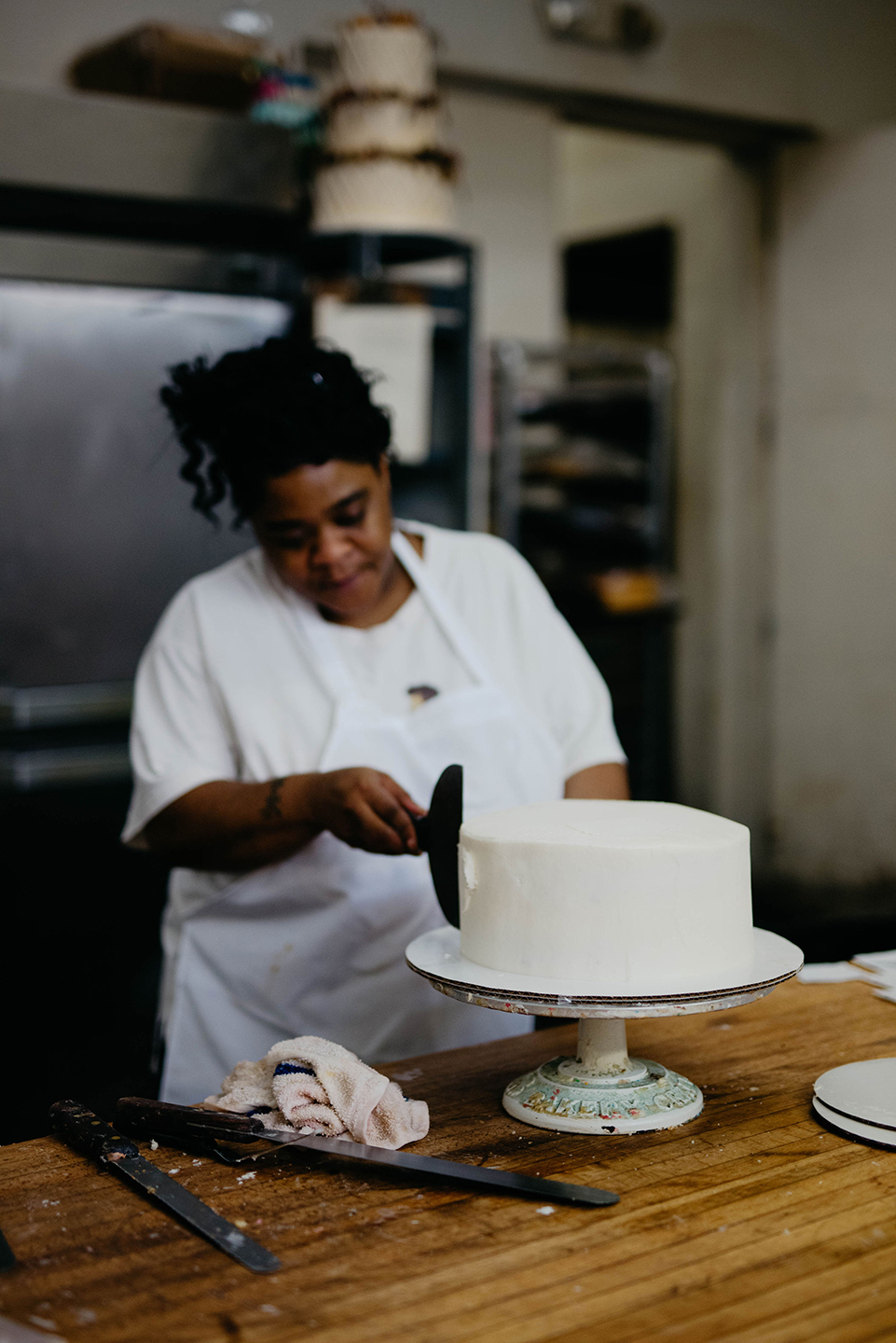 Community Bakery Cafe specializes in baked goods of all kinds, including beautiful custom cakes. Nearly every item sold by the bakery is handmade in the kitchen located in the building behind the front counter. || Photo by Allie Atkisson Imaging, @allieatkissonimaging

When the Brandenbergers took over ownership of Community Bakery in 2018, they made sure that the recipes and the legacy that made Community Bakery so important to Little Rock remained the same.

“When we came in, people asked us over and over again if we were going to change any of the recipes. We made a point to not change anything that made Community Bakery so successful in the past. It was really important to them, and to us, that we didn’t touch those recipes because they’re so magical,” John said.

Before taking over as owner of Community Bakery, John spent a few weeks working in the bakery with Fox — for free, taking vacation time from his job at Dillard’s — and seeing how the business operated. John said that when he first started having discussions with Fox about wanting to buy a franchise or a small business in town, Community Bakery really wasn’t for sale. But after working in the bakery, the conversation morphed into the idea of the Brandenbergers buying the bakery from Fox.

Though the recipes remain the same, the Brandenbergers have tried to put an extra emphasis on the “community” aspect of Community Bakery.

One of the newest initiatives they’ve started is Coffee for the Community, by the Community, a partnership between Community Bakery and several local coffee roasters in Little Rock, including Leiva’s Coffee, Guillermo’s Gourmet Coffee, Standard Roasting Co., and Blue Sail Coffee.

The partnership brings in locally roasted coffee to the bakery to go alongside their usual selection of roasts, including a Community Bakery customer favorite, Folgers.

Other local businesses they’ve worked with include Flywheel Pies, Rebel Kettle Brewing Co., and Rock Town Distillery. Their freshly-baked breads are also used in many of the restaurants around Little Rock.

“When you’re biting into a burger at your favorite restaurant, there’s a chance that you’re eating Community Bakery bread. And a lot of people don’t know that,” Juli said.

The Brandenbergers have been able to draw on their faith as United Methodists when thinking about ways to give back to their community.

John and Juli attend First United Methodist Church in Little Rock and find a lot of inspiration in the messages that the Rev. David Freeman brings on Sunday mornings.

“David talks a lot about living a fulfilled life at First Church. We both came to the realization that we weren’t living fully fulfilled lives in our jobs and we wanted to do more. And we got to a point that we realized giving back to others was just as important as paying our own bills,” Juli said.

Their faith also manifests itself in the Brandenbergers commitment to social justice and ensuring that their employees are well-taken care of and secure.

They’ve worked to raise wages and provide better benefits for their employees. Juli noted that Community Bakery has a long history of employing people in the community who have a hard time getting jobs anywhere else, such as those with past criminal records.

“We tell people that the choices you made in your past don’t define you unless you continue to make those choices,” John said.

“That’s another part of collaborating with the community. We don’t necessarily call that our mission because that’s such an important word, but that’s another way we’ve been able to serve the community in Little Rock,” Juli added.

In other ways, the Brandenbergers agree that even though the time-commitment to their new job sometimes prevents them from being able to attend church on Sundays, the family and friends they’ve made at First Church, as well as the clergy, always make a point to encourage them whenever they see them.

“A lot of the transformation that’s happened in us has happened because of studies and small groups that we’ve been a part of with First United Methodist Church. That has shaped who we’ve become. And we feel enormous support from the people there,” Juli said. “And I don’t mean just ordering cookies from us; I mean emotional support.”

“We’ve had nothing but great experiences with First Church and plan to continue being a part of that church,” John said.