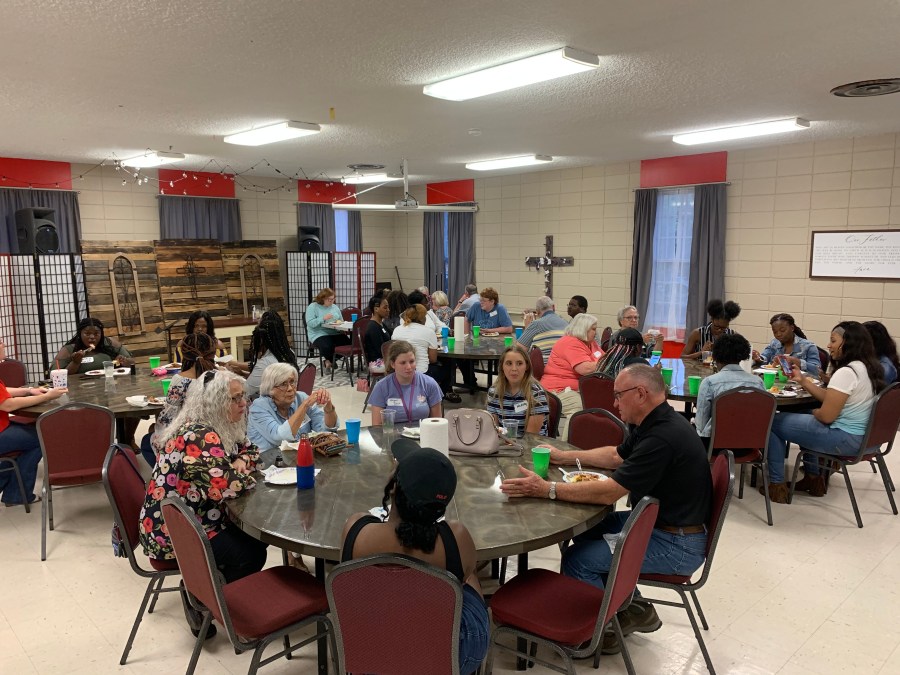 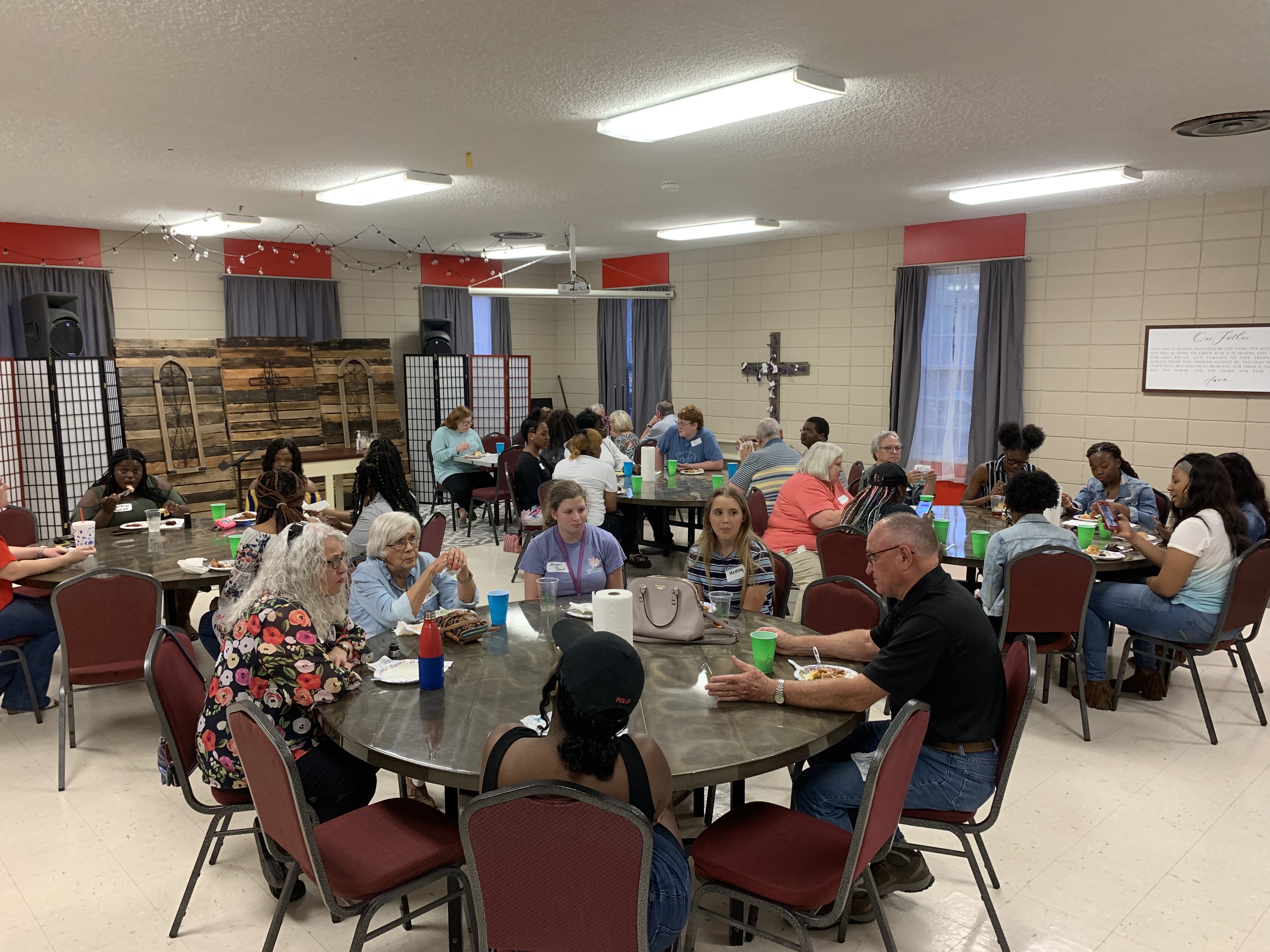 College students gather for fellowship with a local United Methodist Church in Magnolia. The program pairs college students at SAU with adults in the area who can keep up with the students while they attend school and assist them with basic needs like meals and transportation. || Photo provided by Dan Read

In 2017, in a span of about two weeks, two students at Southern Arkansas University in Magnolia committed suicide on campus. In response to the tragedy, Dan Read, the pastor at Greers Chapel United Methodist Church, began a program to pair college students with local families.

“I know what it is like to move far from home and not know anyone in your new environment,” Read said. “So we sent out a school-wide email to all students to let them know about this program and while they are here at Magnolia, we had mentors that would be here for them too.”

He said he quickly realized it was more than what his small church could handle. He said in the first year, there were 20 students wanting to take part, but he only had 12 sponsor families. Other churches have joined the program, including Emerson United Methodist and Magnolia First United Methodist.

“Having someone to turn to, outside the college, and knows the area, especially in the case of international students, and knows the culture here in south Arkansas, has been extremely beneficial,” Read said. “I know that some of my host families have done everything from taking students out to eat, letting them do laundry at their house and helping them with transportation to and from school.”

He said the main goal of the program is to build relationships between sponsor families and the students. He said most communicate about once a month in person or through emails and phone calls.

“I know that I was unique and when I went to churches, I looked and asked for a mentor,” Read said. “Students don’t really go to churches and ask for help. I thought we could offer that kind of help to them.

“That email that was sent out to every student, it was crucial. I am excited to see it continue to grow over the years.”

David Spradlin, who is on the board of the Wesley Foundation at SAU, was initially hesitant in adopting a college student. “I told (Dan), I had so much going on, that he needed to leave me out of this program,” Spradlin said.

However, when the need for foster families was not being met, Spradlin said he reluctantly joined and adopted two students last year. He enjoyed it so much, he took on six this year.

“We try to meet with them once every two to three weeks,” Spradlin said. “My wife and I contact them at least once during that time – they all have our number.

“It works pretty well. We tend to do it around meals, usually by going to a meal with them. They are all on board, which is kind of what we hoped for. Most of the students don’t live here, so it is a chance to go eat a meal and visit with someone, that isn’t a teacher or another student.

“Sometimes, we will have them over at the house and I will grill steaks or some kind of meal for them.”

Read said he appreciates how members of his congregation are involved and invested in the lives of people who are different by generation and by race. “That has been neat to see, the racial diversity, so cross-race boundaries are being broken too,” Read said.

Read said the neat thing about it is how other schools and towns have become interested in the project as well. He said it is a program that could be picked up across the state, connecting churches with college students.

“We are supposed to help them with their challenges,” Spradlin said. “I’m not rich, but I’m fairly well off. I’m well enough to take six college students out for lunch every couple of weeks.

“We deal with challenges, but as college students, the crises they have are bigger.” He said if his car breaks down, he has to take it to the shop and have it repaired, but if a student’s car breaks down, “that might be the end of the world for them.”

“Whatever the challenges are, we will try to do what we can to help,” Spradlin said. “I think they are looking for someone they can trust and feel comfortable with and not looking to use them in some way.

Read said it has been a little hard to get people to buy into the program.

“It is not a huge investment, to spend a lunch with a student, it can make all the difference for that student,” he said.

“I think it is doing what it should be doing,” Spradlin said. “I think it does some good, I really do.

“I have six students and one of them really needs help or assistance and that’s the one you worry about. I worry about the one falling through the crack because you don’t want to lose anyone. Out of the eight that we have dealt with, probably two of them really needed a friend and those are the two that I am here for.”