A Little Corny, A Lot of Fun 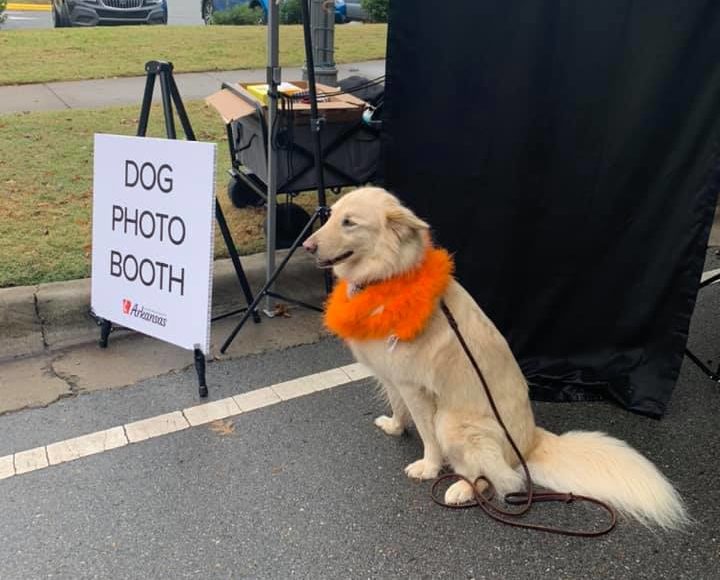 Last month, The Arkansas Conference had a booth at the 6th annual Arkansas Cornbread Festival, a celebration of all things corny, that took place on Oct. 26 in the South Main neighborhood, one of the funkiest and fasting growing neighborhoods in Little Rock.

A few months prior, during one of our Center for Communication meetings, we were discussing ways to reach out to our community and let them know that the United Methodist Church is still alive and active in the state.

Because let’s face it, the only people that know about the Arkansas Conference are the people that work there, our clergy, and our lay leaders (some of our own Methodist members don’t even know we exist!)

I suggested we look at the annual Cornbread Festival for a few reasons: it’s one of the most popular festivals in Little Rock, it’s fun and unique, and it’s right down the road from our office at Philander Smith College.

We decided to give away some swag (stickers, buttons and magnets featuring the newly redesigned Conference logo) and pass out information on United Methodist churches in the surrounding area.

But we still had one big question that we didn’t yet know how to answer: how would we get people to actually come to our tent and talk to us?

To be honest, most people aren’t coming to the festival to talk to religious folks, much less find a home church in their neighborhood.

That’s when the idea for a dog photo booth came up; what if we had another reason for people to visit us? Something that could potentially lead to questions about church and faith?

Or not! We weren’t really concerned with “evangelizing” to folks who were there trying to hang out with their family and eat some authentic Arkansas cornbread.

And I’m proud to say that our photo booth was a big success! We had so many happy pet owners stop by that it was hard to keep up with at times!

Even though we only spoke to a few people about churches, we came away from that weekend knowing we had accomplished our goals.

We were visible in the community. We brought people joy through our dog photo booth. We gave away some conference swag. We had fun.

It’s not always about reaching as many people as you can with the message of Christ. You can’t approach everyone with that mindset; that your only job is to preach the gospel. You have to establish a relationship first. You have to be approachable.

True connections, real relationships often lead to deeper discussions. I think we need to start with that before catching someone off guard with faith talks.

We’re not done with festivals, either. We’ll be hitting up a few more in the spring.

So come by and see us if you live in the Little Rock area! Our experiment might work so well that we branch out to other areas of the conference.

In the meantime, we’re just happy knowing that we were able to spread a little extra joy in the world.