Vacation Bible School Kicks Off Across the Conference 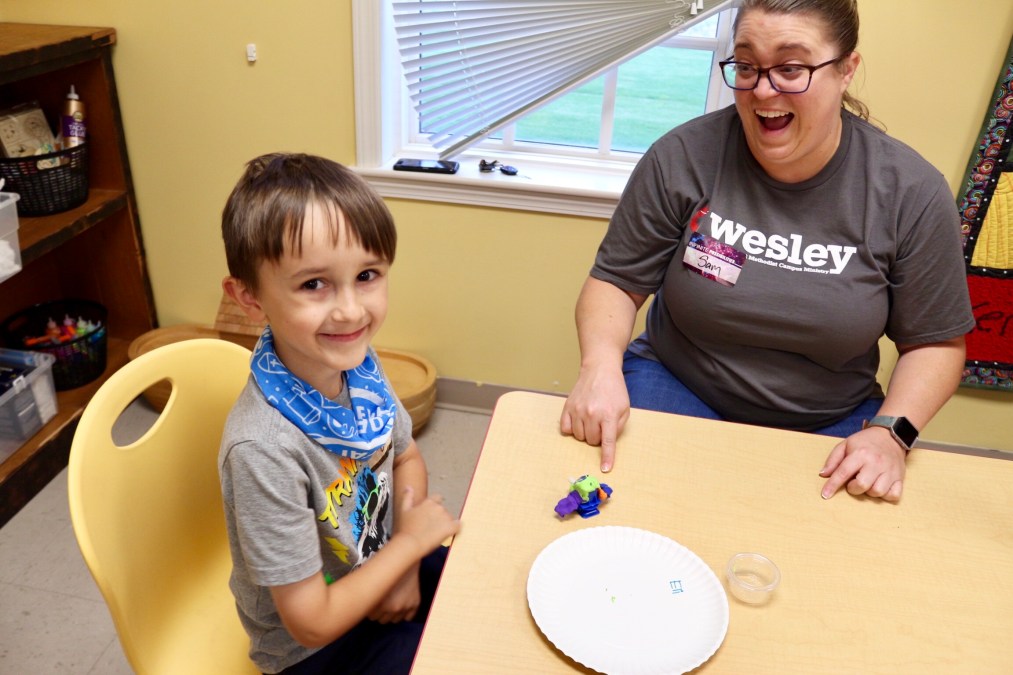 Vacation Bible School season is in full swing, and United Methodist Church’s across Arkansas are hosting fun-filled weeks of games, crafts, songs, and learning about the love of Christ.

This year, many churches chose the Roar VBS program, which is described as an “epic African adventure engages the whole herd. At Roar, kids explore God’s goodness and celebrate a ferocious faith that powers them through this wild life.”

Many other churches chose to do the Cokesbury VBS, whose theme this year is “To Mars and Beyond.” This theme will help kids explore the wonders of God’s universe. According to Cokesbury, “They’ll become Voyagers on a journey through space, exploring where God’s power can take them.”

“This year was Argenta’s second Vacation Bible School! We hosted a family style VBS where parents attend WITH their kids. We explored scriptures that describe God as a Mother Hen and the Good Shepherd,” said Jessie Teegarden, Children’s Ministry Coordinator at Argenta UMC in North Little Rock. “This year we partnered with Heifer Project to raise money for flocks of chicks and sheep. Argenta Kids gave $153 in offering to buy two flocks of chicks and one sheep for families in need.”

“Arkansas Children’s Ministers and Volunteers have been hosting VBS across the state since the week after Annual Conference and will continue through the end of July! You will notice themes such as outer space, video games, Africa and Biblical times” Shunk said. “No matter the VBS theme kids were shown and taught the love of God!”

Check out the photos below of Vacation Bible Schools around the Conference.