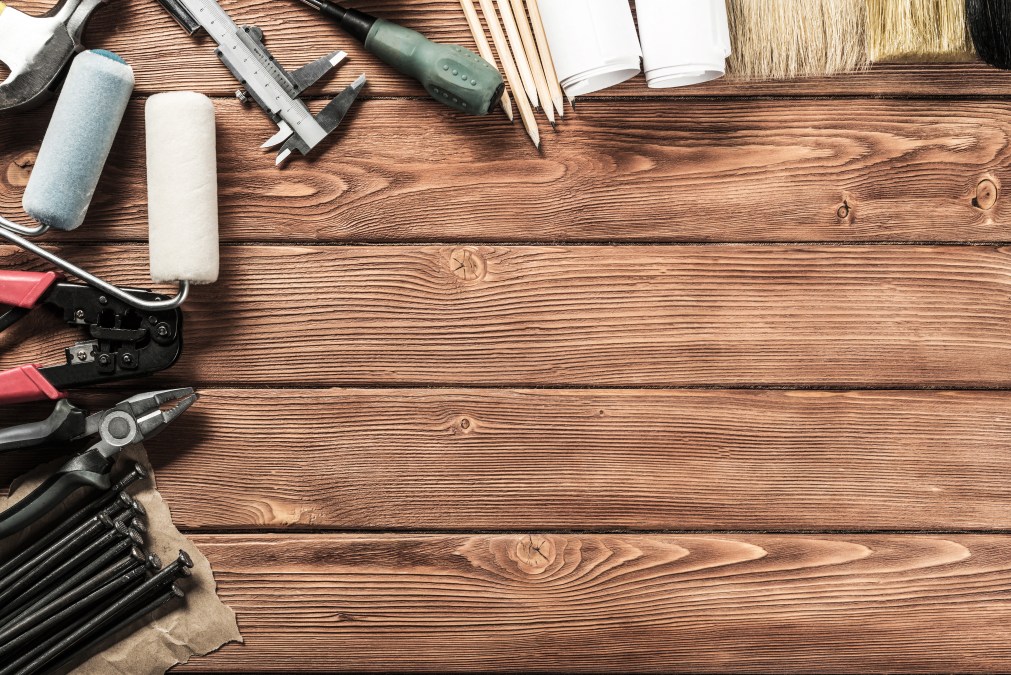 Paul told his disciples to sew the seed and let God take it from there. That’s the drive behind Russ Terwilliger and Bud Leach’s Adona and Wye Mountain United Methodist Parish Home Repair Mission.

Leach and Terwilliger assist the community by building wheelchair ramps and laying down hardwood floors in trailers.

“We don’t do it for any kind of specific gain or purpose in that sense, other than to show His love and give some indication that God has not forgotten about them,” Terwilliger said. “We want to them to know that there is someone out there who really cares about you.

“Coming to church is not necessarily the only response to our mission. A lot of people who live in the places we have to help are pretty self-sufficient and alone, and I think sometimes they like the idea of being alone.”

Terwilliger said he doesn’t think he is called to bring people to church but instead is called to express God’s love and leave it at that.

“I feel called to do this,” Leach said. “I told my pastor, I feel kind of guilty because I get something out of it also. I don’t know if I’m doing it for the right reasons, because I love the carpentry work – so I guess we all win.

“I love to help people. The people we work for really need it and can’t afford it. We’ve got two small churches involved in this, and they finance us pretty well if a person can’t do it themselves.”

Leach said they never charge for labor or anything like that, “We just go out and have fun doing it; that’s what we do.”

Terwilliger said while they are filling a practical need, they are also serving a spiritual need.

“We are meeting with people, praying with them and talking to them,” Terwilliger said. “For most people, they are in a place where family or their church have not been helping them, and they are in a place they need to know somebody cares about them.

“Seeing them respond to somebody helping them is really touching. In essence, we are encouraged, and I think this happens in this situation a lot; our hearts are encouraged a lot more because it is just a great experience.”

Richard Gifford, the pastor at both Adona and Wye UMC, said there are four pragmatic ingredients to its fruitfulness and they are grounded in prayerful guidance of the Scriptures and the Holy Spirit.

“First, the churches in the Horizons Parish are increasingly growing into an identity and culture of class-meeting-based mission stations,” Gifford said. “Our campuses are not destinations for the community. They are launching points for watching over one another in love beyond the parking lot. They are catapults for the mission to our neighbors.”

Second, Gifford said he is increasingly focused on meeting the real needs of real people who live in their mission field.

Third, Gifford said the women, the men and the students who are making the Horizons Parish home are increasingly embracing the Christ-like virtues of generosity, loving and serving.

“We are blessed with a community of women, men, and students, like Russ, who aren’t afraid to get sweaty and dirty,” Gifford said. “Because people are willing to invest themselves in our mission, our staffing expenses are low.” 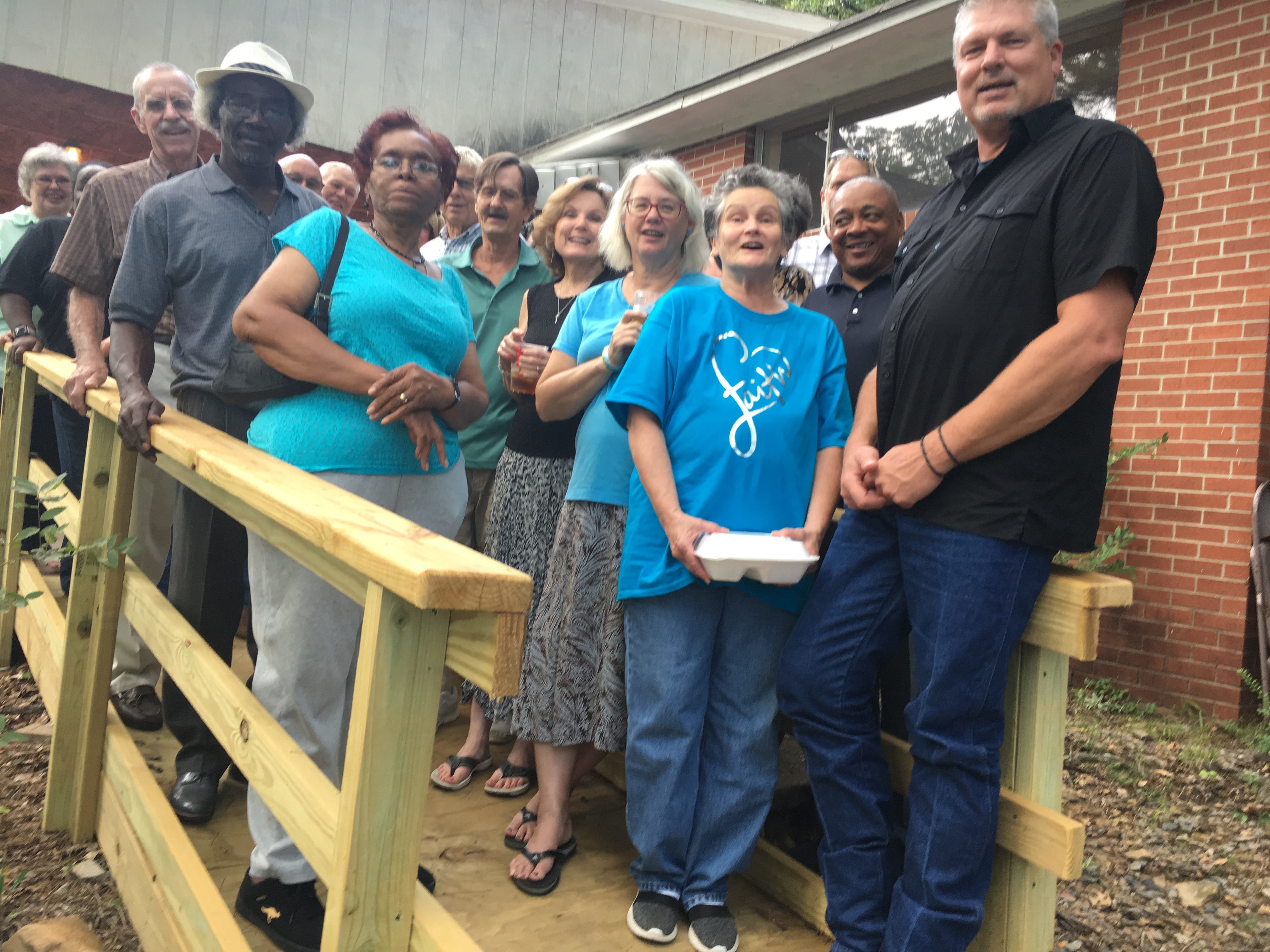 A wheelchair ramp built for Mark’s Chapel UMC in West Little Rock shown to the left is similar to the ramps that Russ Terwilliger and Bud Leach build for the Adona and Wye Mountain United Methodist Parish Home Repair Mission.
|| Photo provided by Richard Gifford

Fourth, Gifford said in addition to generosity with time and expertise, the folks who compose the Parish generously invest material in our mission.

“Many of our Parish households don’t exceed the median income for Arkansas, however they are good stewards of what they have and are generous with it,” he said. “That makes it possible for us to really love Perry County in ways that many churches our size only aspire to.

“Great people genuinely committed to the Great Commission and the Great Commandment, bent to the guidance of the Holy Spirit; that’s what allows the home restoration mission to Perry County to bear fruit.”

Prior to working with Leach, Terwilliger worked with a guy in Russellville for the Help Network. He said it was an organization that paid people’s utilities and helped them find jobs.

“There were also a lot of people that needed practical help, and that’s where I started, and I did that for 10 years,” Terwilliger said. “When I came here, and found out that Bud wanted to do the same thing, we just talked about what our vision was, and it was pretty close to the same thing.”

Terwilliger said he is not much of a carpenter, but most of the stuff that they do is basic. He said they mostly tear out floors and put in new floors – nothing highly skilled.

“I’m a big ol’ guy, and my knees are worn out,” Leach said. “But even though (Russ) is a little older, he is in fantastic shape. He can get down to the cracks and crevices, and he’s a lot better on the PR side of it.

“I love people, but I’m not a real big talker. He’s really good talking to the people. But don’t get me wrong, he’s also good at helping me.”

Leach said recently they replaced 90% of the floor in the trailer of this one woman’s house. He said she had no way of repairing it, so she appreciated it big time.

“She was so sincere and grateful that it just sort of got to me,” Leach said. “That one probably stands out to me as much as any we have done.”

Terwilliger said that even though it is not required, he likes to ask people to donate to the church.

“We don’t make it a priority, but we really recommended a donation or something, because unfortunately, if people get something free, they tend to think it’s worthless,” Terwilliger said. “… Materials of a typical job cost about $300, and we don’t use anything but treated wood, because it lasts longer than the trailer or whatever we are working on.”

Leach, who was a builder for more than 20 years, said they will always use treated lumber that will not rot, even if it gets wet. “That way, they don’t have to deal with it again for 15 or 20 years,” he said.

“The fruit we see in changed lives, both our neighbors and our own, is encouraging,” Gifford said. “My Parish pastor partner, Bill Nowell, and I often muse with one another how blessed we are to serve a loving, generous, mission-minded people who have made reaching our mission field a passion.”