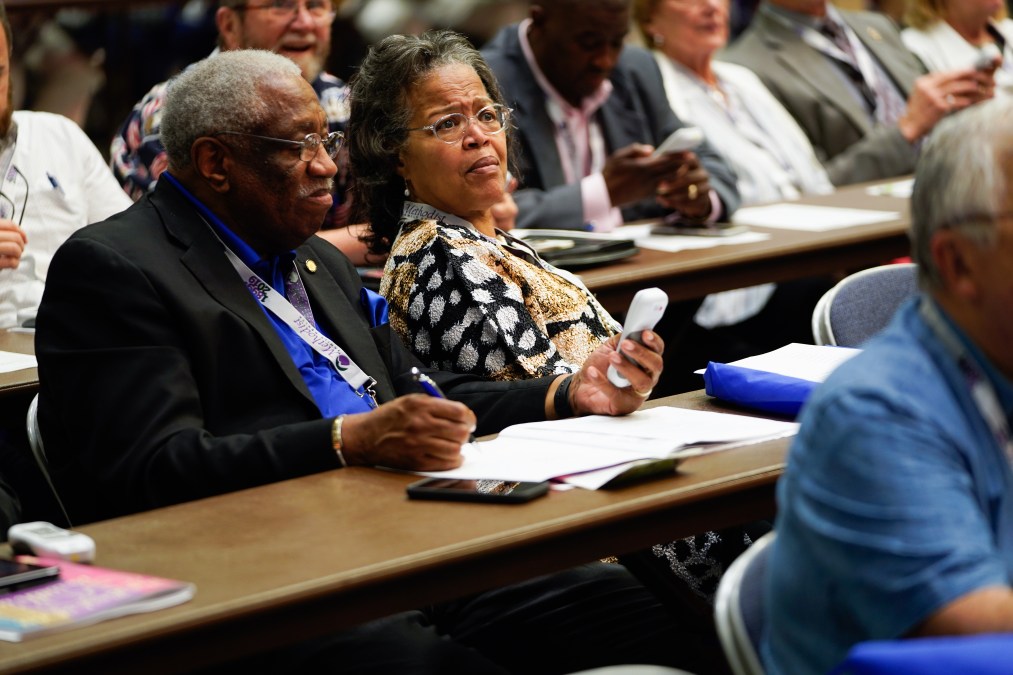 After six rounds of voting – three each for the clergy and laity ballots – the voting members of the Arkansas Annual Conference chose to send two clergy and two laity delegates to General Conference 2020 in Minneapolis, Minnesota.

After voting to adopt the session rules and calling the business of the 17th session of the Arkansas Conference to order, members tried out their new electronic voting devices for the first time.

Voting members were asked to vote for four choices during each voting round, and a simple majority of votes (50% or greater) were needed to be elected as a delegate.

Before voting began, Shelby Kirk and Phoebe Sanders were asked by Bishop Mueller to come to the microphone and deliver a statement put together by a group of young people within the Arkansas Annual Conference. The statement addressed the need for more youth and young adult delegates to be elected to General Conference, and the lack of representation for young adults as delegates to General Conference, particularly in 2016 and 2019.

You can read the statement here. 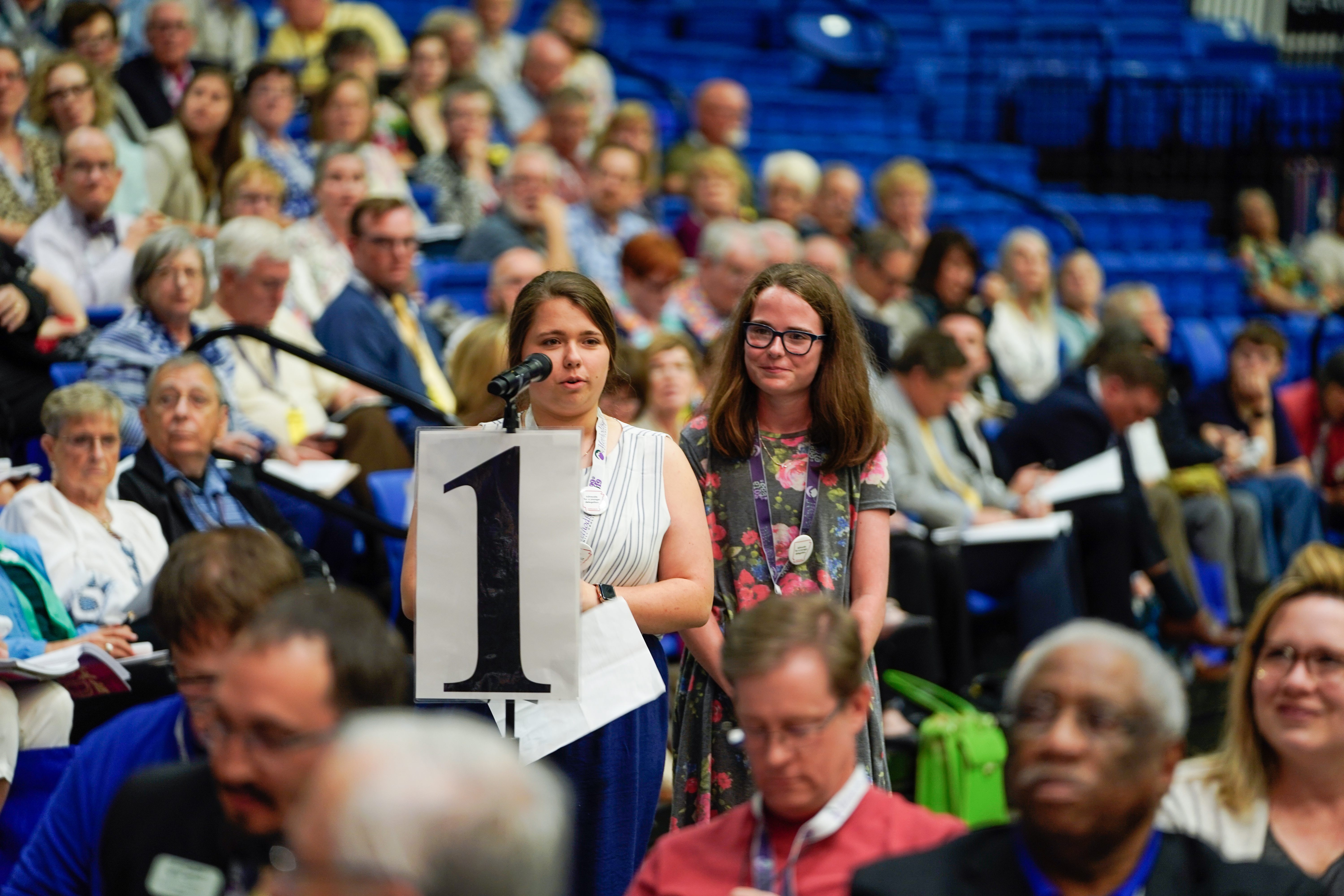 Shelby Kirk, left, and Phoebe Sanders, right, read a statement put together by a group of young people within the Arkansas Conference. | Photo by Stephen Gideon

In 2019, only 7% of delegates were young people — people under 35 years old — according to the Young People’s Statement read at General Conference 2019.

The Rev. Mark Norman, Southeast District Superintendent, and the Rev. Michael Roberts, senior pastor of First UMC Conway, were the first clergy delegates elected to General Conference in the second round of clergy ballot voting. During the first round of voting, no one received a majority of votes. In the second round, Norman received 57.14% and Roberts received 50.87%.

For the laity ballot, three rounds of voting were needed before the first delegates received enough votes to be elected. Karon Mann (56.04%) and Todd Burris (50.90%) were the first two lay delegates elected to General Conference.

“I am honored to be elected as a General Conference delegate,” Burris said. “I love the United Methodist Church and pray that the love we share in Christ Jesus will unite us in a very divisive world.”

“It is an honor to be elected as a delegate to General Conference 2020 and to serve as the head of the delegation. I thank you for your confidence in me and promise to work diligently for the future of our United Methodist Church,” Mann said. “Arkansas delegations have a long history of camaraderie and Christian conferencing and this delegation will be no different. I thank the laity of the Arkansas Conference for this privilege!”

The voting members of Annual Conference will continue to vote on delegates until four clergy, four lay and two alternates are elected for both General Conference and South Central Jurisdictional Conference, for a total of 20 delegates.

Clergy and laity profiles can be read here.

The next business session will begin at 8:15 a.m. on Thursday, May 30 and voting members will continue to vote on General and South Central Jurisdictional Conference delegates until all spots are filled.