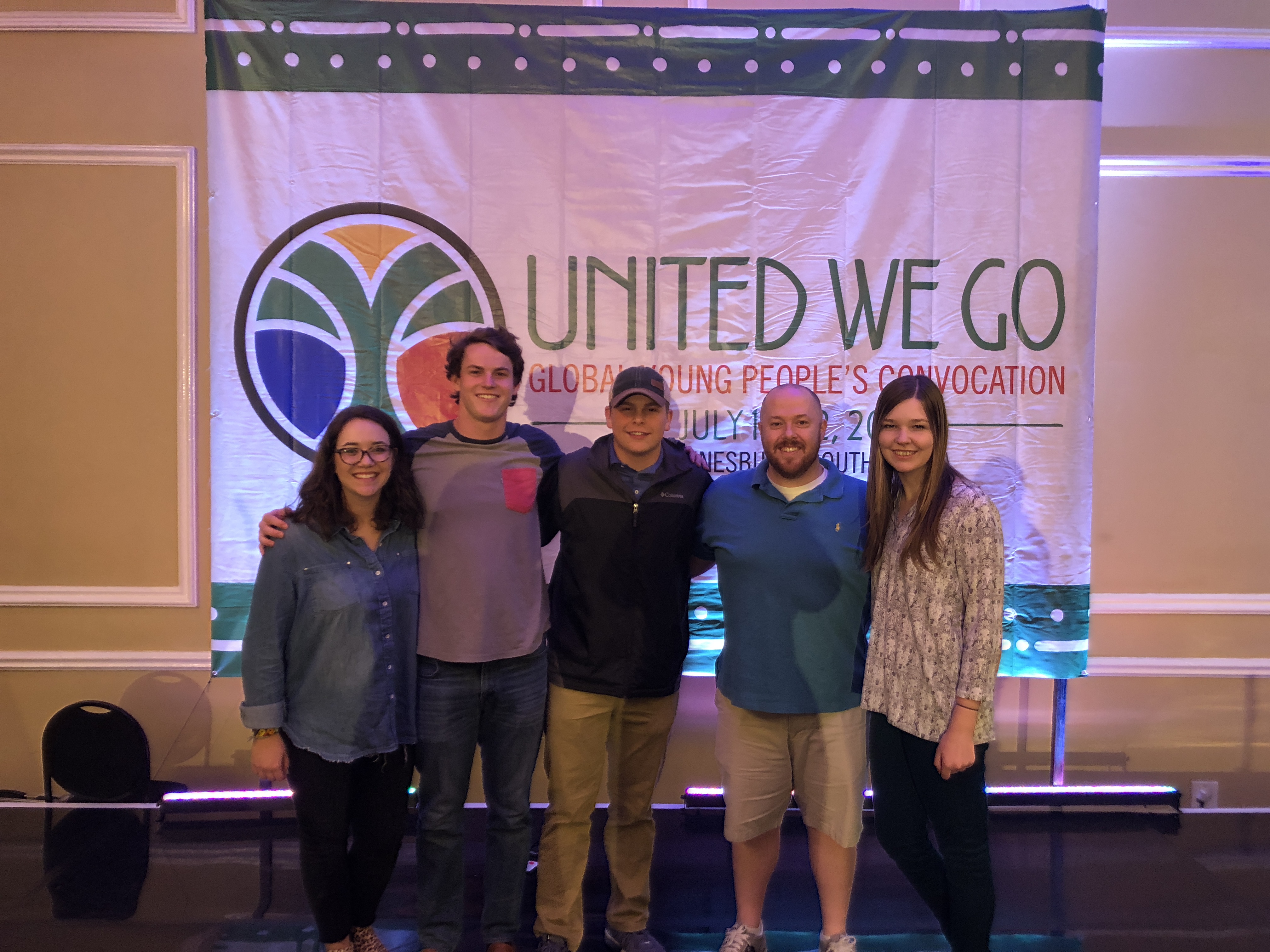 The 2018 Global Young People’s Convocation was an exciting time, particularly for those in the Arkansas Conference of the United Methodist Church.

The GYPC is an event that takes place every four years and brings together youth from all over the globe to a new location every year. While attending the event, youth get to worship God in a variety of languages and expressions; fellowship with their brothers and sisters in Christ from different social, economic, cultural, political, and theological backgrounds; learn vital leadership skills that they can bring back to their home countries; and participate in a Legislative Forum where they will discuss issues being faced by the church and the world in which they live.

Lauren Lovelady, one of the five delegates selected from Arkansas, was elected into the Young Adult’s category as a non-voting delegate. While at GYPC, she participated in small groups and workshops where she listened to diverse conversations and shared her opinion with other delegates.

“The most memorable thing I learned was that no matter the culture or language spoken, God can break down those barriers and allow us to communicate in a magnificent and beautiful way,” Lovelady said. “I was so moved by the worship, and at times I really had to take a step back and think about where I was and what I was experiencing. It’s not every day that you get the chance to have so many people from different parts of the world in one place, and I felt truly blessed to get the chance to experience that.”

When delegates registered for the event, they were able to choose topics that they were most passionate about, and the small groups they were placed in were based around those selections.

Lovelady’s choices were Poverty/Economy, UMC Theology and Spirituality, and Sexism/Feminism. She was also able to attend workshops that focused on various topics of global interest. One of the workshops that impacted her the most was a session on climate change.

“We split up in small groups to talk about changes in weather over the past 10 years, and the members of my group represented the Philippines, Latvia, the Congo, and South Africa. Despite the distance between us, we all came up with similar answers about the weather patterns in our country. After leaving that session, we all felt very motivated to come home and make a difference in our own communities.” 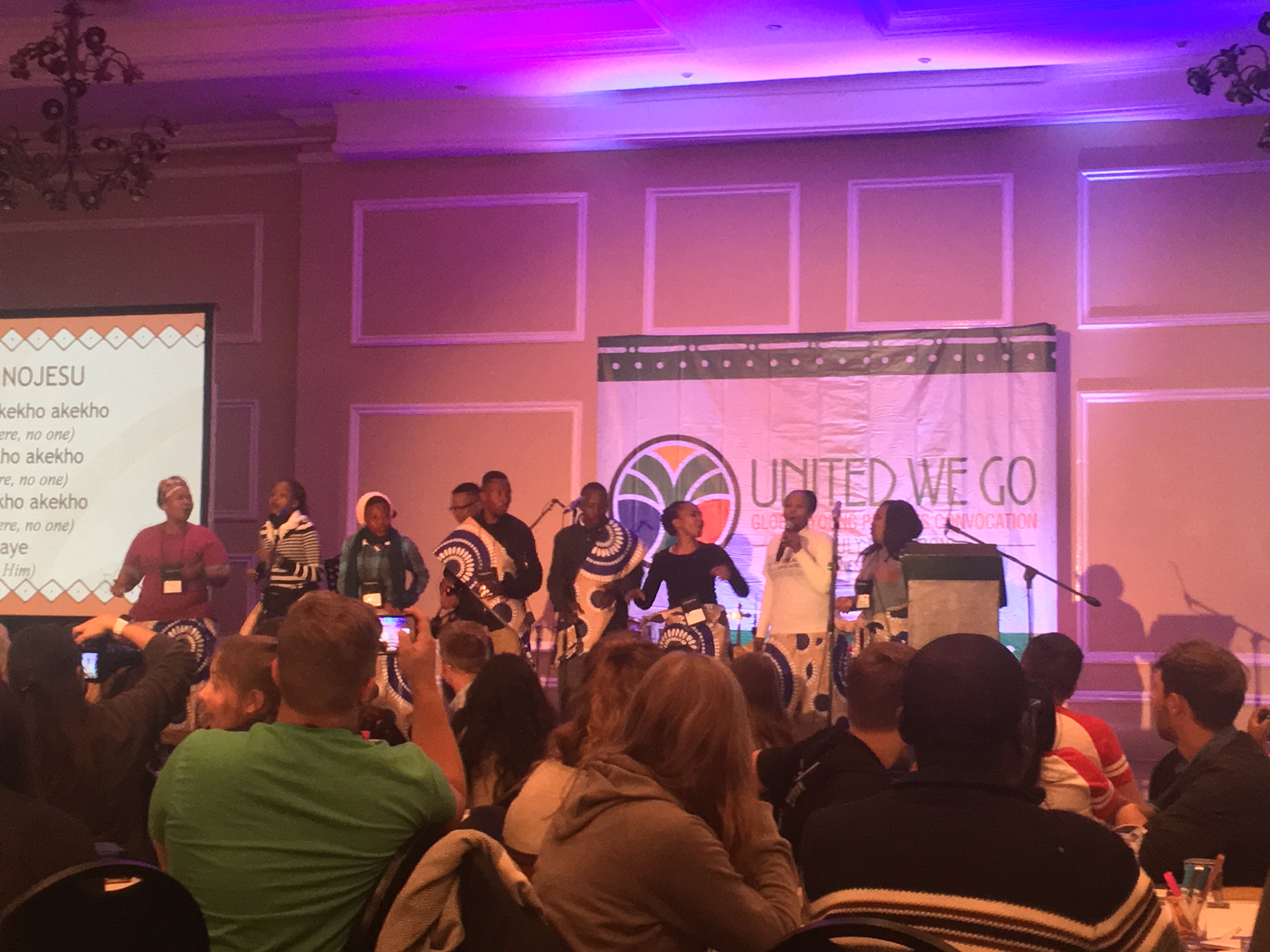 Members of a South African Choir lead worship during a session of the 2018 Global Young People’s Convocation in Johannesburg, South Africa.

Brandon Bates, an adult youth worker voting representative from Little Rock, also had a lot to take away from his small group experience.

Bates was in a group of nine; three from Germany, one from the Philippines, and the remaining five from the United States. Two of the American representatives from the South Central Jurisdiction were the children of immigrants from Nigeria and Kenya but were born in America. But Bates said that the differences between them were actually a strength.

“With all of the seeming differences, we quickly bonded, found a lot of common ground and agreements on issues that we discussed,” Bates said. “That’s not to say there were not any disagreements, especially during our times of voting, but we were able to share about our lives and local contexts, and have better understanding of one another, even when words were shared through a translator.”

Aside from the applicable knowledge that Lovelady was able to take away from the GYPC, she also had an eye-opening experience learning about the host country where GYPC was held this year, South Africa.
With the end of apartheid in South Africa being a relatively new law – apartheid legislation was repealed in the early 1990’s thanks to the efforts of activist Nelson Mandela and others – many of the effects of that dark period of racism and segregation are still felt in the city of Johannesburg.

“The city contained visible division between races and genders, which was surprising to see. In some ways I felt like I was in a time capsule, seeing some of the struggles of those in the Civil Rights Era in the United States,” Lovelady recalled. “It was hard to see that reality first hand, but it also helped me become more educated about their struggles. The effects of the apartheid are still very prominent in the country, especially in the capital city of Johannesburg.” 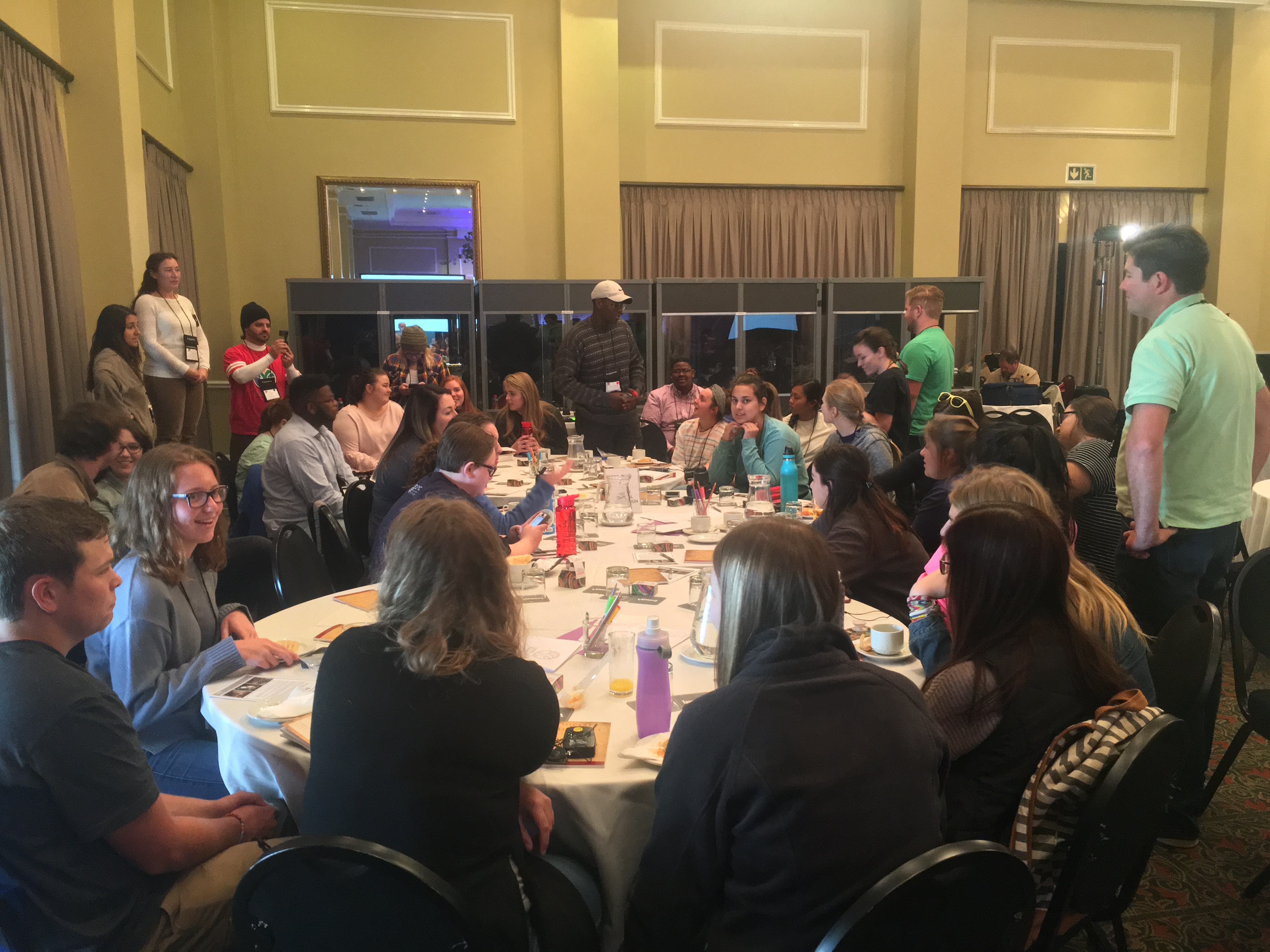 The South Central Jurisdiction from the United States gathered together at a table to discuss their experiences while attending GYPC.

Overall, Lovelady sees the GYPC as a vital part of the growth of youth within the United Methodist Church; not just in the United States but globally.

“I have been a member of the United Methodist Church for my whole life, but I never had the chance to experience it globally. It was amazing to see how impactful our church is around the world and to listen to stories about what others are doing in the church,” Lovelady said. “Despite our differences in culture and beliefs, we were all still able to be united with each other and remember the reason why we were connected in the first place. GYPC is a life-changing experience that allows you to see the Church and the world in a different and extremely impactful way.”

Bates also views the GYPC as an important piece of the global United Methodist Church body.

The voices and opinions of young people within the UMC aren’t always fully represented at the General, Jurisdictional, and Annual Conferences, but the GYPC, according to Bates, helps to express those voices in a more unified way.

For more information on GYPC and this year’s event, visit https://umcyoungpeople.org/about/gypc-2018.