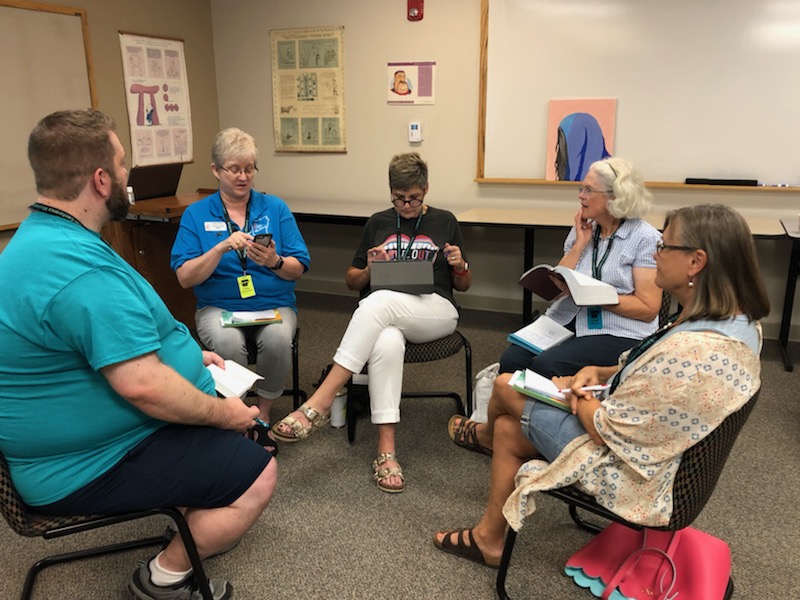 Mission u is a Transformative Event That Every Methodist Should Experience

Lead Equipper of the Center for Vitality

Mission u is one of the most transformative experiences I have had the past two years. Mission u provides space for spiritual renewal, deep theological reflection, and faith sharing opportunities that build community with people all across the state.

I am stunned every year that there aren’t thousands of people present. Perhaps the issue is that either people have a misconception of what happens at Mission u and who can and does attend.

As a second time facilitator of studies there, I can share my experience in hopes of encouraging others to carve out the time for this extraordinary encounter.

The studies offered through Mission u will challenge you to think differently about things that may feel routine in your faith. Last year, when I led what was somewhat affectionately (and somewhat derisively) called the money study, people showed up assuming that we would learn how to calculate tithing and balance a personal or church budget. Instead, the study urged us to reflect on our economic systems and whether they more closely represent the systems of oppression like the Pharaoh of Egypt, or whether they release us for participation in God’s creative activity in the world.

We examined how our own personal experiences around money, from our earliest memory of using money all the way through what jobs we have worked in our lives, have shaped our faithful responses to needs around us. The result of these collective conversations was a deepening in our own understanding of what it means to be called to faithful stewardship of God’s world, not just what clinks around in our pocketbooks.

This year, we studied the Gospel of Mark from the perspective of radical discipleship. We confronted very real divisions among God’s people around issues of privilege, particularly asking who has privilege and who doesn’t, but also when we have privilege and when we do not.

We had frank conversations about the intersections of race, class and gender. Then, as we turned to engaging the biblical text in ways that involved artistic representations, we not only got to experience the giftedness of the people in the room, but we also got to see Scripture with new eyes.

We closed our time together discussing what it means to bring resurrection to our communities – bringing life into spaces of death – and began to make concrete plans to do exactly that.

All of this takes place in the most diverse room I will find myself in a typical year. We were young and old. Male and female. White, African American, Native American, Hispanic. Clergy and laity. Rich and poor. It is a glimpse of the reign of God that we see too infrequently in our churches for sure, and perhaps also in our day-to-day lives.

I close this reflection with the words of the Rev. Andrew Suite, pastor of Salem UMC in Conway, who was in my class and has returned to Mission u for the second year in a row. “I used to think of United Methodist Women as circles and salad-o-ramas, but Mission u, with all due respect, showed me just how much UMW ‘ain’t your grandma’s Bible study’! I went last year because I heard ‘strongly suggested’ from the Board of Ordained Ministry as ‘required,’ and now I am hooked! The studies offered are second to none, classes are anything but lecturer/listener based, and I’ve had some of the most robust spiritual and theological conversations I’ve had post-seminary at Mission u. This is why I will encourage women and men from my church, as well as fellow clergy, to participate. There is also enough free time or flexible time for this to be a personal or ministry planning retreat too.”

If Andrew’s words and my offered experience have intrigued you, make the time to attend Mission u next year. I dare say you will be inspired and surprised! 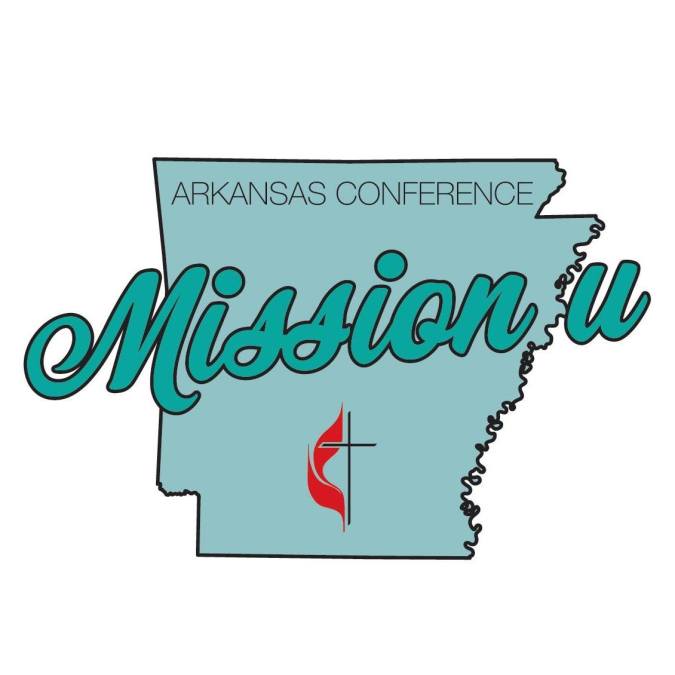 Mission u Gears up for Four Days of Fellowship, Fun

Mission u is a chance for United Methodist women and girls throughout the state of Arkansas to come together and study important issues affecting society, and this year’s Mission u will cover topics like radical discipleship, 150 years of United Methodist Women’s ministry, and our relation to money within the context of faith.

The annual gathering will take place July 17 – 20 at the University of the Ozarks in Clarksville, Arkansas.

According to information provided by Mission u, the gathering is “an opportunity to study current issues impacting society based on recent mission study topics.”

While Mission u is seen as a great opportunity for members of the United Methodist Women to gather and learn together, it is also open to non-members of UMW, as well as children and youth.

“Mission u is a time for like-minded people to gather together. It’s a time to learn, and then leave renewed and hopefully go back home and pass along what you learned,” said Beth Cobb, 2019 Arkansas Conference Mission u dean and the Northwest District president for the Arkansas Conference United Methodist Women.

This year’s theme is “Radical Discipleship: Then and Now,” and the classes offered during the four days will focus around this theme.

In “Practicing Resurrection: The Gospel of Mark and Radical Discipleship,” participants will learn what it means to be a radical disciple using the Gospel of Mark as the foundation for the teaching. This class is based on author Janet Wolf’s book of the same name.

“Women United for Change: 150 Years in Mission” is a study by Ellen Blue which will commemorate the 150-year anniversary of United Methodist Women. United Methodist Women began with a group of eight women from Boston who organized the Women’s Foreign Missionary Society in 1869 and raised enough money to send two teachers to India as missionaries to serve the women living there.

There will also be classes on faithful use of money in “What About our Money? A Faith Response,” and two other classes on Mark geared toward youth, “Who do you say that I am? Meeting Jesus Through the Eyes of Mark,” and “MARKED: A Mission Journey with Jesus in the Gospel of Mark.”
“We have classes for everyone, from pre-k through adults, but our focus right now is really trying to get the younger ones involved in Mission u,” Cobb said.

One of the ways that Mission u is trying to attract the younger crowd is through hands-on projects that get young adults out into the mission field.

“Instead of having them sit in another classroom and listen to a lesson, we’re going to have them go out into Clarksville and help in some of the United Methodist mission projects in the city.

“That’s one of the ways this year will be different than last year; they’ll do one mission study the same as everyone else, but instead of doing a second mission study, we’re going to get them out and involved in helping the community.”

To register online for Mission u, visit their website at www.armissionu.weebly.com. The registration deadline is July 1. For more information, visit their Facebook Page or contact armissionu@gmail.com.