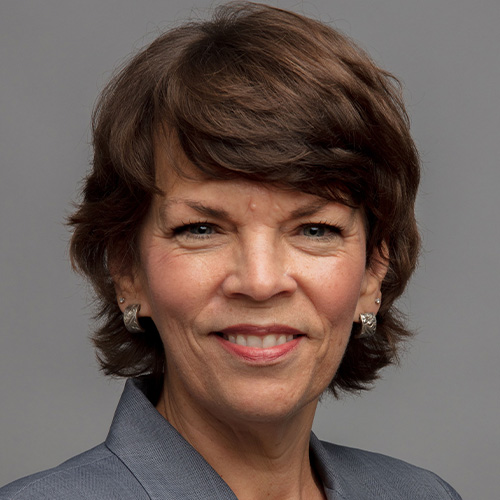 The Rev. Laura Merrill, currently serving the Rio Texas Conference, has been assigned to the Arkansas Annual Conference as Bishop for two years, beginning January 1, 2023.

Delegates elected Laura Merrill, age 59, at the South Central Jurisdiction’s meeting at First United Methodist Church in Houston, on the first ballot on November 2, 2022. She received 99 votes and needed 77 votes to be elected.

Merrill was the endorsed candidate of the Rio Texas Conference (2020 and 2022) and the South Central Jurisdiction Women’s Leadership Team (2020).

She has been Central District superintendent for the Rio Texas Conference since 2021 and on the conference cabinet since 2010.

Before her current position, she was assistant to the bishop and director of clergy excellence for Rio Texas. A former church secretary, she served as assistant to the dean and director of communications for Candler School of Theology at Emory University before becoming associate pastor at a church in Victoria, Texas, then pastor of churches in Los Fresnos and Wimberley, Texas.

Merrill also served as a missionary in Chile for the Desert Southwest Conference.

She received a bachelor’s degree in international studies from Southwestern University in 1984 and a master’s in divinity from Candler in 1995.

A third-generation United Methodist pastor, she has two children.

In The United Methodist Church, bishops are ordained elders who are called to “lead and oversee the spiritual and temporal affairs of The United Methodist Church.” Bishops, in consultation with district superintendents, are responsible for appointing clergy. They also preside at annual conferences, jurisdictional conferences, and General Conference, the denomination’s top lawmaking assembly.