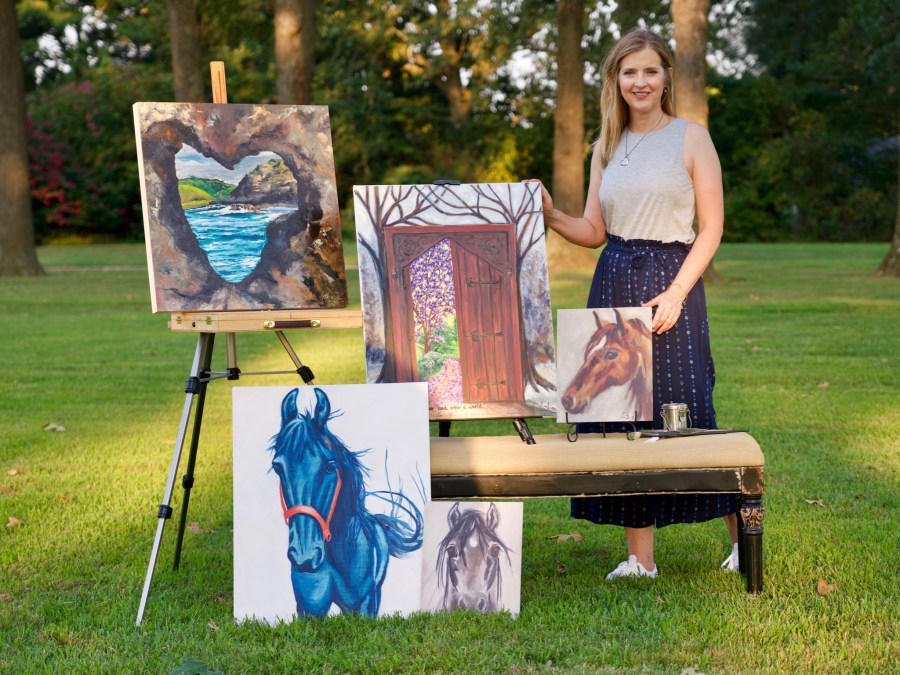 When Beth Lenderman was little, she drew all the time. She took painting lessons in middle school and art in high school. When she got older, she listened to a lot of negative comments and moved away from art and did other things.

But about six years ago, she got back into it, part-time, and this past year, her passion for the arts has blossomed into a full-time career.

“This is truly my passion,” she said. “I am thankful for it and that I am able to do it because I love it.”

Her dad was very artistic, as was her older sister. Lenderman said they were both very influential and supportive and they both wanted her to pursue it full-time, but Lenderman didn’t listen to them.

“They have both passed away now, but I know they would be very happy with what I am doing,” she said.

Her sister died in 2013, a year after Lenderman had taken art up again.

“I wanted to paint more, but I just couldn’t find the time,” she said. “It wasn’t working out. But then, I felt like God was putting it on my heart and doors started opening and I just saw God answering the prayer and passion for art that I put on the back burner.

“I was thankful for the opportunity and it made me see what God was doing in my life. I feel like my art is tied to my faith because the biggest thing for me, is to use it in a way to glorify Him.”

Her passion for art reemerged almost 20 years ago, when she volunteered to paint an entire floor to ceiling mural in a Sunday School class at First United Methodist Church in Prescott, Arkansas. According to her Facebook page, she painted mountains, creeks, wilderness, forests, sheep and camels.

“It took countless hours and I loved every minute of it,” she said. “And after I completed that project, I picked up the paintbrush again for myself and began painting.”

Lenderman said God uses what she does to bring Him glory and meet people “who don’t have a strong faith.”

“He has put me in these places I wouldn’t necessarily be if I wasn’t painting,” she said.

Lenderman is currently doing a “30 for 30 for 30” series of paintings with 10% of the proceeds going to support the Wesley Campus Ministry at the University of Arkansas. This is the second year she has done this project, raising $553 a year ago.

“I was painting 30 paintings in 30 days, one per day, and they would be paintings of hearts, using a pallet knife to paint,” she said. “A lot of artists will have a series, where they will paint so many paintings in so many days, and I got the idea from that, but I wanted it to mean something. (And last year,) I was thinking hearts because there is not a lot of love in the world right now.”

She chose to donate the proceeds of the sales to the Wesley Campus Ministry because both of her sons have been involved with it. Her oldest, Hayden, graduated from the U of A and was an intern at the ministry and her youngest, Jordan, is currently enrolled at the U of A and is part of the leadership team at Wesley.

“It has just been such a good thing when they were in college,” she said. “So it was a way to give back and support the ministry for what they have done.” 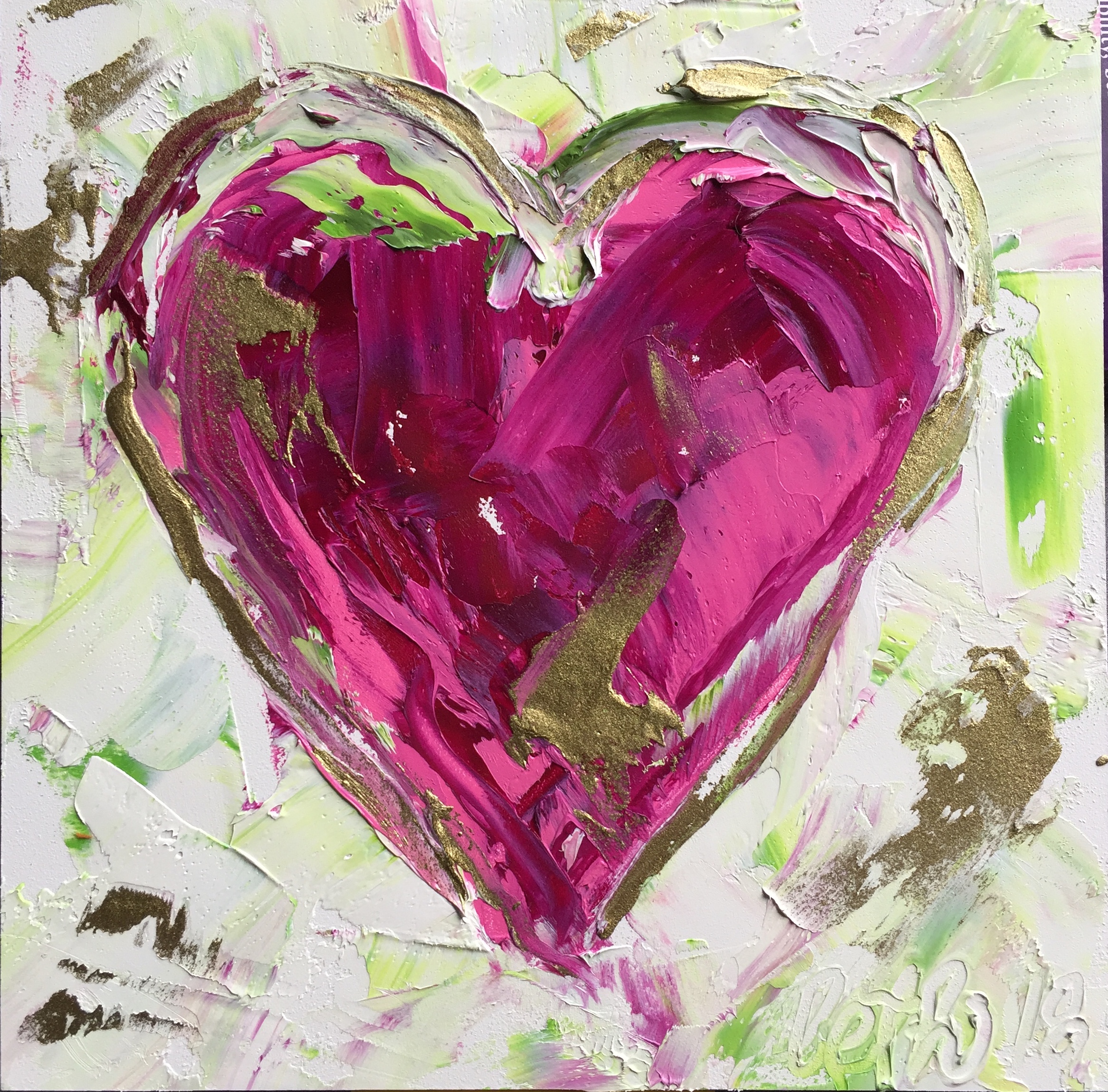 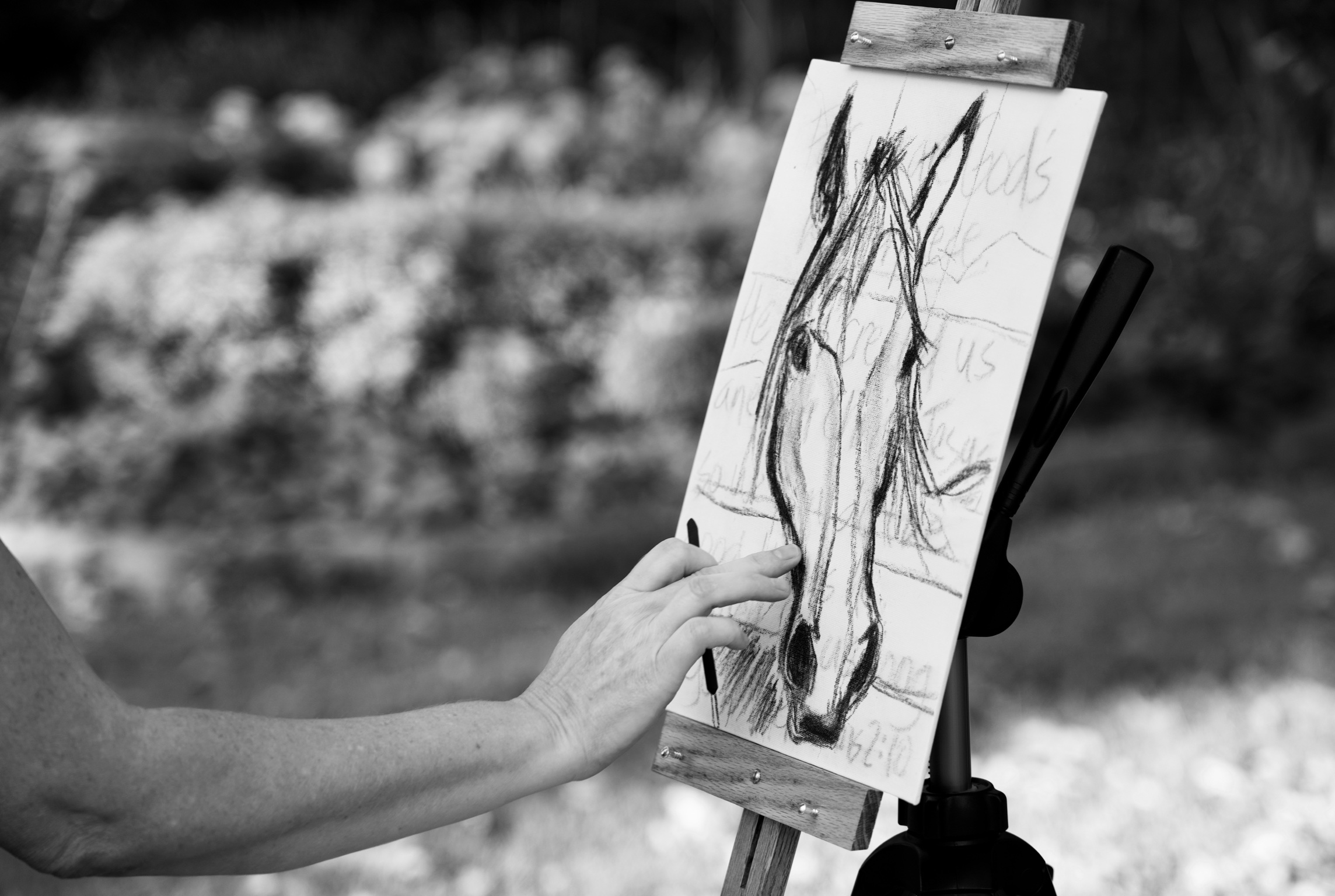 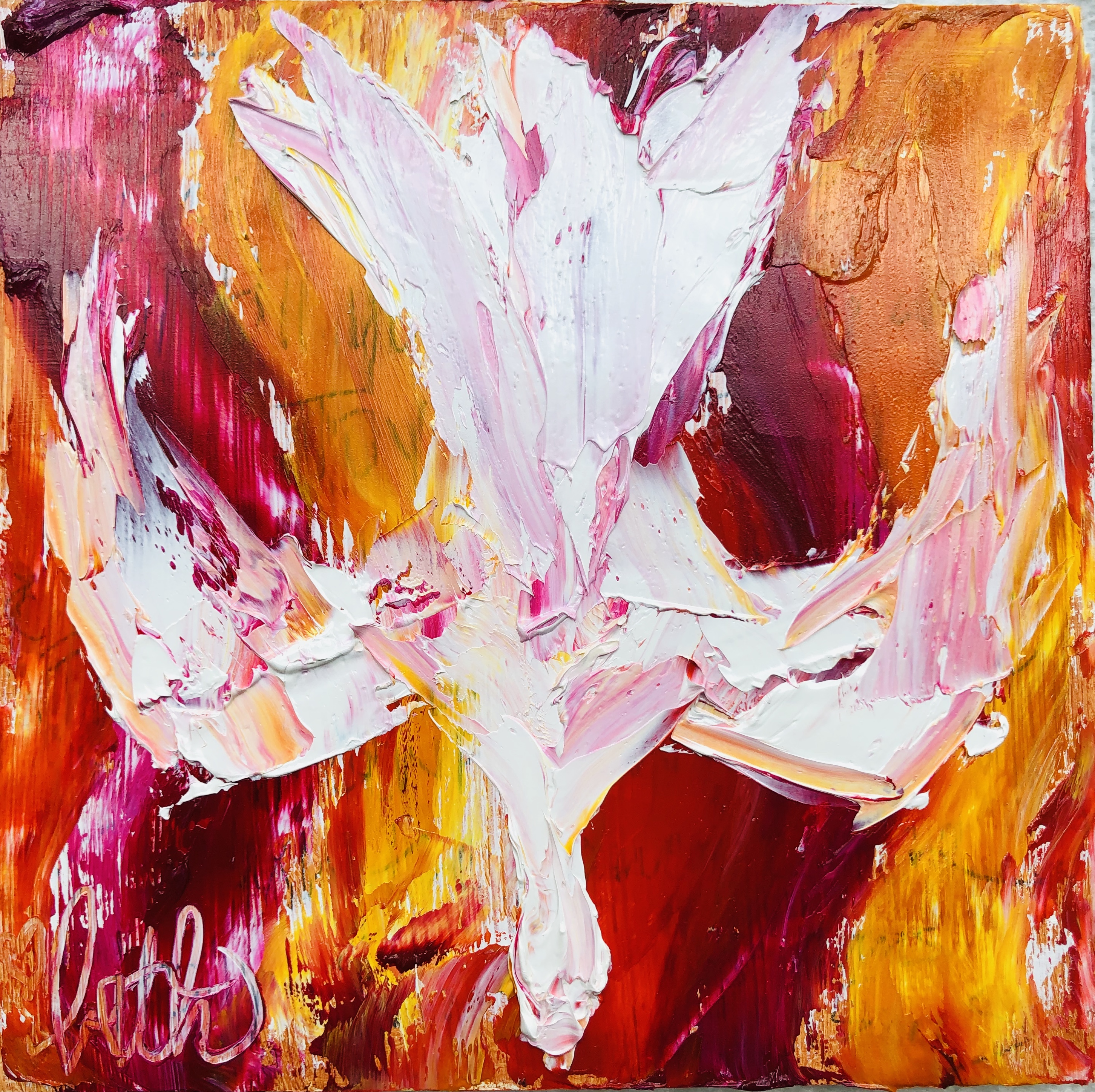 This year, Lenderman painted a “30 for 30 for 30” series based on doves. The dove represents the Holy Spirit, and she is also basing the series off of Romans 15:13. || Photo by provided by Beth Lenderman

Lenderman is charging $30 for each piece, where normally her pieces go for about $52. She said she wanted to make it affordable and available for someone who wanted a piece of original art, but normally couldn’t afford it.

She said when she started the series last year, she wasn’t sure if anybody would buy anything, and she might end up with 30 heart paintings hanging on her wall for her to enjoy. She said she was overwhelmed by the response from last year.

“I think people liked the hearts and I think they liked there was a Bible verse on each painting underneath,” she said. “I think they really liked that part of the money was going to something that made a difference, like the Wesley Ministry.

“I think it makes people feel good to be able to donate something; they were getting to do something with their purchase. Some people even paid double and anything extra, I gave to the ministry.”

She said, until a couple of months ago, she wasn’t even sure if she was going to do the series again.

“The new verse was placed on my heart and it speaks of the Holy Spirit, so I did it again,” she said. “People will watch (my Page) and they know what time I’m going to post and they will try to get it before someone else.

“… I had no idea it would be successful like that.”

This year, she is doing something a little different for the art series, including a different scripture, Romans 15:13, and a different picture, a dove, representing the Holy Spirit. The money is still going toward the Wesley Ministry. The series will run until Nov. 1.

“I have already done all 30 projects, and I will post on Facebook every day,” she said. “If someone likes one that is already bought, I will offer to paint another one like it and still sell it to them for $30.”

She has a public Facebook Page, Beth Lenderman Fine Art, where she posts all of her artwork.

“I am wanting to use my art to glorify God and to make a difference,” she said. “I try to glorify Him in all my paintings. Whenever I am commissioned a piece, I pray for that person and when I did the series, sometimes I am doing it for people that I don’t even know.

“It is a way for me to use my art, a talent God gave me, to glorify Him and spread love.”

Lenderman lives in Lowell, Arkansas with her husband, Jim, who is the senior pastor at Central Rogers United Methodist Church. Jim and Beth will have been married for 33 years this December.

“I am very proud of what she is doing,” the Rev. Jim Lenderman said. “For her to step out in faith, and seek to honor God with her gifts and abilities, is a beautiful thing to watch.”