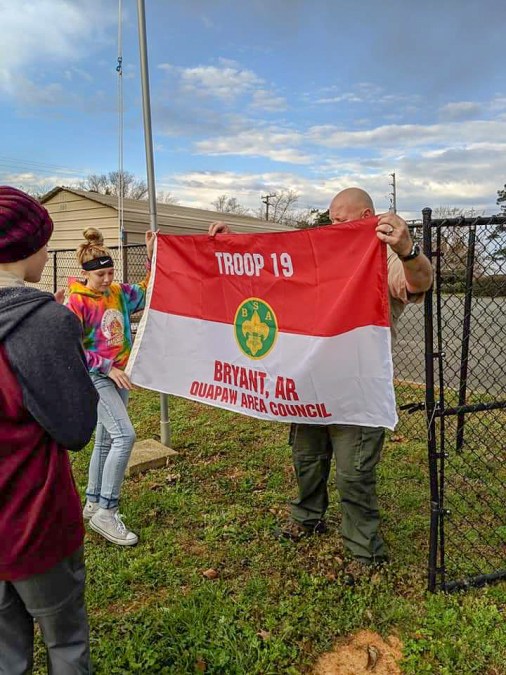 Tim McEuen never thought he would be leading a Scout BSA troop, let alone the first all-girl Scout troop in the state of Arkansas.
McEuen’s youngest daughter, Emily, became interested in joining the Cub Scouts after seeing the group visit her school multiple times throughout the year.

Tim and Emily decided to visit one of the Cub Scouts sign-up nights, and it’s there where they were introduced to the exciting world of Scouting.
“The first night we went, she tied a square knot. I’ve never even tied a square knot before, and I tied one too. But when we both finished our knots at the same time, we looked at each other and said ‘we love this!’ It was so much fun.”

After that first meeting with the Cub Scouts, Emily and Tim were hooked. Emily wanted to know how she could join the Scouts, and Tim was wondering as most dads do, who would be watching over his daughter and making sure she was taken care of in the group.

He was also wondering how all of this would work for Emily’s future in the Scouts, considering the Boy Scouts were just that; a boys-only group that taught survival and camping skills to young men.

It just so happened that Tim and Emily were looking to join at one of the most pivotal times in the more than 100-year-old organization’s history.
Big Changes for the Boy Scouts

In 2017, the Boy Scouts of America Board of Directors voted unanimously to welcome girls into both the Cub Scouts program and the older-aged Scouting program.

At the time that Emily sought to join, 2018, the Cub Scouts were the only group that allowed girls into the organization. Scouts BSA, which is now the official name, opened the Cub Scouts to girls in 2018 and then opened up the Scouts BSA to boys and girls – 11 to 17 years old – in February 2019. 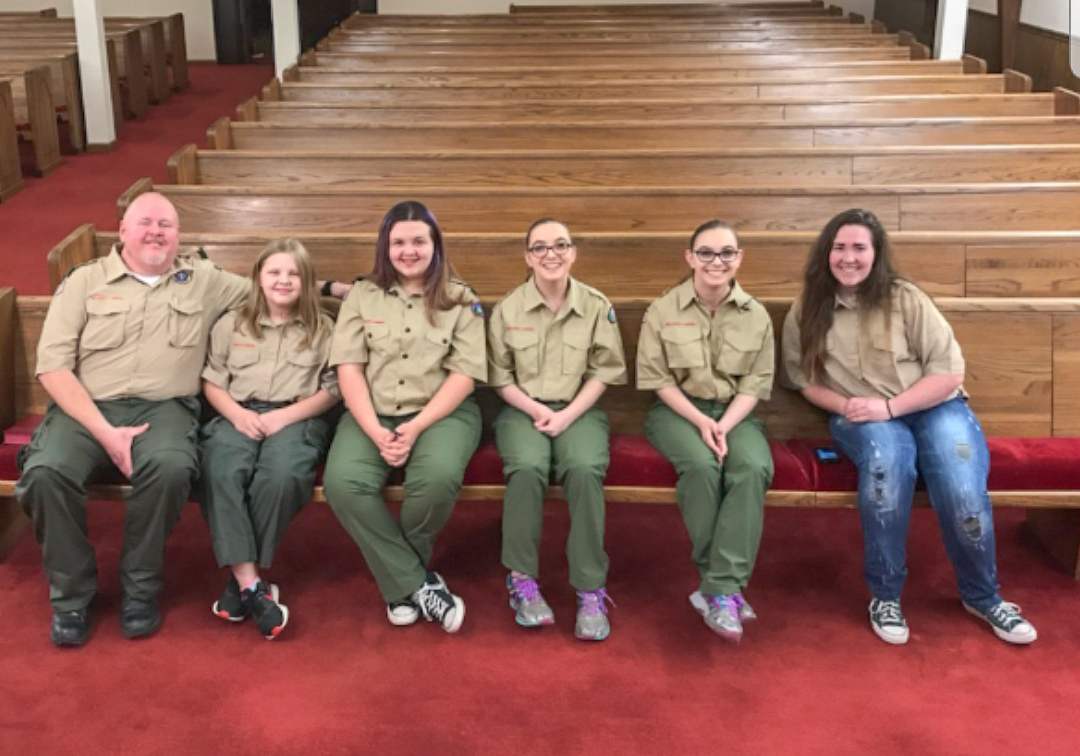 The Scouts received pushback for this decision, but according to Michael Surbaugh, the BSA’s Chief Scout Executive, the decision was undoubtedly the right one to make.

“This decision is true to the BSA’s mission and core values outlined in the Scout Oath and Law. The values of Scouting – trustworthy, loyal, helpful, kind, brave and reverent, for example – are important for both young men and women,” said Surbaugh, in a press release regarding the 2017 decision. “We believe it is critical to evolve how our programs meet the needs of families interested in positive and lifelong experiences for their children.”

The Scouts BSA made it clear that much of the way the group operates will not change with the inclusion of girls. Activities, uniforms, rank advancement requirements, and Youth Protection policies would remain the same. For the first time in history, however, 11 to 17-year-old boys and girl scouts would have the opportunity to earn the Scouts highest honor, the Eagle Scout Award.

For Tim, his interest in getting his two daughters involved in Scouts BSA came from two friends that were in charge of Troop 17, Monica and Alan Saffle. Alan is the scoutmaster for Troop 17, an all-boys troop chartered by the Quapaw Area Council of the Boy Scouts. His wife, Monica, is the committee chairman for Troop 17.

“I’ve known Monica for 30 years; I went to school with her. So, I asked her one night at a Cub Scouts’ meeting, ‘Who’s going to be running this new all-girls troop?’ She said that they didn’t have anyone just yet.”

The next week, at their regular Tuesday night meeting, Tim and Alan met one-on-one and discussed the possibility of Tim becoming the Scoutmaster for Troop 19, the new all-girls troop set to begin in 2019.

“I said I’m flattered, but I don’t have any Scout experience. He told me neither did he until he became a Scoutmaster,” Tim said. “So, after a few weeks of talking to my family and praying about it to make sure I was the right person to lead these young ladies, I decided to do it.”

Now the Scoutmaster for Troop 19, Tim leads and teaches a group of girls ranging from 10 to 17 years old, including his two daughters, Emily, 11, and Mackenzie, 13. 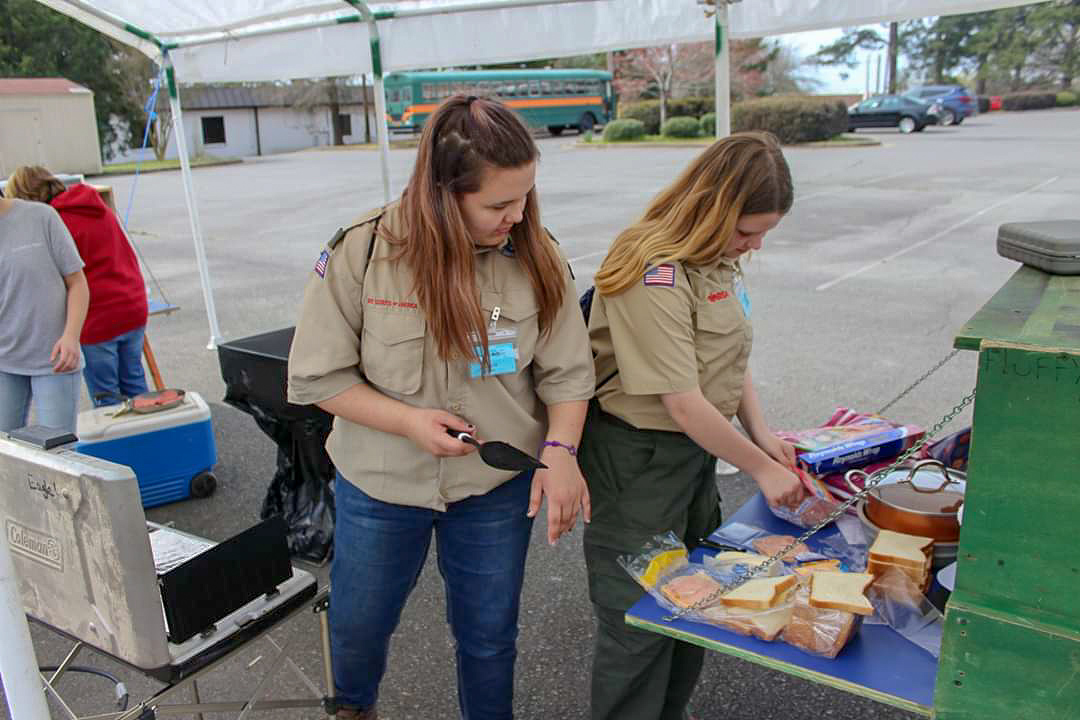 The Scouts of Troop 19 cook food during a fundraising event. || Photo provided by Tim McEuen

The official charting of the troop happened at a February ceremony in the First United Methodist Church of Bryant.

The Rev. Susan Ledbetter, the senior pastor at First UMC Bryant, said she’s excited that this new experience for girls has taken off at her church and in Central Arkansas.

“It’s been great to be able to extend the scouts to include an all-girls troop because it gives more opportunities for young people.”

Ledbetter said she has also incorporated some of the Scout’s Oath into preaching series at her church because the Scouts teach essential values to kids.

“[The Scouts] is still such an important citizenship and leadership building organization. The Scouts that are in our church are some of the kids that I can count on the most. They’re the most respectful, helpful and responsible kids.”

Tim said that seeing the growth that the girls in his troop have made since officially starting on Feb. 1 has been amazing to see. After starting with eight girls, the troop has grown to 17 members in less than three months.

“All I can say is wow, it’s been an awesome experience!

“These girls learn unity – because we’re a sisterhood – confidence, and preparedness of any situation. These girls can learn everything that the boys have been learning for the past 100 years in the Boy Scouts.”

Hope for the Future

Although the troop has faced some backlash locally from people who don’t agree with the Scouts BSA’s decision to allow girls into the organization, Tim said that he and the young ladies of Troop 19 don’t let that kind of negativity affect them. 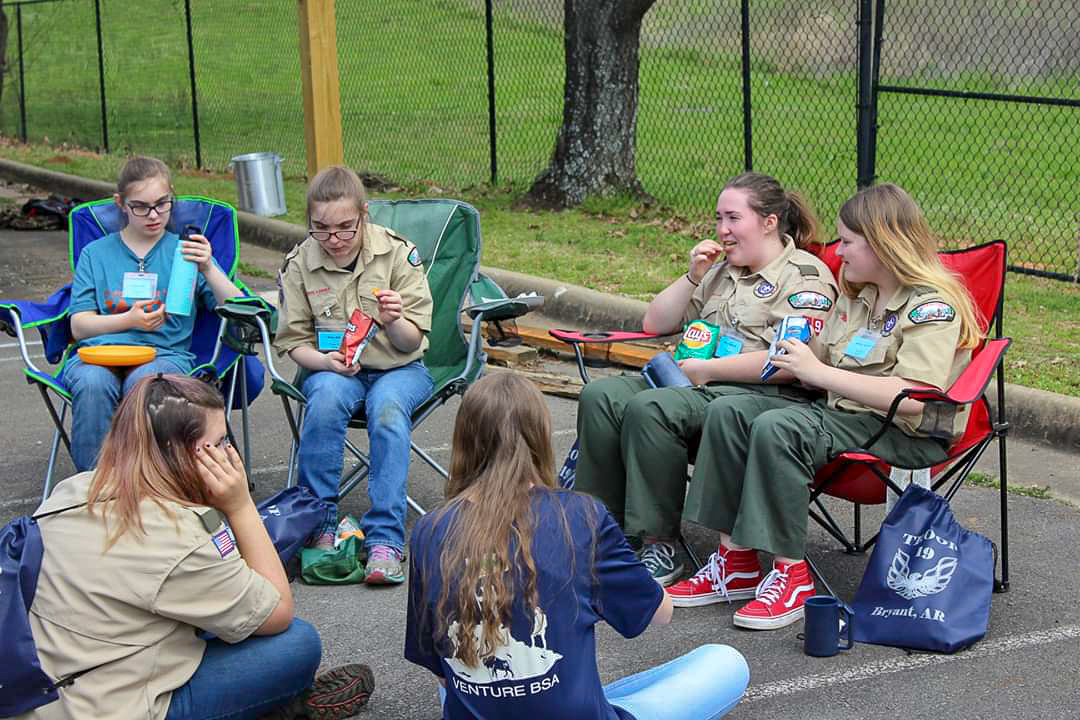 “When we hear those kinds of things from people, my girls just say ‘well, thank you, ma’am, or thank you, sir. Have a good day.’ We know what we’re doing is right.”

Tim has also made it a point to make sure the girls in Troop 19 know about influential female leaders throughout history as a way to empower the girls and introduce them to powerful role models. Most of the women Tim shows the girls come from eras where women’s rights were still a struggle and men were viewed as superior leaders.

“These were women who weren’t accepted as anything other than a woman, but they still were great leaders, and they still made their mark in history. And that’s what I tell my girls we’re doing here; we’re making history. You’ll face ridicule, and you’ll face belittling, but the number one thing to remember is that you do belong here.”

Ledbetter also stressed the importance of strong female representation in leadership. She hopes that the girls of Troop 19 see their worth in everything they do.

“I hope the girls in this troop will be able to realize their potential and their ability for leadership. That they can do anything that is set before them. And that they know that this church is a place that welcomes them to explore and grow in the direction that they would like to,” Ledbetter said.