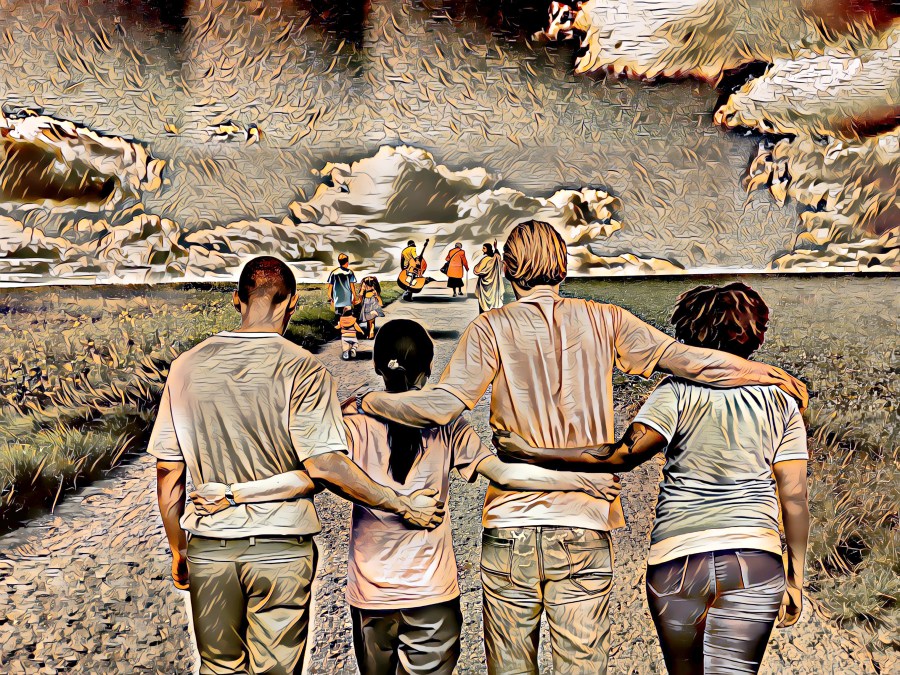 What to know about General Conference
Why we're having it, who can vote, and what they're voting on

The called Special Session of General Conference is finally here.

The Feb. 23 – 26 meeting – taking place in St. Louis, Missouri – is the denominations largest meeting and typically occurs quadrennially; the next General Conference happens in 2020 in Minneapolis, Minnesota.

However, this year’s General Conference is a special meeting, set up specifically during the last General Conference in 2016 to address the topic of human sexuality and examine paragraphs of the Book of Discipline which focus on this hotly debated topic within the United Methodist Church.

There are various paragraphs within the Book of Discipline that relate to human sexuality, but the subject of debate at this General Conference are the paragraphs pertaining to the ordination of LGBTQ clergy and the performance of same-sex marriage ceremonies in the church.

¶304.3 states: The practice of homosexuality is incompatible with Christian teaching. Therefore, self-avowed practicing homosexuals are not to be certified as candidates, ordained as ministers, or appointed to serve in The United Methodist Church.

The debate over human sexuality within the UMC is nothing new. For more than 40 years – dating back to 1970 when the second, and only other, Special Session of General Conference took place – the church’s decision whether to allow members of the LGBTQ community full inclusion into the church has remained unresolved.

After the 2016 General Conference in Portland, Oregon, the Council of Bishops formed the Commission on a Way Forward – a specialized group of 32 members – to examine paragraphs of the Book of Discipline concerning human sexuality and explore options to settle the debate over this topic.

What came out of that commission were three plans: The One Church Plan, The Traditional Plan, and the Connectional Conference Plan.

The 864 delegates to General Conference – about 58 percent from the United States, 30 percent from Africa, and the remaining number from the Philippines, Europe, Eurasia, and a few “concordat” churches outside of the UMC – will cast votes in favor of one of the plans submitted by the Commission on a Way Forward, as well as a number of other petitioned plans submitted by various groups (i.e. the Simple Plan proposed by the United Methodist Queer Clergy Caucus and the Modified Traditional Plan submitted by a coalition of conservative advocacy groups).

For legislation to pass, a simple majority of votes must be cast in a plan’s favor. If a plan requires a Constitutional amendment, two-thirds of the delegates will need to vote in favor of passing the plan, as well as two-thirds of those voting in annual conference sessions.

But what are the three plans recommended by the Commission on a Way Forward? And how will they change the rules, regulations, and structure of the United Methodist Church?

The One Church Plan

The One Church Plan, the plan recommended by a majority of the members of the Council of Bishops, would remove language found in the Book of Discipline concerning homosexuality.

It would allow the ordination of LGBTQ clergy in the United Methodist Church and for pastors and churches to conduct same-sex weddings.

But for those pastors and churches that choose not to perform or host same-sex weddings, it offers religious freedom protections. It also protects Boards of Ordained Ministry and bishops who do not wish to ordain LGBTQ persons in their Conference.

According to the report submitted by the Commission on a Way Forward, the One Church Plan “grants space for traditionalists to continue to offer ministry as they have in the past; space for progressives to exercise freely a more complete ministry with LGBTQ persons; and space for all United Methodists to continue to coexist without disrupting their ministries.” (pg. 11 of the report).

It’s also important to note that the One Church Plan does not affect the Central Conferences of the United Methodist Church; the churches of Africa, Europe, and the Philippines.

These Conferences, according to the report, “through the work of the Standing Committee on Central Conference Matters, will have the authority to retain the present language regarding chargeable offenses of clergy and questions of ordination related to homosexuality found in The Book of Discipline (2016) or adopt wording in these paragraphs that best serves their missional contexts.” (pg. 11 of the report).

According to the report, The Traditional Plan seeks to strengthen “accountability to the current Book of Discipline language.”

This plan keeps many of the same guidelines that are currently in the Book of Discipline, while also strengthening specific language regarding LGBTQ marriage and ordination.

It would also put into place strict penalties against those who disobey the Discipline’s teachings on LGBTQ clergy and weddings. Bishops, pastors and annual conferences would be required to certify their adherence to the Book of Discipline’s standards regarding LGBTQ marriage and ordination as well.

For those who violate the Discipline’s rules, penalties will include surrendering of clergy credentials, encouraging annual conferences to form “autonomous, affiliated, or concordat churches,” and for bishops to be ineligible to receive compensation and encouraged to join an “autonomous, affiliated, or concordat church” formed by the previously mentioned separated annual conferences.

The Connectional Conference plan requires the most changes to the current structure of the United Methodist Church and is the only plan that involves the passing of Constitutional amendments.

According to the report, “This plan creates three values-based connectional conferences that have distinctive definitions of accountability, contextualization, and justice.” (pg. 26 of the report).

With the ability for each conference to construct their own Book of Discipline, issues of theological disagreement – including the ordination and marriage of LGBTQ persons – would be left up to the conference and not the overarching General Conference, as it currently operates.

These are the basics of the three plans submitted by the Commission on a Way Forward, but it is certainly not all of the changes that would occur if one of these plans passes at the Special Session of General Conference.

These plans could also see changes during General Conference thanks to the more than 78 legislative petitions that have been submitted for consideration.

Recently, the committee on reference met to review whether submitted petitions were “in harmony” with the Council of Bishops’ call for the special session.

The 48 petitions included in the Commission’s report were all deemed to be “in harmony,” while an additional 30 petitions outside of the report were cleared as well.

These petitions include the Queer Clergy Caucus’s Simple Plan – which would remove all language from the Discipline that excludes LGBTQ people from full participation in the church – and the Modified Traditional Plan – a version of the Traditional Plan that would add a committee to hold bishops accountable to the Discipline’s sexuality standards and a $200,000 grant to annual conferences that want to leave the denomination due to disagreements over LGBTQ issues.

There’s also the possibility that no one plan or petition receives a majority of votes at General Conference. In other words, nothing gets passed.

If the delegate votes are split in too many directions – in a way that prevents any single plan from receiving more than 50 percent of the votes – then the church will maintain the current language of the 2016 Book of Discipline.

However, with a regularly scheduled General Conference occurring in 2020, these petitions could once again be brought up for a vote a little more than a year from now in Minneapolis.

The special session of General Conference is a complicated event focused on a complex subject.

The subject of human sexuality has been a source of disagreement within the church for decades.

With the 2019 special session, the United Methodist Church has the opportunity to settle the debate over human sexuality in the church – if not permanently, then at least temporarily.

For a more detailed look at the One Church, Traditional and Connectional Conference plans submitted to General Conference, the Commission on a Way Forward’s full 93-page report is available for reading online at http://www.umc.org/topics/general-conference-2019-special-session.