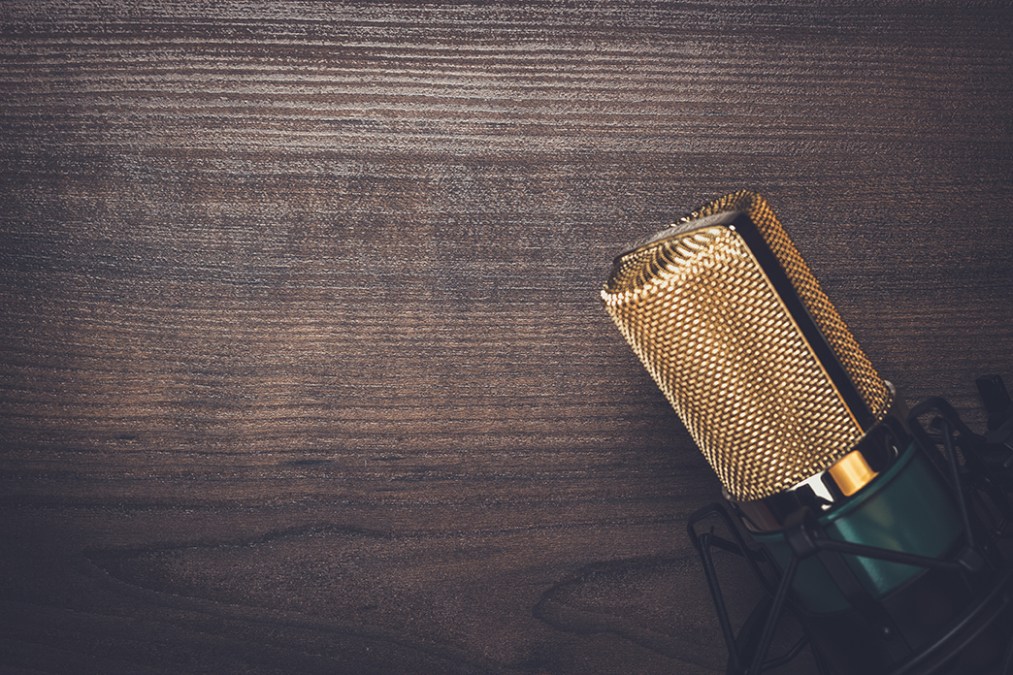 Podcasts have become sort of a worldwide entertainment phenomenon in the past decade.

The shows, which are similar to radio talk shows but available on the internet and downloadable for on-demand listening, can cover a wide range of niche topics.

Even Christian leaders are getting in on the podcast craze, with shows dedicated to right-leaning, left-leaning and centrist theologies covering a wide range of hotly debated religious topics.

For United Methodists in Arkansas, podcasts create an outlet for reaching more people in the conference – and oftentimes outside of Arkansas – in ways that were never possible before.

“We started the show to have fun, but the overall goal is one of inspiration. We try to interview people that are doing positive things in the world and inspire other people to go out and do it,” said the Rev. Bill Sardin, co-host of The Happy Hippie Jesus Show podcast.

Sardin, along with the Rev. Jeremy Pressgrove, set out to create a show that could spread some positivity in a world overrun by harsh and negative thoughts. The Happy Hippie Jesus Show came out of talks that Sardin and Pressgrove had about the current state of the world.

“Bill asked me what kind of show I wanted this podcast to be. I said all I know is I’m sick of all of the negativity. I’m bored with it,” Pressgrove said. “He said to me, ‘so you basically want the happy hippie Jesus show?’ And that’s where the name came from.”

On every episode, Sardin and Pressgrove interview a new guest; typically, someone who has an inspirational story or an amazing idea for empowering and growing the church.

Their first guest was the Rev. Jonathan Griesse, senior pastor at Elm Springs United Methodist Church, but many of their guests also come from outside the Arkansas Conference. Lisa Hess — professor of practical theology and contextual ministries at United Seminary and author of “The Companionable Way” — and Brandon Clements — pastor at a Midtown Fellowship in Columbia, South Carolina and co-author of “The Simplest Way to Change the World” — have both been guests on the podcast.

For Sardin and Pressgrove, the goal is not to seek out people in the United Methodist Church who think and believe the same way they do; they are simply interested in telling positive stories.

Stephen Copley, executive director of Interfaith Arkansas, also chooses to look outside the United Methodist Church for guests on his podcast, We Are Arkansas.

Much like Interfaith Arkansas, which seeks to connect believers from all faith traditions toward a common goal of unity and celebration of diversity, Copley’s podcast invites believers from many different religious backgrounds to discuss their faiths, including Buddhists, the Baha’i community, Muslims, Hindus, Jews, Unitarian-Universalists and others.

“Whether we’re Jewish, Muslim, Christian, immigrants, folks who have been in prison, folks who are low income, or those who are wealthy, we really are Arkansas. We really are more alike than different. And that’s where the podcast name comes from.”

Copley, who is an elder in the United Methodist Church and a commissioned missionary, started We Are Arkansas to get the message of Interfaith Arkansas to a wider audience.

Typically, Copley interviews a special guest from a local faith tradition. By asking questions and digging into the lives of his guests, Copley is able to shed some light on religions that many people in Arkansas – a state that is 79 percent Christian, according to a Pew Research Center study – might not know about.

In the future, Copley is planning on shifting the focus from exclusively religion to social topics that affect Arkansans, such as the recent opioid epidemic that has claimed the lives of hundreds of Arkansans in the past few years.

“We want to connect these topics to local congregations. How could this impact someone who is in a local Methodist church or the local temple or mosque? We want folks at that level to learn and understand. And we want them to engage with their community and realize how something like this affects all of us.”

Sometimes, podcasts are used by existing organizations to reach their listeners in new ways; particularly millennial and Generation Z listeners.

Alyssa Burleson, a volunteer with the Ozark Mission Project, started the OMPodcast for exactly that reason.

OMP Executive Director Bailey Faulkner brought the idea to Burleson after she was a guest on The Happy Hippie Jesus Show.

“At first, we started the podcast to share stories about OMP and interview past OMP volunteers and workers, but the more we did it, the more we realized that the podcast was a great way to let the youth and their parents know about our events and what we have going on during the summer,” Burleson said.

One of their latest episodes covers OMP 101, a mid-summer 3-day-camp for fourth and fifth graders who are interested in learning more about OMP and the work that they do.

“I think having this podcast is great because OMP is known primarily for our summer camp ministry, but we have employees working year round on events.”

Podcasting can be a full-time job; so much so that lots of people who once thought of podcasting as just a hobby have now turned it into their main source of income.

With so much time and preparation required for producing a high-quality podcast, it might seem like it’s a hobby that’s far too burdensome for those with other full-time jobs.

According to podcasters, though, if you love what you’re doing and you make space for it, it won’t seem like a strain; it’s a chance to do something more with your time.

Sardin and Pressgrove, who are both full-time pastors at United Methodist Churches, find time to do the podcast during the week and don’t see it as a time-consuming task. They believe it’s an extension of their ministry as clergy and, as Sardin explains it, “a way to feed our soul.”

“In all work, you can find time to do the things that are important to you. And as long as we don’t schedule an interview on a Sunday morning, then we’re all set,” Pressgrove said.

Burleson, who is preparing to attend seminary this year and will soon be a full-time student, manages to find time to record the podcast in the midst of her busy schedule. But for her, recording an episode is never a burden.

“Every time I get done recording, I’m just in the best mood and the best spirits because speaking to so many different people who have the biggest heart for service is so incredible to hear,” Burleson said. “And I just hope that something that was said during the podcast struck a chord with them and they choose to keep listening.”