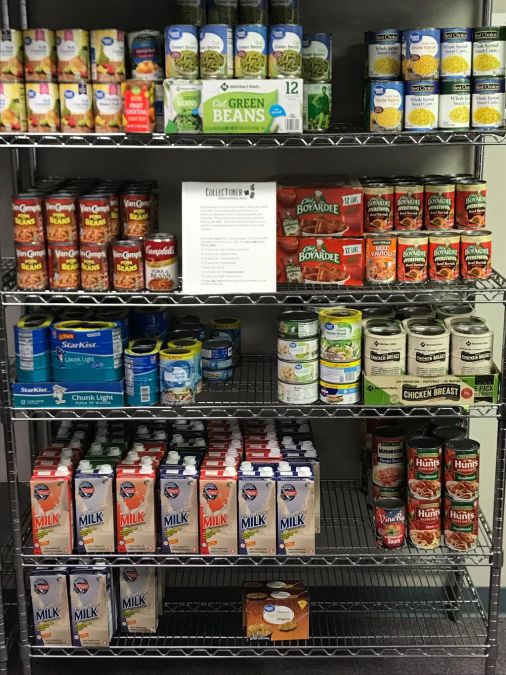 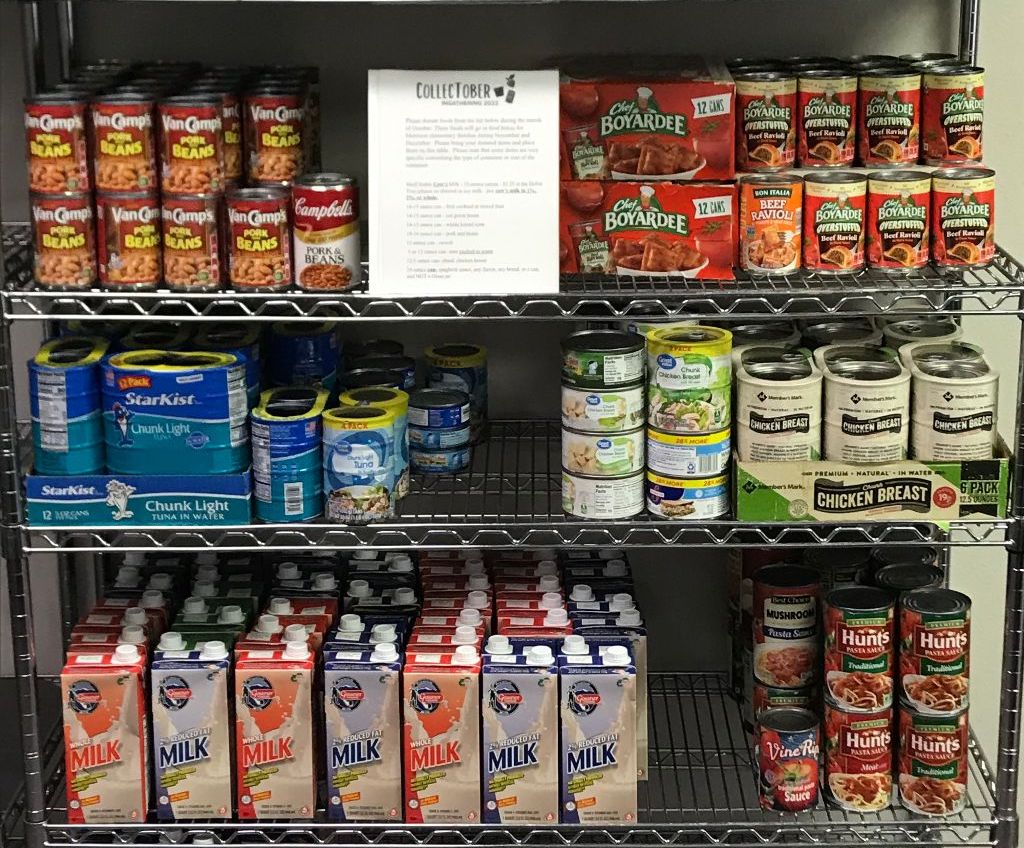 For 45 years, United Methodist Churches in Arkansas have participated in Ingathering, a 200,000 More Reasons state-wide service event to replenish disaster relief supplies and feed the hungry. This year’s Ingathering included a month-long collection event, entitled Collectober, during which churches and districts were given a challenge to “one-up” themselves by collecting more disaster kits and food than last year.

During the month of October, Faith United Methodist Church in Fort Smith collected canned food items that will be used in Thanksgiving and Christmas food boxes for students at Morrison Elementary School. In 2021, Faith UMC collected $775 for their “Bucks for Books” campaign, which purchased 152 books. So their goal for this year’s collection event was to one-up themselves by collecting 153 items of food.

Ingathering will be held on November 12 at the Arkansas Food Bank in Little Rock. Learn more about this year’s event here.

Bauxite, AR (October 18, 2022) – A baby’s first Halloween costume is often an exciting and adorable rite of passage for new parents. Families with babies in neonatal intensive care units, or NICUs, they might not normally have the chance to celebrate. These times can be deeply painful and exhausting for parents, no matter the season, but this year they may have a little Halloween treat.

To lift the spirits of hardworking staff and worried parents, Sardis United Methodist Church has taken on costuming the NICU babies at Baptist Medical Center in Little Rock that treats patients across the state. Last year, when Cheryl Kindervater saw photos of the Baptist NICU babies dressed up as little ghosts or ballerinas, her heart melted. 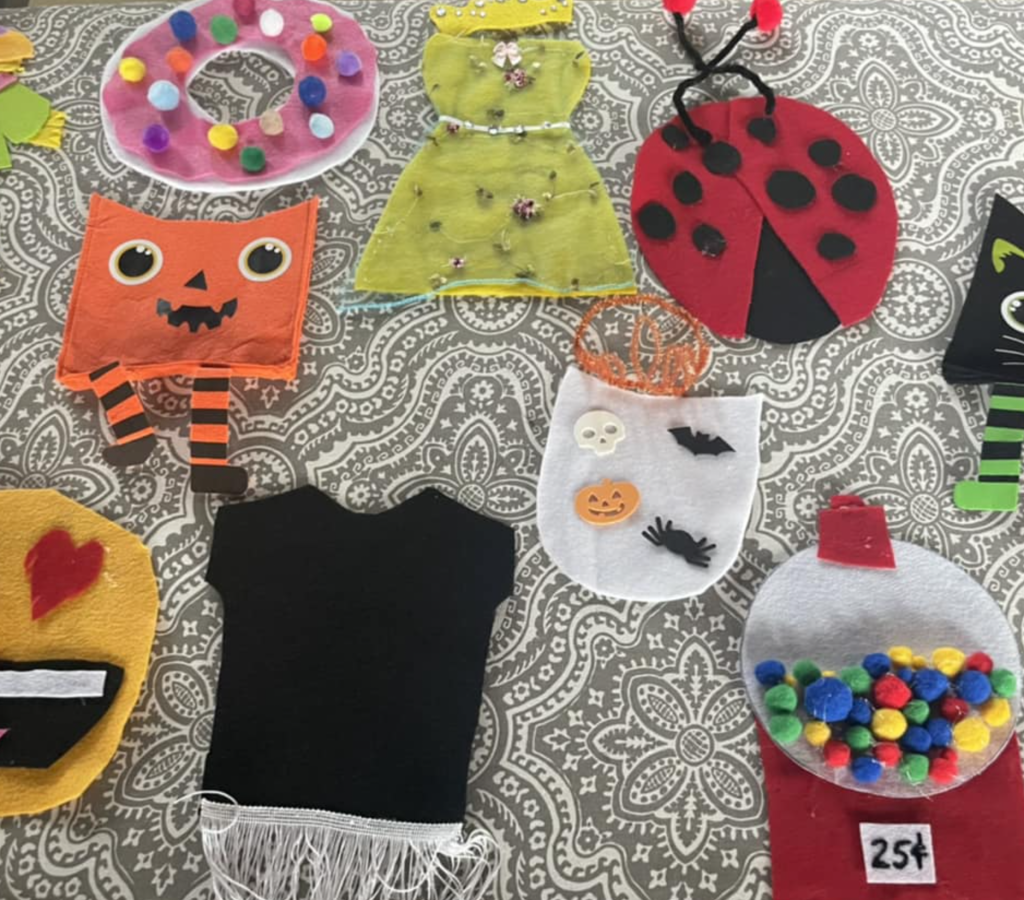 She heard from her friend, a NICU nurse at the hospital, that the average number of hospitalized infants who are preterm or have health conditions is around 50 at any time. The costumes were a task formerly performed by already busy nurses, and Kindervater took this opportunity to lift a weight from their shoulders. “Everybody in healthcare is stretched to the limit,” said Kindervater, a member of Sardis UMC and leader of the costume ministry.

Last month she rallied her congregation to help create a total of 53 costumes to send to the hospital in time for the holiday. The entire youth group even spent an evening cutting felt, gluing pom poms, and fashioning tiny pirate eye patches. Many babies in the NICU are intubated or attached to several monitors at once, posing a challenge for any clothing. The idea with these costumes is that they are made in one layer of soft, non-irritating material to lay over the top of the baby, leaving their lifesaving interventions undisturbed. “It’s just to give the parents a sense of normalcy and put a smile on their faces,” Kindervater said. This Halloween, even the tiniest trick-or-treaters and their sweet families won’t miss out on the fun. Sardis UMC hopes to continue this tradition for years to come.

On October 25, Karen Guinn, Sardis UMC administrator and a member of the baby Halloween costume ministry team, saw on her Facebook page a photo of a baby in a princess costume from the Baptist NICU in Little Rock.  The mom who posted the photo of her daughter shared her gratitude for this sweet costume and that it “made her day so bright after 80 long days in the unit.” She had no idea that it had been made by the hands of people from the church that her father attends, that has also been praying for Mom and baby for months.

“God knew the perfect little princess that needed this costume. I love how God orchestrated this so perfectly,” shared Guinn. 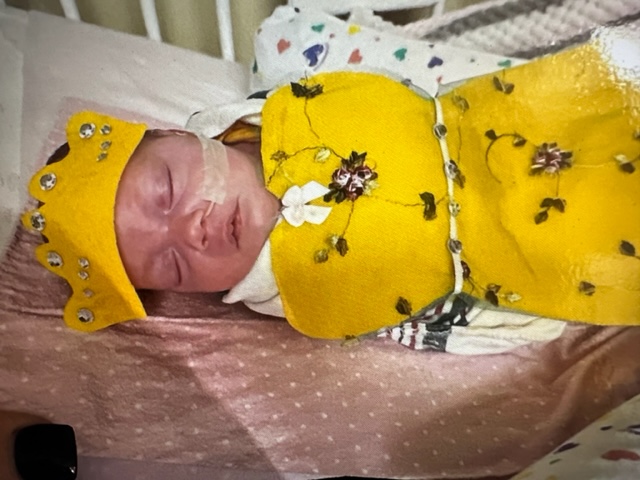 Sardis United Methodist Church is located in Southeast Saline County in Arkansas and is considered part of the Little Rock metropolitan statistical area. 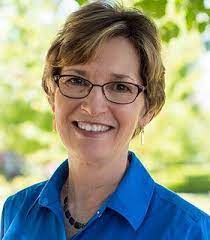 For the Rev. Rebecca Walker Boggan, Christian theology came with a melody and sometimes you could even dance to it.

The United Methodist deacon, who helped shape music ministry across the Arkansas Conference, died Oct. 18, 2022, in Little Rock, Arkansas. She was 67 and for the past two years had suffered from cerebral amyloid angiopathy, an incurable disease.

She is immediately preceded in death by her husband of 43 years and frequent ministry partner, the Rev. Dr. William “Kurt” Boggan. He died July 20, also at the age of 67.

Born on April 25, 1955, in Abilene, Texas, she met her future husband when the two were students at Southern Methodist University’s Perkins School of Theology in Dallas. She eventually earned master’s degrees in sacred music and vocal performance. She also taught music in Dallas during Kurt Boggan’s last year of seminary. The two wed in 1979.

The couple returned to Kurt Boggan’s native Arkansas, where they began raising a family. She served alongside her husband as he took on pastoral appointments in United Methodist churches across the state. In the 1990s, she followed her own call to ordained ministry becoming a deacon in 2000.

In The United Methodist Church, deacons are called to the ministry of the Word and service. For the Rev. Rebecca Boggan, that service took a variety of forms.

“If she saw a need in a local church, she would find a way to address it,” said her daughter, Dr. Ashley Boggan, the top executive of the denomination’s General Commission on Archives and History.

That included starting children’s ministries, leading youth choirs and helping guide the music at weekly worship. And she was supportive of multiple forms of ministry and outreach, including (but not limited to) Beers and Hymns, Care Cuts and Souls for Souls.

Even before becoming a deacon, she started what was then the Little Rock Conference Choir Tour in 1991. She led what became the Arkansas Conference Tour through 2007, bringing together United Methodist teens from across the state for a week of travel and singing across the country. At one point, the tour performed for the Clintons in the White House Rose Garden.

“Rebecca was the consummate church music professional,” said Bishop Charles Crutchfield, now retired. “Above all, she loved great music that served to inspire worship. She always brought a gracious spirit, a glowing smile and a depth of faith to our work together. She was simply a wonderful colleague.”

The Rev. Wm. Christopher Cooper, now retired, worked with Rebecca Boggan when he was senior pastor at both Cornerstone and First Little Rock. “She was very talented and always a hard worker and a perfectionist when it came to music ministry,” he said.

She also took church youth under her wings.

Among those who benefited from her mentorship was the Rev. Jeanne Williams, now pastor of Oak Forest United Methodist Church and head of the Wesley Foundation campus ministry at the University of Arkansas at Little Rock. Like her friend and mentor, Williams is also part of a clergy couple.

“She taught me early in ministry how to handle the lows and highs, and how to balance — perhaps ‘integrate’ is a better term — work and home life,” Williams said. “Her gift of creative worship is something I will always strive to emulate.”

In addition to daughter Ashley, Rebecca Boggan is also survived by her daughter Emily and her husband, Dr. André Wineland, of Little Rock as well as four grandchildren. 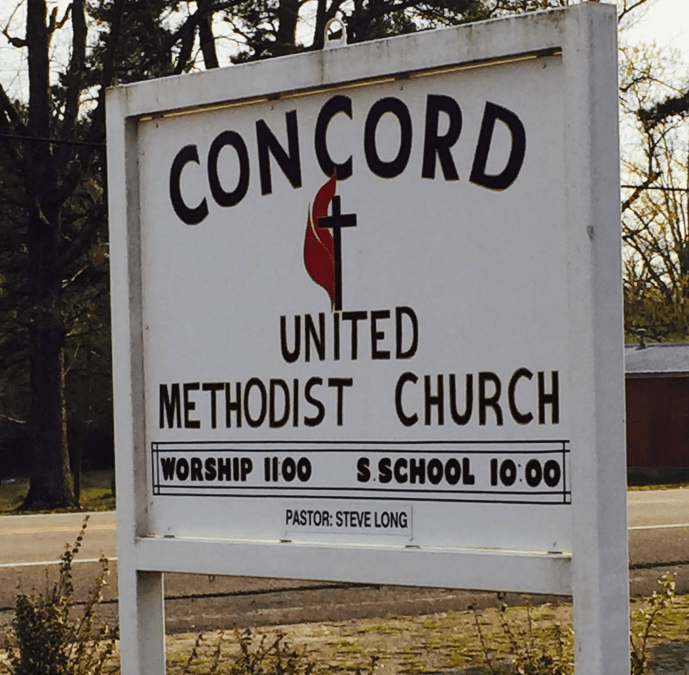 Fighting food insecurity is a year-round effort embraced by many United Methodist churches. The Arkansas conference’s month-long collection endeavor, affectionately dubbed ‘Collectober,’ encourages churches to gather food and disaster kits to supply those in need and concludes with the Ingathering event in November. To nurture this month’s ministry, we recognize previous seasons of giving led by churches in our conference.

Summers are a particularly difficult time for kids facing food insecurity without the benefit of school breakfasts and lunches. To fill in these gaps and keep young people fed during the break, the small congregation of Concord United Methodist Church in Concord, Arkansas, stepped up to the plate.

Over ten weeks this summer, Concord UMC members assisted their local school district’s childcare center in feeding children from six weeks to twelve years. With the help of a $2,000 grant from 200,000 More Reasons, an initiative supporting feeding and literacy ministries, the church was able to provide a total of 300 meals as well as weekly book selections to send home with the kids in attendance. Meal bags were packed at the church, delivered to the center, and then distributed by the center’s staff each week. 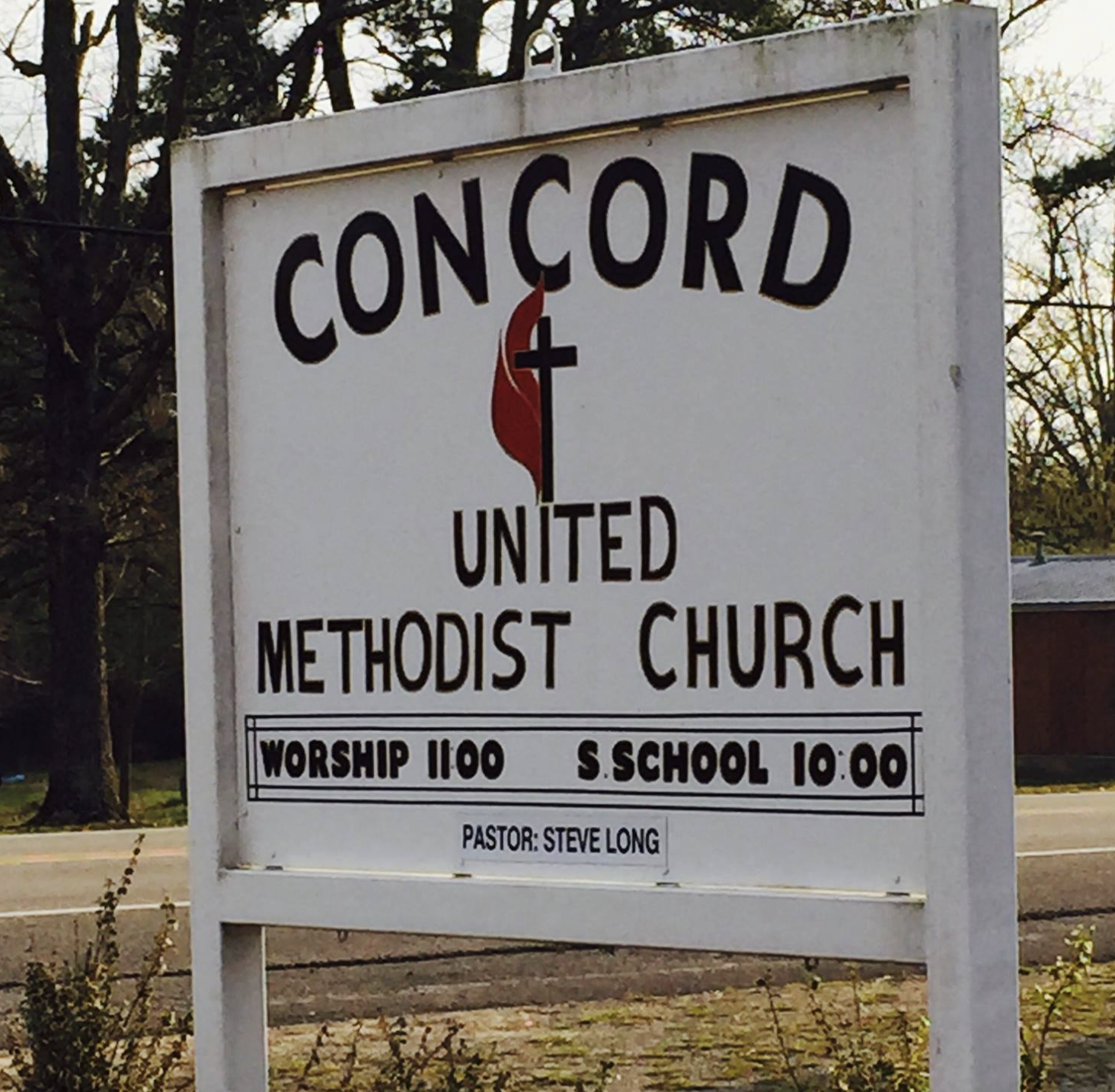 At the conclusion of the program, additional food was delivered to the Child Care Center to be used for filling food backpacks as needed during the current school year. Therefore, not only were the goals met in accordance with their grant, but they were also able to address the additional needs of food-insecure children well past the summer months.

“We are a tiny church with an average weekly attendance of around 10-15, so it was a pretty big challenge to undertake a project of this nature,” said Karen Cooper, a church member.

Concord UMC may be tiny, but its efforts were mighty. Record keeping, purchasing, packing, and delivery of the backpacks were quite a load for the few members able to volunteer. Upon each delivery, they were thanked profusely and assured of their gratitude for any extra help. Near the end of the summer, staff at the center mentioned to volunteers that parents said the program had been a lifesaver for their family.

“In our minds, that alone made all the hard work worth every minute and every penny,” Cooper said.

“Unfortunately, we had only $30,000 to grant, and only three ministries received the full $2,000. Most everyone’s full request could not be met, and we could not approve awards for 11 applicants. Which is just so unfortunate,” shared Mary Lewis Dassinger, Project Coordinator for the 200,000 More Reasons ARUMC initiative.

“The food collections encouraged through Ingathering and financial support to 200,000 More Reasons makes a difference to our United Methodist feeding ministries,” she added.