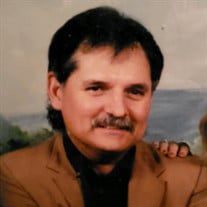 Farris Edward Howard, Jr., age 74, of Ozark, Arkansas died Friday, August 19, 2022 at his home. He was a retired Bus Driver, Study Hall Aide and Sports Videographer for the Ozark Hillbillies. Farris was a member of the First Baptist Church of Ozark and Ozark Recreation Club. He was a HUGE WWII Model Aficionado and Sports Collector, which is why he was known as the “Hoarder.” Farris was born July 11, 1948 in Falfurrias, Texas to Farris Sr. and Rita Cantu Howard. He was preceded in death by his parents, two brothers, Richard and Dennis Howard; two sisters, Jo Ann Howard-Hayes and Barbara Howard-Wilson; and one daughter Kristi Wilcox.

Funeral service will be held 10:00 AM Wednesday, August 24, 2022 at First Baptist Church in Ozark with Brother Ben Lairamore and Brother Ted Darling officiating under the direction of Shaffer Funeral Home.

Honorary pallbearers are Merle DelSoto, the First Baptist Church Kitchen Crew and every student and athlete he filmed or transported on a bus.