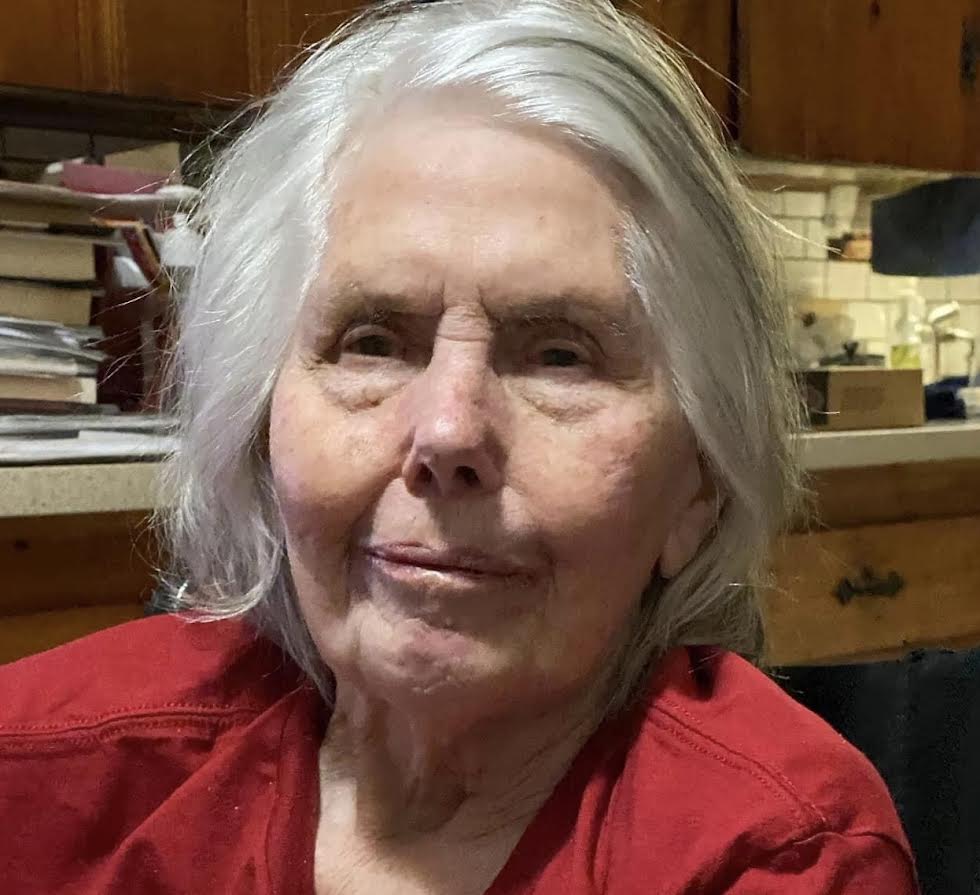 Gwendolyn “Gwen” Jane Lapham Efird left her earthly life to return to her creator on June 24, 2022 following a courageous struggle with Dementia.

She was born on December 13, 1933 in Eastport, New York to Harold Church Lapham and Estelle Andrews Lapham. She grew up in Islip with her siblings Evelyn, Bob and Harold. She was the youngest of her siblings and was affectionately known as “Susy” growing up. This is because her father called her his brown-eyed Susan.

As a teenager she was especially fond of babysitting her nieces and nephews. She also enjoyed trips to the near-by beach in Islip. She regularly attended Islip Methodist Church and was active in youth fellowship there.

After graduating from High School in Islip she attended Capital City School of Nursing in Washington DC.

Following that she matriculated to Vanderbilt University to obtain her Bachelor of Science in Nursing. While at Vanderbilt she was active in the Wesley Foundation Methodist Fellowship.

It was there that she met a seminary student, Ernest Eugene (Gene) Efird, of Little Rock, Arkansas, whom she married on June 16, 1957, at the Islip Methodist Church. They were married for 65 years.

Following their graduation from Vanderbilt, Gwen and Gene lived in several small towns in Tennessee and Arkansas where Gene served as a pastor and Gwen worked as a hospital nurse.

They settled in Little Rock in 1968 and bought a home by Jimerson Creek which remained their family home off and on for the rest of their lives. Many fond memories were made there. She loved her neighbors and had a great community of support there over the years.

Gwen began working for the Little Rock School District as a school nurse in 1970 eventually becoming the first Health Services Coordinator of a public school system in the state of Arkansas.

She worked with the Governor’s wife, Betty Bumpers, to guarantee that all school children received their vaccinations. She also worked on a statewide level to increase the number of school nurses in all public schools.

After receiving her master’s degree in Psychiatric nursing, she worked to provide small group experiences for children struggling with mental health issues. She remained as Health Services coordinator for over 30 years and following her retirement continued to do contract work with troubled teens for another 10 years.

In addition to her love of her family and nursing she loved the United Methodist Church. In the 1980s she served as a Board Member of Camp Aldersgate and worked as a nurse at the Camp Aldersgate Med Camps.

Over the years, Gwen was always ready to do whatever was needed to be done to support Gene in the various churches he served. This included Sunday School teacher, Children’s Choir Director, Kindergarten teacher, Youth Director, and serving on various committees. Following Gene’s retirement they were joyous to join Pulaski Heights United Methodist Church.

One of her greatest prides was her work in recent years as the head of the Mission Life Committee at PHUMC. In this capacity she led many Medical Mission Trips to Guatemala. In addition to other mission work she served on numerous committees at PHUMC and was active in her Sunday School class and bible study.

In addition, she worked with many other committees at PHUMC and was active in her Sunday School class and bible study.

Gwen had a great appreciation for the out-of-doors and of the wonderful National Parks in our country. Over the years the family took many car camping trips to visit these parks. Gwen and Gene also traveled to many in their retirement.

Gwen loved to garden and work outside in her yard. She lived her life with courage and passed from this life to the next with grace and dignity.

Memorials can be made to the Mission Life Committee at Pulaski Heights United Methodist Church.

A memorial service will be held at Pulaski Heights United Methodist Church at a time as yet to be determined.

Gwen has “Fought the good fight. She has kept the Faith. She has finished the race.” And the World is a far better place for having had her in it! Thanks be to God!