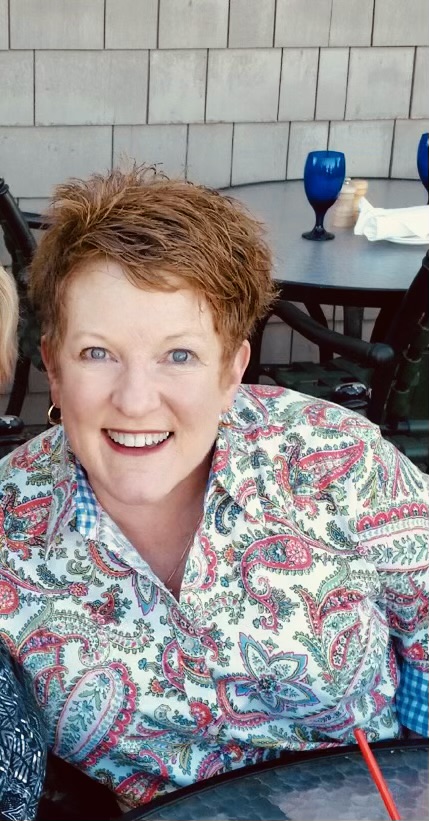 Pamela “Sadie” Diane Wilson Higdem passed away on June 27, 2022 at her home in Sherwood, Arkansas surrounded by loved ones. She was born on April 13, 1954, in Stuttgart, Arkansas to parents Claude W. and Betty Sue Glover Wilson who preceded her in death. She is survived by her husband, Brenton Higdem originally of Bagley, Minnesota; sister, Claudia Wilson of Spokane, Washington; daughters, Claudia Garrett of Myrtle, Mississippi, Rosemary Ezell, and Elizabeth Upton of North Little Rock, Arkansas; and stepson, Brandon Box-Higdem of Springdale, Arkansas; as well as the people who meant the most to her and call her Sadie, her grandchildren: Blaine, Anna, Norah, Beckett, Juliana, and Alexandria.

Pam was a nurse for over 40 years earning her RN and BSN from the Baptist School of Nursing in Memphis, Tennessee as well as a Certification of Public Health from UAMS in Little Rock, Arkansas. She worked for 30 years at the VA hospital in Little Rock spending most of her career in Infection Prevention. She then spent time working for Baptist Health, UAMS, and as a consultant for the Association for Professionals in Infection Control and Epidemiology. She was also a member of the U.S. Army Reserves Nurse Corps from 1986 to 2000 retiring at the rank of Captain.

She will be most remembered for her friendly demeanor, big smile, and even bigger personality. Pam never met a stranger and loved everyone with her whole heart. She strived to make sure anyone that came to her home was treated like family. She leaves behind a host of friends and extended family members who will miss her dearly.

“To my girls and Brent- I’ll watch over you. Be strong, dedicated to what is right, and give LOVE every day to those in your family first then to others. Don’t hold back your love because the more you give, the more you will receive. I love you very, very much and I am proud of you and Brent, I am so proud to be your wife. Thank you for loving me and my girls.” 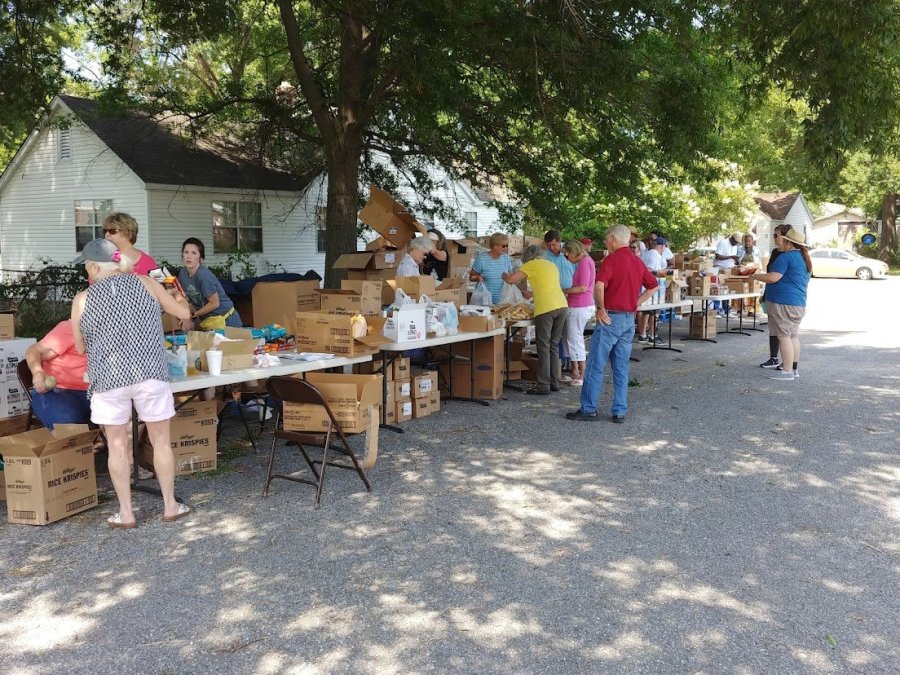 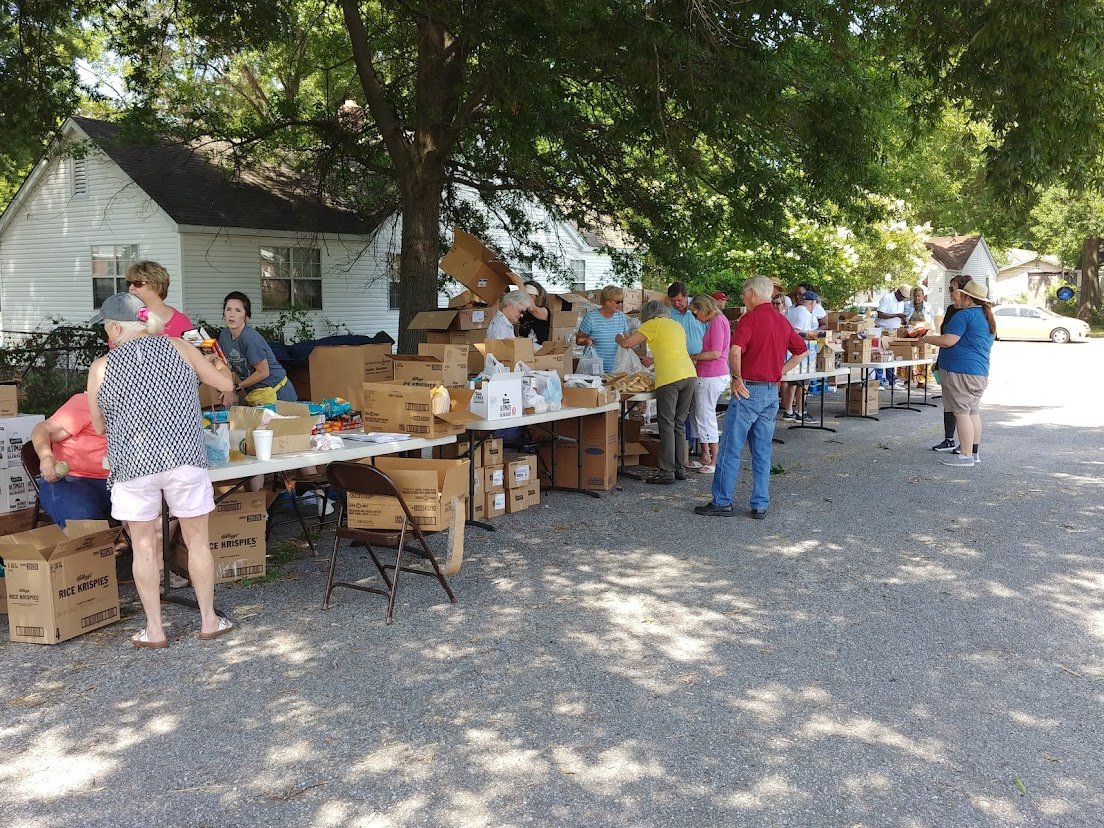 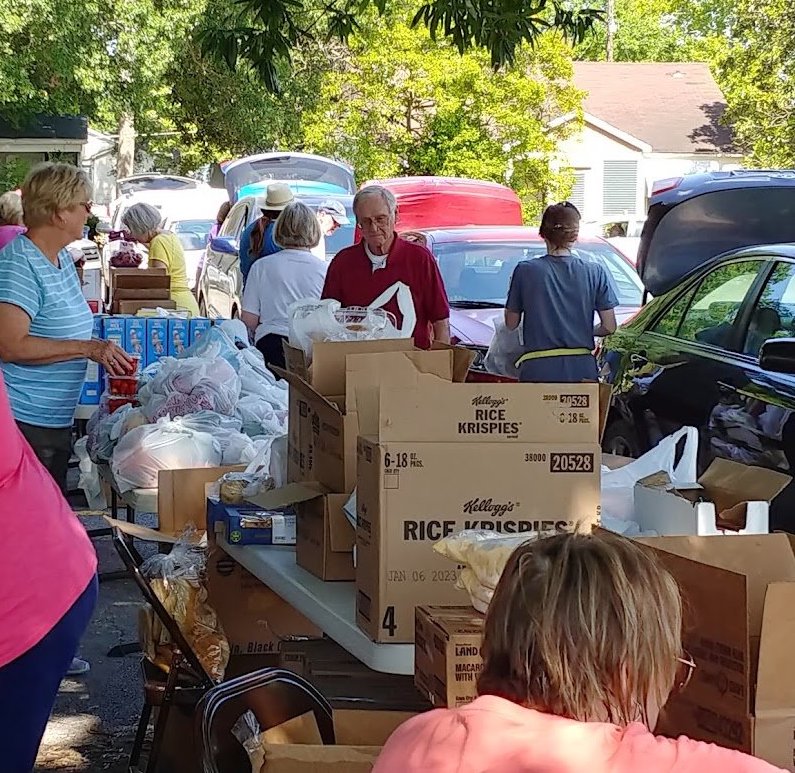 Volunteers from the church sorted, bagged, and boxed food, which was provided by the Mid-South Food Bank, for people to pick up.

Volunteers from the church sorted, bagged, and boxed food, which was provided by the Mid-South Food Bank, for people to pick up.

“We loaded trucks, back seats, hatches, and hands for our community residents and they so appreciated it,” the church said in a post on their Facebook page. “The line [of cars] stretched as far as you could see down Pine St. Seeing the people’s faces as they left with needed supplies was a blessing to us as well as to our community.”

“We are so thankful for our volunteers who worked out in the heat, making our residents’ day a little bit better. Many thanks to the Mid-South Food Bank for all their efforts and foods,” the Facebook post continued. “Thanks to Pastor Carissa, Pastor George, and all who helped make today such a great day!”

If your church is interested in starting a ministry that provides nutrition, literacy or stability to low-income families, please visit the 200,000 More Reasons webpage. 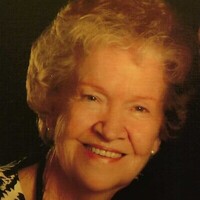 Margaret Newberry Reed went to her home in Heaven on June 26, 2022.

Margaret is preceded in death by her husbands Bob Newberry and Valton Reed, her parents Will and Grace Boyd, one sister Effie Fisher and four brothers Roland, Pete, Arvil, and Herman Boyd, son-in-law Dale Watson.

She is survived by her son Rev. Ron Newberry, his wife Debbie, one daughter Kay Watson, one sister Pug Battenfield, grandchildren Jimmie his wife Karon and children Brianna, Justin, Travis, and his 2 daughters Maggie and Emma and their mother Chelsea, Saundra Owen and her husband Jason, daughter Bella.  A grandson, Josh Newberry, and his wife Jamie.

Please be in prayer for Rev. Mark Norman and his family as he recovers from partial foot amputation surgery. 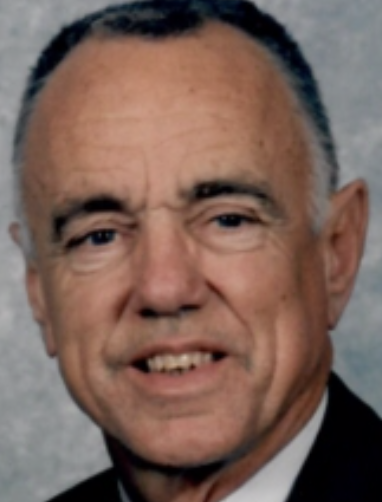 Rev. James Dell Keith (Brother Jim and HMP) fulfilled his calling on June 18, 2022. He was born in Hot Springs, Arkansas on November 7, 1935, to Morris and Mildred Braughton Keith.

He graduated from Arkansas State University in 1955 and holds a Master of Divinity degree from Iliff School of Theology in Denver, Colorado. He married the love of his life, Jane Mabry, in 1959 after only nine dates over three years! He began his ministry with the United Methodist Church as an associate minister in both Jonesboro and West Memphis, then served a three-point charge in St Francis County that included the communities of Widener, Round Pond, and Black Fish Lake. While studying in Denver, he served First United Methodist Church in Harrison, Nebraska. He returned to Arkansas and lead multiple United Methodist Churches as senior pastor including Corning, Sylvan Hills, Siloam Springs, Paragould, and Magnolia before transferring to the North Texas Conference. There he served as senior pastor for Grand Prairie and Paris United Methodist Churches before retiring in 1996. Retirement didn’t last long, as he returned to the ministry full-time leading churches in Bowie and Cooper, Texas. In 2000, he and Jane moved to Rogers, Arkansas where he served both Oakley Chapel and Central United Methodist Churches. He retired for good after 58 wonderful years in the ministry.

The number of weddings, baptisms, funerals, and sermons he preached are in the thousands. He had an incredible memory, never forgetting a name or a face. He knew how to connect instantly with people, making them feel at home and welcome, no matter their station in life. He loved a good junkyard almost as much as the pulpit, buying and selling countless numbers of antique automobiles throughout his life. His friends and those whose lives he touched are innumerable.

He is preceded in death by his parents; sister, Ruth Hilton; brother, Bill Keith; and his daughter, Patricia Keith Hedges. He is survived by his wife of 63 years, Jane Mabry Keith; son, James D. (Jim) Keith, Jr. (Pam), daughter, Sarah Keith Boyer (Andrew); brother, Robert Keith (Sue), sister-in-law, Glenda Keith; grandchildren, Ashton Necessary (Jason), Keith Hedges (Meagon), Madison Sexton (Andrew), Kate Keith, James D. (Trey) Keith, III, Tommy Boyer, and Sam Boyer. His great-grandchildren brought him great joy with their laughter and antics, telling him, “You can do it, Papa”, when simple things became a struggle. He and Jane had an opportunity to open their home while in Siloam Springs, leading to a life-long bonus daughter, PJ Cooper, and her daughter Rianna. They got another bonus daughter while in Paragould, Wendy Dunn-Gammarano, and her daughters Ashton and Kendal.

The family would like to thank the doctors and nurses at Mercy Wound Care, Circle of Life Hospice, Tiffany Brandenburg, and most importantly, Christel Kurtich, who tirelessly cared for Bro. Jim.

A memorial service will be held on Sunday, July 10, at 2 p.m. at Central United Methodist Church in Rogers, Arkansas, with visitation beginning at 1:00 p.m. Reverends Rob Holifield, Brian Youngs and James Kjorlaug will be officiating. Online condolences may be made at www.bentoncountyfuneralhome.com

Memorials may be made to your local United Methodist Church or the Museum of Automobiles, 8 Jones Lane, Morrilton, Arkansas 72110.