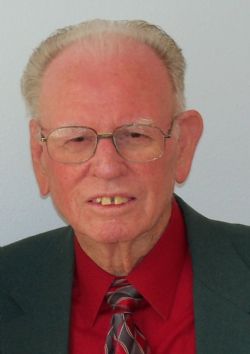 Herman Arvin Norris, age 90 of Monticello, went to be with his Lord and Savior Saturday, May 7, 2022, at Chapel Woods Nursing and Rehab in Warren, AR. He was born April 15, 1932, in Harrell, AR to the late Everett Norris and Annie Smart Norris.

He was a retired farmer, United States Navy Veteran, and member of Tabernacle of Faith Church. Herman enjoyed traveling, gardening, fishing, camping, and doing his churches maintenance. In addition to his parents, he was also preceded in death by his first wife, Rebecca Austin; and a son, Mitchell R. Norris.

The funeral service will be at 10 a.m. Tuesday, May 10, 2022, at Tabernacle of Faith Church in Monticello with Rev. Terry Norris and Rev. Ron Newberry officiating. Burial will be in Walnut Lake Cemetery in Dumas, AR. There will be a visitation from 5-7 p.m. Monday evening at Tabernacle Church.