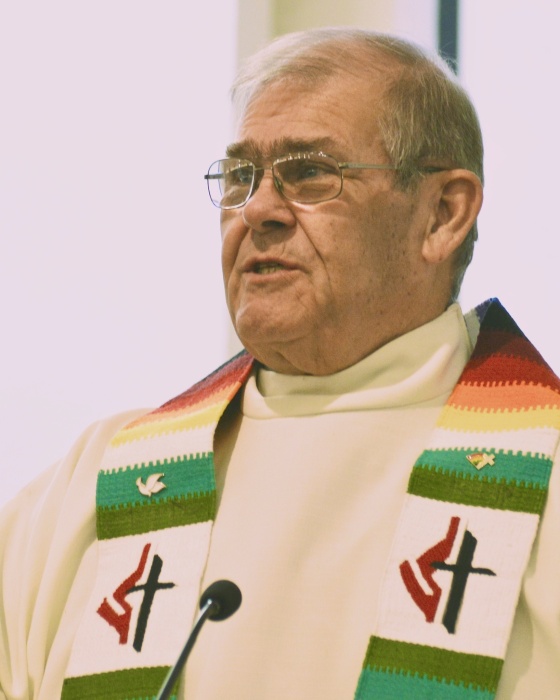 Rev. Charles Trabue Thompson, 80, devoted husband to wife, Linda Kay Thompson, and companion to Simon and Monette, passed away peacefully in the early hours of May 6, 2022, peacefully in his home.

Charles was born March 9, 1942, in Texarkana, TX, the oldest among 3 siblings to Charles Trabue Thompson Sr. and Mary Ruth (nee) Bell. He and Jerry Sue Keller-Thompson were blessed with 4 children: Sarah, Angela, John, and Christopher.

He was a DJ and a journalist before being called to the ministry of Christ. Rev. Thompson received his undergraduate education in Religion and Church Careers in Louisiana, his Master of Divinity degree and seminary training at Iliff School of Theology in Denver, and served as pastor in the United Methodist Church for the past 42 years in Almyra; Bayou Meto; Carr Memorial; Wilson; Clarendon; Aldersgate; Stephens Charge; Earle/Crawfordsville; Harrisburg First; and Pleasant Valley, all in Arkansas, and in Colorado including Paonia, Parachute, Fruita, and Crossroads UMC in Grand Junction. Debeque and First Congregational UCC, Koinonia. Charles considered it a privilege to fulfill his calling and loved his church families dearly and compassionately. He had a passion for missions and made several trips to Mexico. He held the Arkansas Walk to Emmaus close to his heart. He will be greatly missed.

Friends and family alike knew of his passion for music, art, planes, and trains. Charles and Linda also shared a love for rescue pets. He had great zeal for life and was always in search of his newest hobby – most recently, an avid coffee connoisseur and rose enthusiast.

Charles experienced great love and joy with his family and considered himself most blessed. He retired in AR but always wanted to get back to CO.

Along life’s journeys, he never stopped reminiscing about his adopted home. John Denver said it best, “I guess he’d rather be in Colorado…”