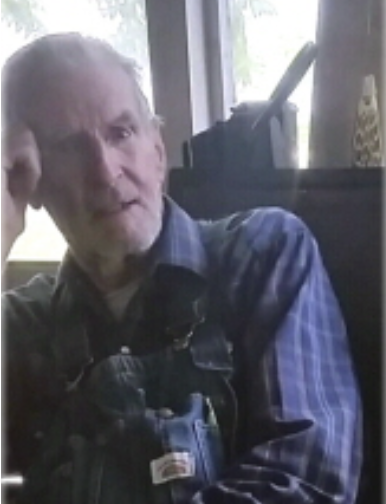 Winston Vern Rice, Jr., or just plain Jr. as he was known by everyone who knew and loved him, was called home on April 5, 2022 after a century of living life to the fullest here on earth. He was surrounded by his loving family when God called him home. He was born July 13, 1921 to Winston Vern Rice, Sr., and Thelma (Davis) Rice. He was born in an old box house on the very farm where he lived out his entire life except for 33 months that he was serving his country during World War II.

Jr. was a private person who loved to stay at home and work around the farm or build something in his shop. He was s retired carpenter who had continued to work until he was in his 80’s. Even when he finally retired completely in 2005 to care for his wife his knowledge of building homes was much in demand. People would bring him a house plan or an idea and ask him to give them his opinion or offer suggestions. His knowledge continued to assist his son in construction right up until his death. If you took Jr., for a drive on the streets of Waldron or many of the roads in Scott County there was very few that he would not point out a home and say “We built that” or “We put an addition on that”. His work lives on in homes he built with care and pride.

As he got older and it was harder for him to do as many things, he passed his time on his front screened porch watching traffic on the highway and enjoying the hummingbirds and squirrels in the big old trees in the yard. When his walking became difficult, he bought a 4-wheeler which he called his “legs” and continued to be active on the farm. He would bring his son baler twine to the field in the summer while bailing hay and run errands of all sorts on his 4-wheeler. He was still riding it last summer at 100 years old. Even at 99 years old almost every day he would tell his son or daughter-in-law I think I will go to the shop for a while. He never stopped being active or enjoying life and God blessed him with a long and healthy life.

He is preceded in death by his wife of 46 years, Wanda (Kopf) Rice, his parents, Winston and Thelma, one brother Gerald Rice and his baby sister Vivian Rice. He was the oldest of five children and he was loved and respected by all his family. He will be greatly missed by family and friends alike.

Graveside service will be held 10:00 a.m. Saturday April 9, 2022 at Birdsview cemetery with Diane Miller officiating under the direction of Martin Funeral Home in Waldron, Arkansas.