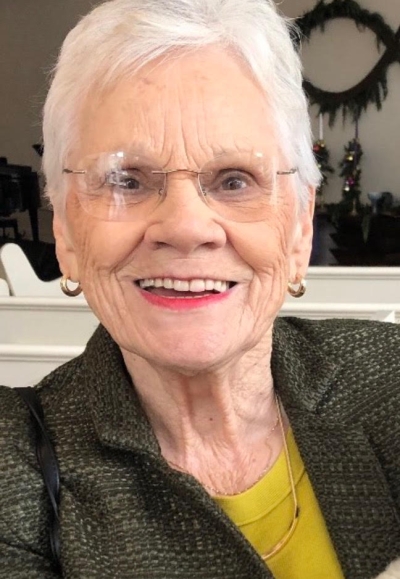 Johnnie Merle McDowell passed away on April 29, 2022, surrounded by her family. Born on August 5, 1933, in Yell County, Johnnie’s family moved to West Helena when she was a young girl, and she lived there until she moved to Little Rock to be closer to her children, grandchildren, and great-grandchildren. Thurman Robert “Bobby” McDowell was taken with Johnnie’s beauty, and they married on January 27, 1951. She and Bobby raised their three children in a happy and loving home with Johnnie loving them unconditionally and caring for them as the consummate homemaker. She was able to live independently until two days after Easter of this year, maintaining the same immaculate home, yard, and her beautiful appearance.

Bobby and her son, Rob, predeceased her, as did her parents, Otis Benton Watson and Grace Howell Watson, and six of her siblings: Earl Watson, Inez Cook, Neva Harden, Ida Matthews, Geraldene Von Kanel, and Nina England. She is survived by two other sisters, Betty Chambers and Lois Madonia.  She is also survived by her daughters, Debbie Dillier (Larry) of Bentonville and Patty Waddell (Bill) of Little Rock, and her daughter-in-love, Robyn McDowell of Gurdon. Cherishing her memory as their Mamaw are her grandchildren, Allison Wood, Elizabeth Robinson, Jessie Teegarden, Grace Waddell, Anna Waddell and Trent McDowell, and her great-grandchildren, Lawson Wood, John David Wood, Fisher Robinson, Lilly Robinson, Stella Robinson, and Georgia Teegarden. She delighted in each of them and they were her pride and joy.

The family will hold a private memorial service. Memorials may be made to Highland Valley United Methodist Church, 15524 Chenal Parkway, Little Rock, AR 72211. The family extends its heartfelt gratitude to the staff in the ICU South Unit of Baptist Health for their tender care and support during Johnnie’s last days.